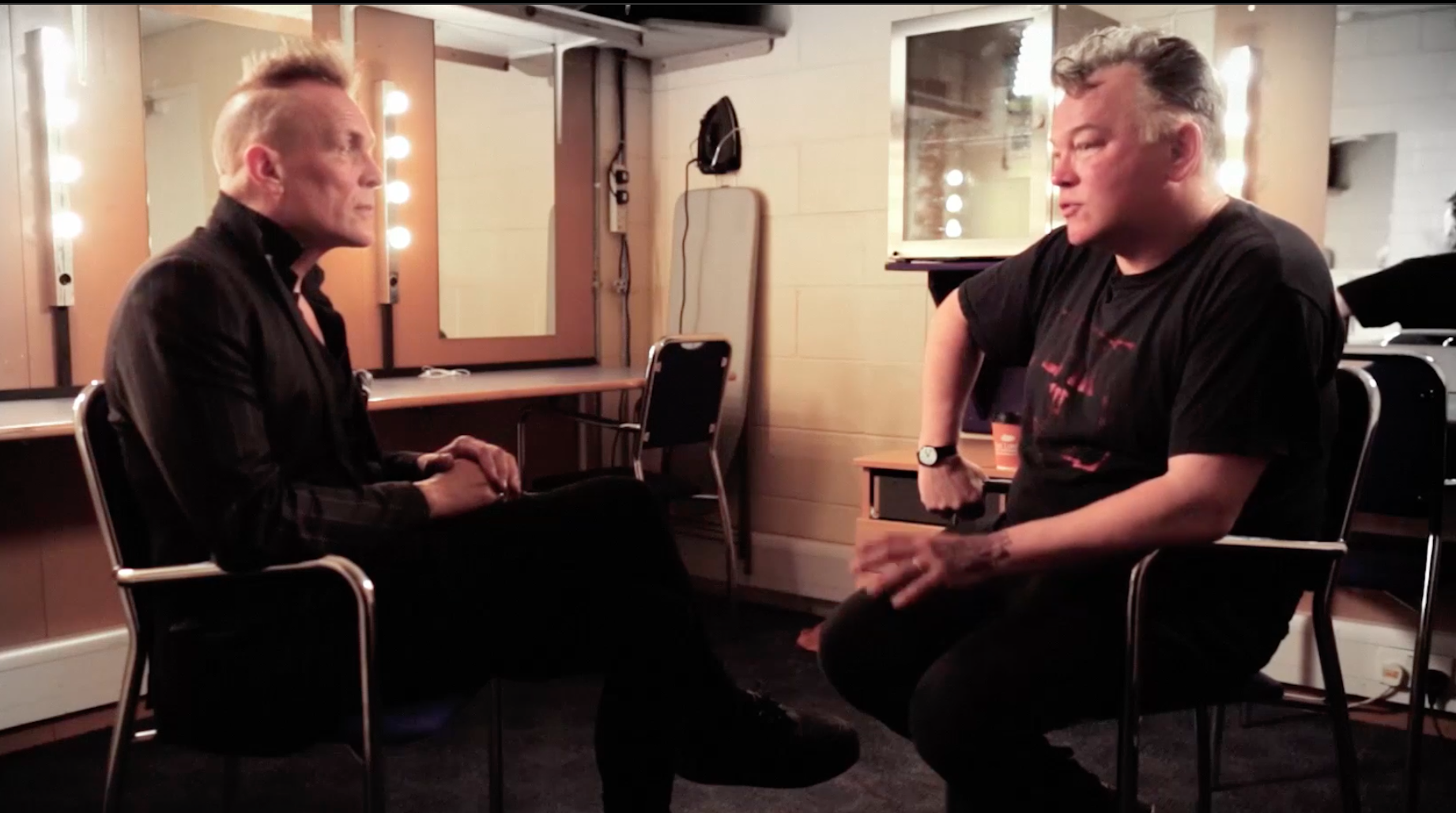 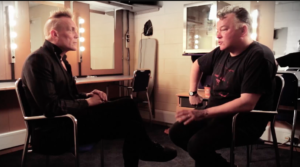 John Robb has been filming a series of one hour in conversations for Lush (the soap company). We are in the process of setting up a multi media channel.

The first episode of our ‘In Conversation’ series with John Robb features comedian and writer Stewart Lee. The interview took place at the Lowry Theatre in Salford while touring his ongoing ‘Content Provider’ show.

Mark Thomas is unlike any other comedian currently operating in the UK for many different reasons. John Robb caught up with Mark Thomas at the Liverpool Playhouse on a quest to find out more. Join Mark & John in conversation here about activism, comedy, touring and music as a radical force for change.

John Robb in conversation with best selling crime author Ian Rankin as they talk about music, childhood and Scottish literature. Come along as we dive into the mind of an author at the forefront of his craft!

Join John Robb in conversation with Green Party co-leader Caroline Lucas, as she chats about her political enlightenment and inspiration, in the form of literature, protest and the world we live in. Sit in on an intimate discussion.

Writer, artist and activist Penny Rimbaud investigates the question; Is there a real world? in an intimate discussion with author, musician and Louder Than War founder John Robb. Filmed in front of a studio audience at the Lush Studio Soho.

Brix Smith Start is the lead vocalist and guitarist with Brix & The Extricated, and perhaps best known as a former member of The Fall. Brix was filmed in conversation at the end of 2017 before the sad news of Mark E Smith’s untimely passing and talks in depth and honestly about her time in the Fall, her life, her autobiography and her varied and fascinating life…

Josh Coombes is a hairdresser with a huge salon: the streets of London. The 29-year-old has been giving free haircuts to homeless people for the past year. Photos of the results are posted on an Instagram account which has thousands of followers. It’s part of an campaign which is using the hashtag #DoSomethingforNothing, to encourage people to help others, any way they can.

In this conversation, John Robb talks with Danielle de Picciotto and Alexander Hacke about freedom of movement, creative expression, their new music, tape labels and a DIY approach to music, Berlin before the wall was torn down and much more.

Clayton Thomas-Müller is a member of the Treaty #6 based Mathias Colomb Cree Nation also known as Pukatawagan located in Northern Manitoba, Canada. Based in Winnipeg, Manitoba, Canada, Clayton is the ‘Stop it at the Source’ campaigner with 350.org. Clayton is involved in many initiatives to support the building of an inclusive global movement for energy and climate justice. He serves on the board of the Bioneers, Navajo Nation based, Black Mesa Water Coalition, Indigenous Climate Action and Global Justice Ecology Protect Clayton has travelled extensively domestically and internationally, having led Indigenous delegations to lobby United Nations bodies, including the UN Framework Convention on Climate Change, UN Earth Summit (Johannesburg, South Africa 2002 and Rio+20, Brazil 2012) and the UN Permanent Forum on Indigenous Issues. Clayton has coordinated and led delegations of First Nations, Native American, and Alaska Native elected and grassroots leadership to lobby government in Washington DC; Ottawa, Canada; and the European Union (Strasbourg and Brussels). He has been recognized by Utne Magazine as one of the top 30 under 30 activists in the United States, by Yes Magazine as a Climate Hero and is featured as one of ten international human rights defenders in the National Canadian Museum for Human Rights. For the last fifteen years, he has campaigned across Canada, Alaska and the lower 48 states organizing in hundreds of First Nations, Alaska Native and Native American communities in support of grassroots Indigenous Peoples to defend their traditional territories against the encroachment of the fossil fuel industry. This has included a special focus on the sprawling infrastructure of pipelines, refineries and extraction associated with the Canadian tar sands. Clayton is a media producer, organizer, facilitator, public speaker and writer on Indigenous rights and environmental & economic justice.

Yossi Ghinsberg is an Israeli adventurer, author, humanitarian, and motivational speaker based in Australia. John Robb caught up with Yossi to discuss his life’s journey, his learnings and also his story ‘Jungle’ which has recently been made into film starring Daniel Radcliffe