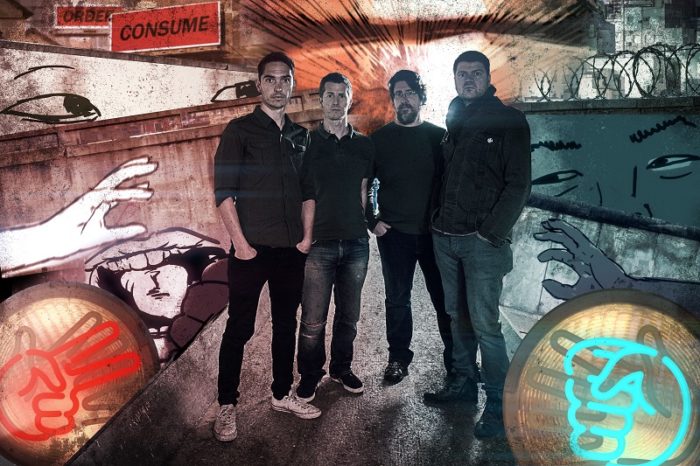 Ammunition is AKIVA’s full-blooded roar of defiance, set to a king-sized independent-rock backdrop. It opens with a slick, hypnotic bass-and-drums groove that flowers into a widescreen assault of big guitar lines, horn-like melodic stabs and, unforgettably, that angry yet anthemic vocal.

From frontman Dave MacKenzie’s opening “Pay Attention, Pay Attention” salvo through to memorably prophetic lines such as “Before you know it we’ll be arming both sides”, it soon becomes crystal clear that AKIVA have written an important song, full of passion and satirical observation to underscore the fast-shifting, global crisis of our time. Louder Than War are pleased to be able to premiere the excellent animated video in full below: