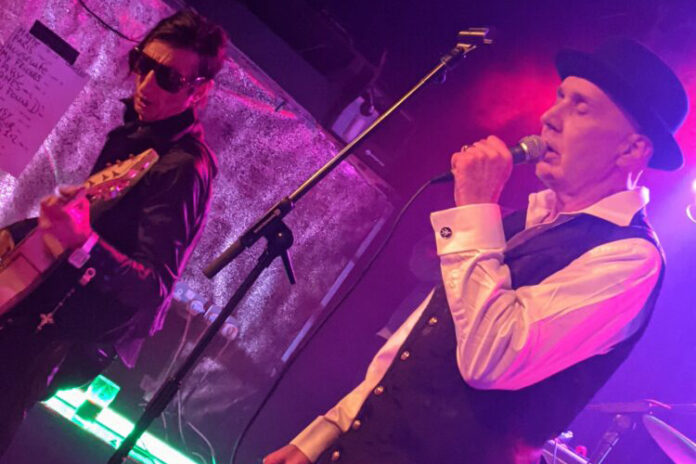 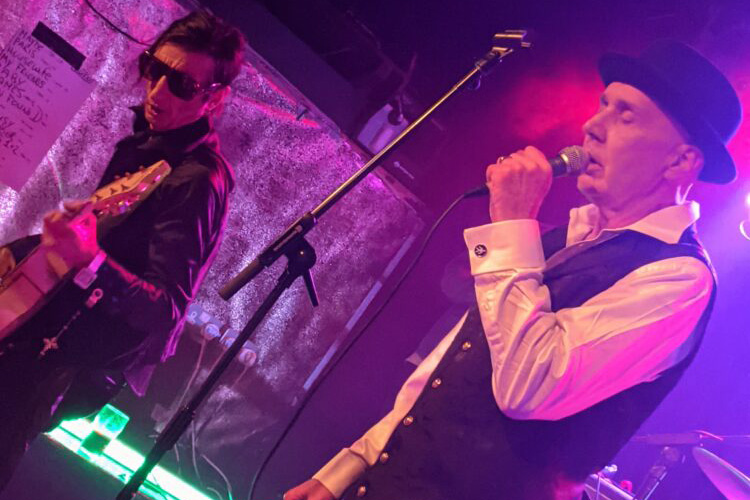 Ged Babey missed both recent 40 years on, reunion gigs in London but his friend Andy Blade (from Eater, solo artist and author) didn’t.  So, in a ‘was the reviewer actually even there?’ type scenario here is a second hand conversational account of both Wasted Youth gigs as a preview of them supporting Psychedelic Furs on tour, starting at the Royal Albert Hall tonight, 5 April 2022

(Day after the February gig)

Andy Blade: I thought I might see you last night, Wasted Youth were fucking great! Ken Scott’s new ‘Peter Cushing’ look is the best rehabilitated frontman look EVER! He was boss. Rocco was on a bit of a star trip, and very pissed. He fucked the set up a bit, but was every inch the rock star. They’re pretty good foils for each other.

I hadn’t intended going, it was only a last minute thing, my expectations were low. So a nice surprise on all fronts.

Ged Babey: I’ve seen bassist TC described as,”the coolest bassplayer ever” online. A striking woman (and of course the mother of Rocco’s children). Having a glamorous woman in Wasted Youth fits their whole schtick doesn’t it?

TC is definitely a bonus, a ‘chick bassist’ is sometimes a crucial lure for a band, but in this case, doesn’t change the focus. it really is all about Ken and Rocco – the survivors. Thee Hypnotics guitarist and the drummer – the ‘youngsters’ – are great and did well to hold the songs together, with the ‘technical issues’ Rocco was facing!

This one was a lot tighter & Ken seemed happier with no drinking before stage time rule, a sensible decision.

Ken Scott seems to cut quite a striking figure, despite the walking stick and a hat, 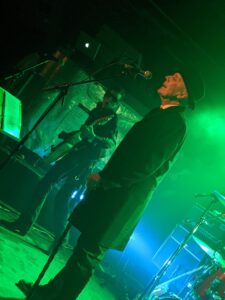 Ken has real presence, that I found mostly absent in during the hair days – the fact he has the walking stick adds to his slightly ghoulish presence. Because it is so un rock n roll it makes it much more rock n roll than trying to be a rock god. He never took his hat off during the first gig, so I didn’t even consider the ‘bald’ thing, it didn’t seem to matter. Last night he removed his hat for a few seconds, and lo and behold, no hair, but again, because he’s not doing the ‘goth hair rock star’ thing, it just makes him more enigmatic.

Paris, France & Housewife, for sure. Classics. Paris, France is one of the all-time great rock n roll singles. My Friends are Dead was quite poignant, with half the band having met early deaths, compounded by a long list of ‘friends of the band’ all of whom Ken, pastor like, dedicated the song to. I suspect some of the audience, by the look of them, imagined they were at a kind of Goth-memorial service.

Was Rocco a bit less intoxicated this time?

He was 3000% better. I would even say professional. The difference was huge. But I’ve been there… all that waiting around before a gig, what else to do?

Being blown away by them this time round has virtually nothing to do with any other time I’d seen them in the ’80s. It’s a different, much more interesting proposition: the juxtaposition of an enigmatic, out of place, but perfectly in place, Peter Cushing fronting a slightly gloomy but glamorous rock band, complete with ready-made classics… it’s almost a piece of theatre.

I wouldn’t normally go to see a band twice in a decade, let alone the same band in two months (with all the fucking train hassle especially). That says a lot to me, as in – this is quite special (whilst it lasts).

How will they do on bigger stages supporting the Furs?

I think they’re perfect for a big stage, and I can’t think of a more suitable band to play with The Furs. I’m pretty sure most Furs fans would be au fait with Wasted Youth, and if they not, they have a treat in store.

YouTube video nicked without permission – many thanks to 2XTANZ for filming