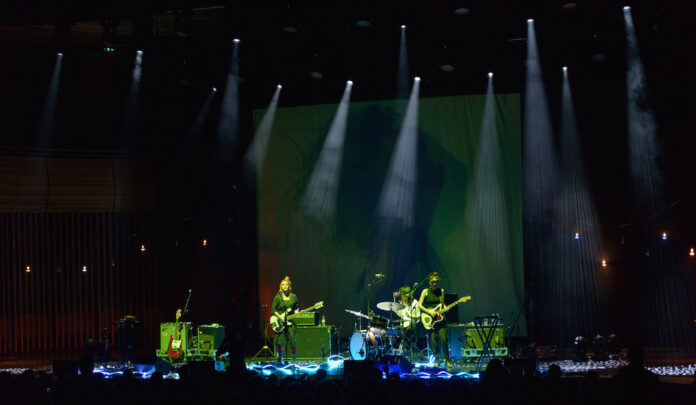 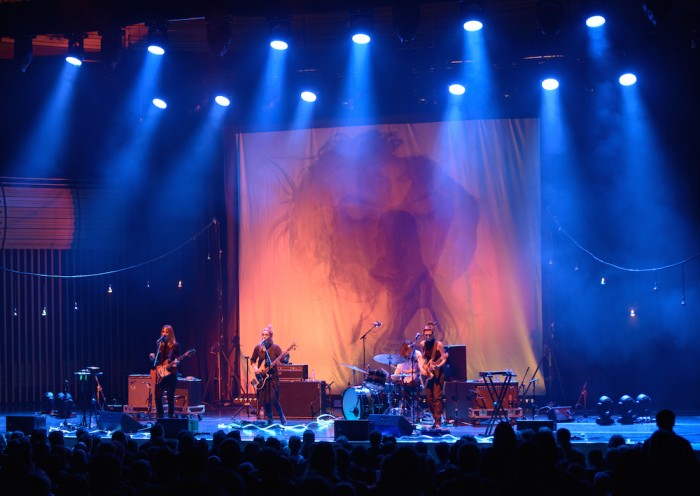 The mighty Warpaint finally return to Newcastle after far too long, immediately setting about bedazzling this packed crowd with their plethora influences. What transpires is a beguiling evening packed with beauty, delicacy and some phenomenal disco bangers.

After what has seemed like an age, Warpaint are finally tearing their way across our fair shores. Tonight sees them rolling into the incredible Sage Gateshead, they’ve also brought the phenomenal duo The Garden with them. As The Garden takes to the stage, twins Wyatt and Fletcher are certainly in the mood to party. 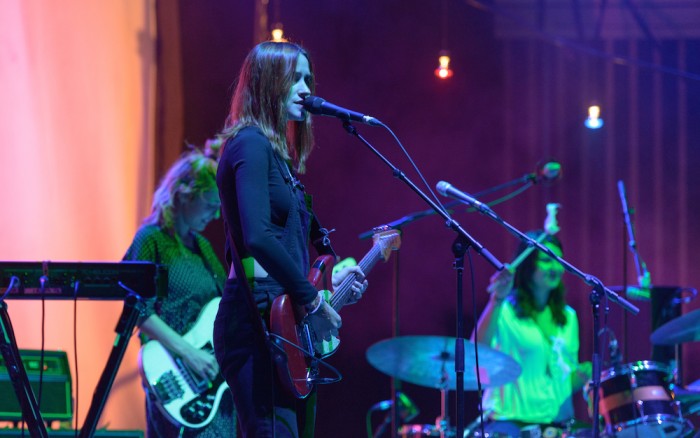 They tear through the openers with Fletcher bound to his drums to begin with, his brother Wyatt bounding all over the stage like an over excited punk infused puppy. It all seems to get to much for his twin though, as part way through the set Fletcher breaks out of his shackles as he bounces around the stage swinging a microphone round, whilst pouncing on his brother.

Its an incredible set packed with energy and experimentation, they start out with this crazy punk sound yet transcend that into this hip hop infused crazy party. As The Garden leave the stage, we’re left wondering how Warpaint can top this onslaught. As they then take to the stage they open with the wonderful track aptly titled Warpaint.

Whilst the energy from the previous set has calmed down somewhat, there’s still an excitement coursing through this crowd. It immediately strikes me that perhaps The Sage isn’t the greatest venue for Warpaint. In the slower parts the venue shows off its beauty, however the crowd seem incredibly restless throughout the majority. This shows more during Undertow, when the crowd want to get out of their seats and dance. 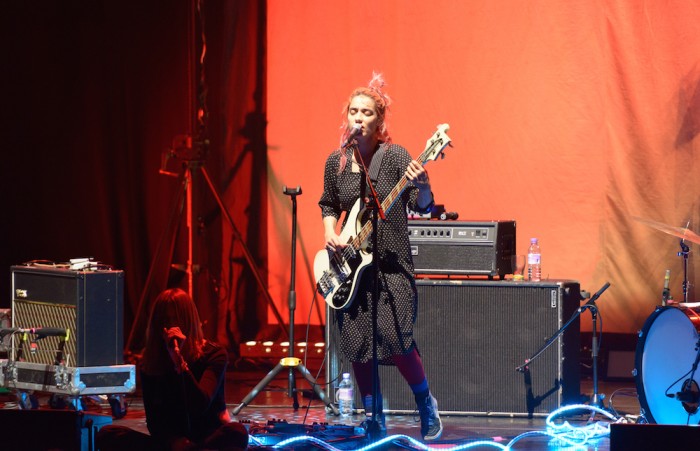 Undertow makes an exceptionally early appearance in my opinion as the newer material features heavily tonight. Live it feels much more polished and perhaps lacks the charm of some of their earlier work, yet theirs a whole variety of new influences that shine through. Their second album has injected a plethora of interesting sounds into tonight’s set.

They’ve ploughed their indie disco furrow but with added reggae vibes, yet the beauty of a track like Teese seems to really shine through this evening. Its delicacy and beauty is second to none, the sweet vocals on the sparse track are set alight by this incredible venue. Yet the band close out the main set with a track that is the epitome of their sound in Disco//Very.

One of the more upbeat tracks but subsequently one of the more exciting tracks, with the majority of the venue on their feet it’s a real sight to behold. These are very rare scenes in a venue, which is more commonly known for hosting internationally renowned orchestras.

Yet Warpaint take this fact in their stride and put on a phenomenal show, which is brought to an emphatic close with I’ll Start Believing. Followed by the wonderfully sweet Burgundy before closing out with the rather exciting and upbeat Krimson.

For me Warpaint’s set could have quite easily gone the opposite way, especially when following such characters as The Garden. Yet they brought something so astoundingly beautiful and brilliant to tonights set, the beauty and the incredible diversity of their sound take me aback. Whilst they may not be suited to this kind of venue and the crowd weren’t perhaps the most apt, it made for a truly one off experience.