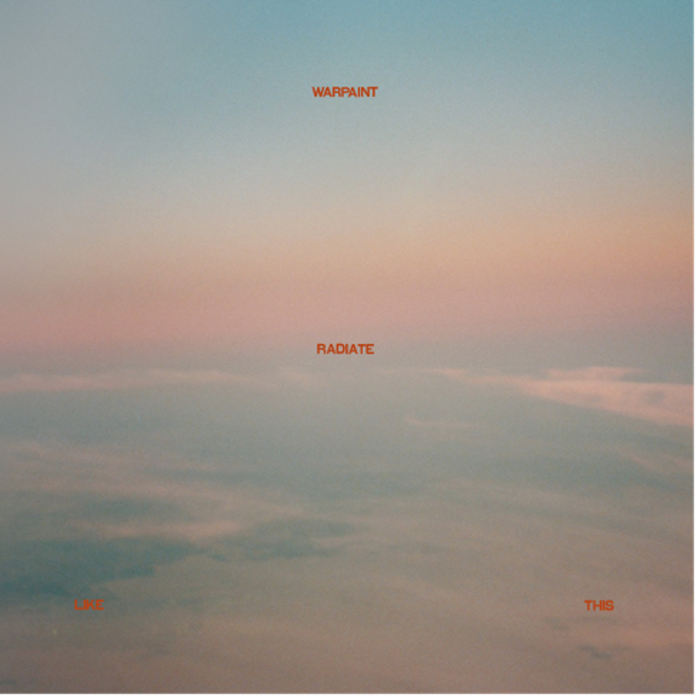 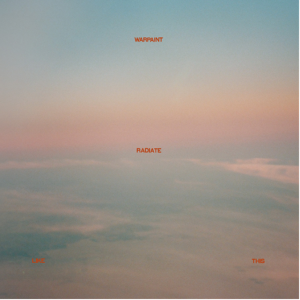 The fourth album by Warpaint, Radiate Like This, is the band’s first for six years. It’s a record that sucks you into its vortex before laying you down gently again. Gordon Rutherford reviews for Louder Than War.

Six years. That’s a long time to be Warpaint-free. Of course, the four members of the band haven’t been idle. Far from it. Babies have been born. Roots have been ripped up and replanted; on different continents in one case. Since 2016’s Heads Up, drummer Stella Mozgawa has returned to live in her native Australia, whilst bassist Jenny Lee Lindberg has relocated to Utah. Logistical challenges are compounded by guitarist/vocalist Emily Kokal living in Joshua Tree and fellow guitarist/vocalist Theresa Wayman residing in Los Angeles. On top of all that, professionally speaking, there have been solo projects and collaborations. Therefore, they could be forgiven for just letting things lie on the Warpaint front. But there’s a chemistry there, a special magic that happens when these four women get in a room together. That’s what drew them back. Fate, however, had other plans. No sooner had they started work on this album than a global pandemic dropped, forcing the band members to retreat back to their respective corners of the world.

No matter. Like so many other bands, they had to find another way. However, that presented a challenge, because one of the special ingredients of Warpaint is the interaction between the members and their instruments; it’s the way in which they knit together, float off and re-join. Surely those heavenly harmonies can only be achieved by being physically present? Now they were required to take a different approach; one that meant each musician had to record their part separately in their makeshift home studios before forwarding on to the next. Layer-upon-layer. And yet, despite that, it has all come out quite satisfactorily.

The funny thing about Warpaint albums is that they are creatures that morph and shapeshift over time. I loved their 2010 debut, The Fool, and it took me some time to warm to the self-titled follow-up. But, when it clicked, it clicked. Similarly, Heads Up was, to my mind, nowhere near as strong as its predecessors. It grew on me, but not to the same extent. However, I recently revisited it and it blew my mind. Something weird happens to these records when they are left to develop on the shelf. Therefore, I write about Radiate Like This with some trepidation. I’d prefer to write this review in twelve months’ time; once it has had the room to do that thing. Furthermore, it’s so damn good at this early stage that I’m scared to think about how I might feel about it in the future.

Despite the different approach in recording Radiate Like This, it still carries that distinctive, unmistakable Warpaint vibe. Even if you were only remotely familiar with the band’s output, you would recognise these songs as Warpaint songs without hesitation. It couldn’t be anyone else. That trademark fluidity, the supple grooves are, thankfully, still present. They are the nonpareil of creating a gossamer-like sound that seems to drift through the air ethereally, permeating every nook and cranny with optimum subtlety.

Take the album’s launch single, for example. Champion is Warpaint at their most absolute. It’s an excellent decision to set the scene by opening the album with this uplifting and characteristic track. Kokal and Wayman’s guitars interact intricately, laying down complex Television-like lines. And I needn’t have worried about those harmonies I referred to earlier. Another outstanding example of them comes via the album’s stand-out track, Proof. Those voices are stunning on this dreamy and dramatic composition. Second single, Stevie, is another dreamy affair, albeit more soulful than Proof, and with a classic chorus that’s guaranteed to become an earworm. Well, as close to an earworm as you are going to get with this band.

With Warpaint, the sum is always greater than the parts and nowhere is that more evident than on Like Sweetness. This track acts as a brilliant showcase for the individuals in the band, with Lindberg’s resonant Rickenbacker dovetailing expertly with Mozgawa’s super-sharp drumming and Kokal and Wayman provide chiming, faraway Americana-influenced guitars. But, significantly, it’s the track that emphasises the collective.

The most commonly used descriptor of Warpaint is dream-pop, which possibly evokes a perception of something a tad twee. Yet, nothing could be further from the truth. On each of their previous albums, they have shown a dark edge and that side of them is present again on Radiate Like This. The album’s closer, Send Nudes, is, on the face of it, a gentle, folksy comedown. But there’s something a little disturbing about those lyrics which urge the receiver to “send a coupla nudes baby”. Then there’s the electro-dance vibe Hips, which carries a sense of urgency and the menacing threat “don’t fuck with her”.

That electronic/dance influence is probably the most significant evolution of Warpaint on Radiate Like This. Sure, they are no strangers to using synths, but there is a heavier, more obvious use on this particular collection. Take the hip-hop channelling, stripped-back, glitchy Altar, for example. Likewise, the track that follows, Melting. It’s like The XX meets OMD. But that’s just fine.

Radiate Like This is an extremely enjoyable album and it’s guaranteed to please Warpaint fans. Furthermore, I can see the band picking up many more admirers thanks to the overall strength of this collection. Who wouldn’t enjoy the way that this music sucks you into its vortex and gently turns you inside out before laying you gently back down again? I’m just hoping that I feel the same way when I listen to it many years from now.