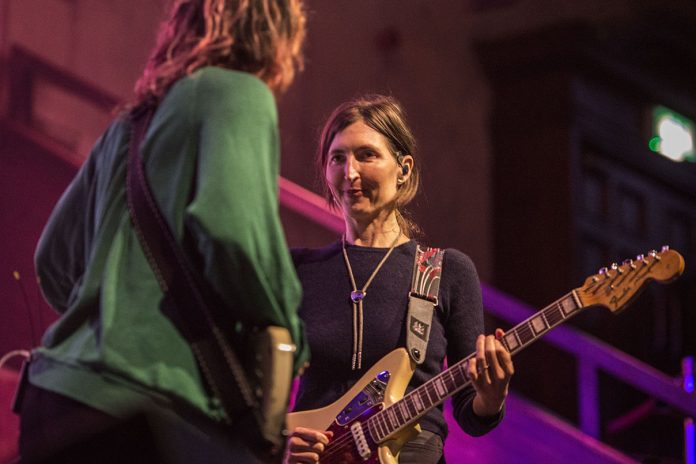 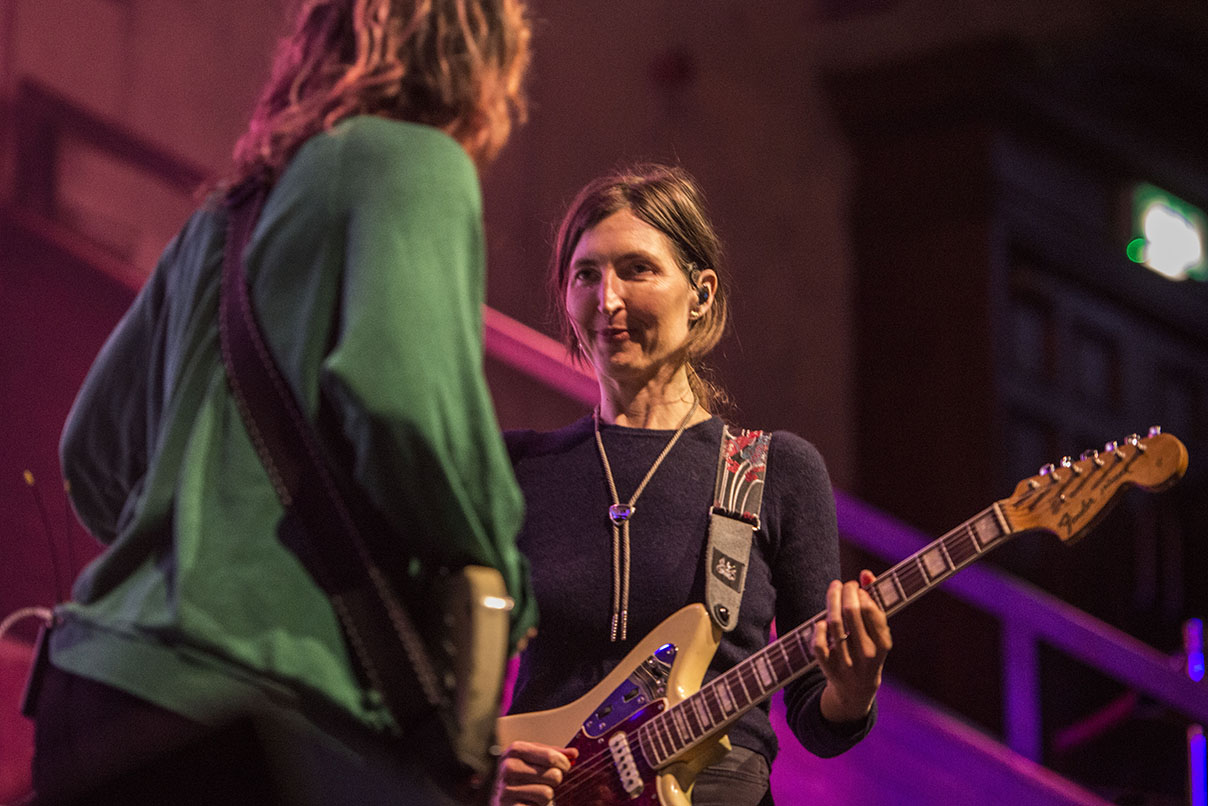 The last time Warpaint played this venue, in October of 2016, you might have been forgiven for picking up on the sense of an ending. In the time since, each of the band’s four members have gone their own way. Guitarist Theresa Wayman released a solo album, LoveLaws, that took the sound of Warpaint’s last album, Heads Up, to its logical conclusion. Bassist Jenny Lee Lindberg has herself made another solo album, the superb, quietly atmospheric Heart Tax. Guitarist and singer Emily Kokal has started a family, while drummer Stella Mozgawa has become one of indie rock’s most sought-after session players. 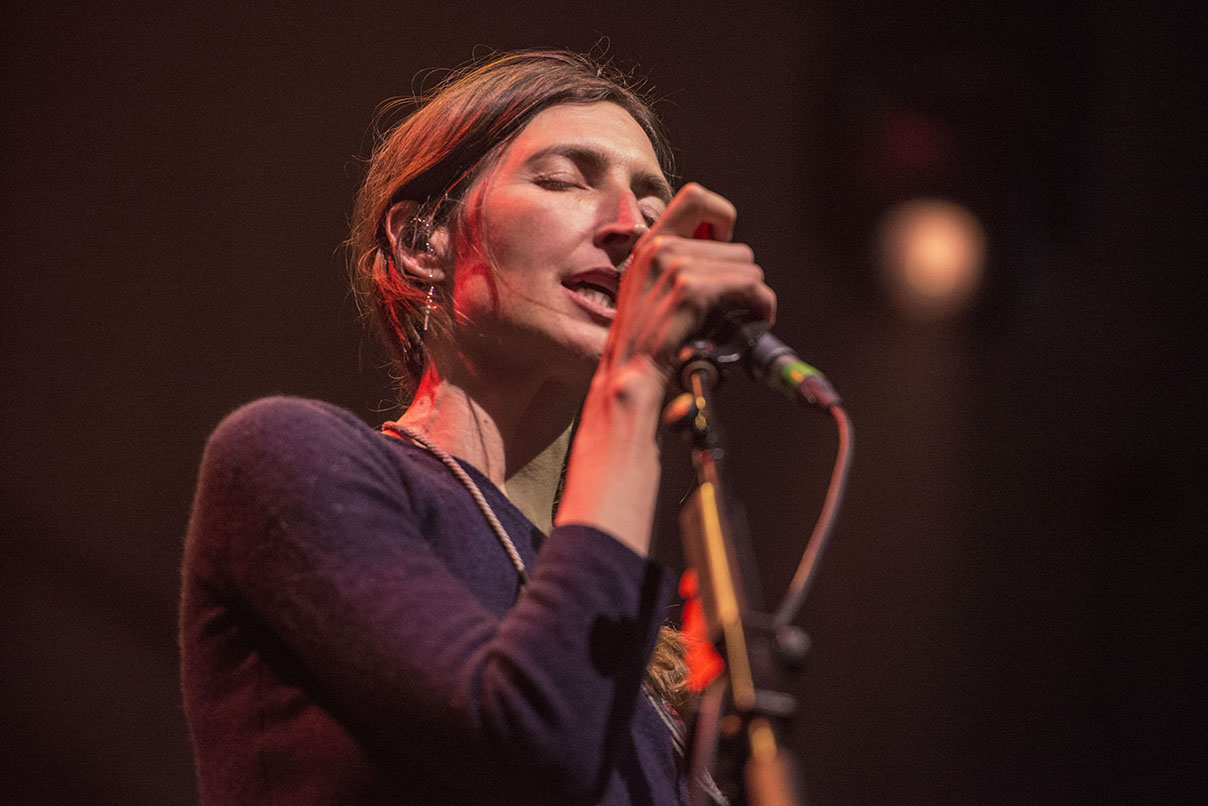 And yet, any suggestion that the Los Angeles art rockers might have run their natural course together was firmly refuted last week by Radiate Like This, the kind of comeback album that suggests that Warpaint were only ever biding their time. It forms the crux of tonight’s setlist, and performed live, the album’s musical dexterity comes to the fore; what sounds like a softer counterpoint to Heads Up ono record becomes something considerably more diverse on stage, from the yearning, melodic Hard to Tell You to the quietly danceable Hips, to, in one of the evening’s standout moments, the emotive Melting, which sees all four members huddle around the one microphone for what would be an a cappella take on it, were it not for Kokal’s guitar. 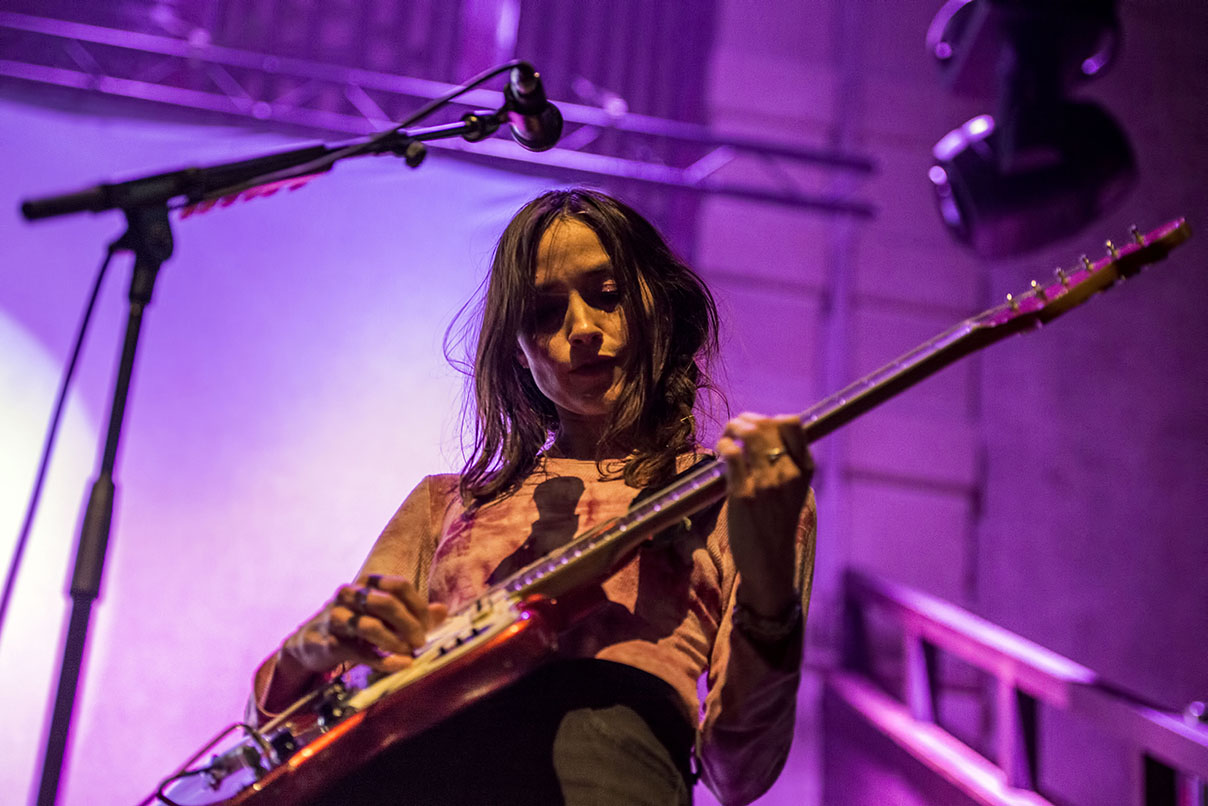 Older material feels as if it’s been cherry-picked to complement the Radiate Like This tracks; brooding opener Stars is a deep cut from debut EP Exquisite Corpse, as is Krimson, a dense, moody piece that relies on intricate guitar interplay and an almost chanted vocal, a reminder of the group’s early years, when their songwriting was largely based around mood and tone. Since, they’ve picked up poppier tendencies, as the rocky likes of Love Is To Die and Keep It Healthy from their 2014 self-titled album remind us, but the blueprint of their brilliance remains the same. 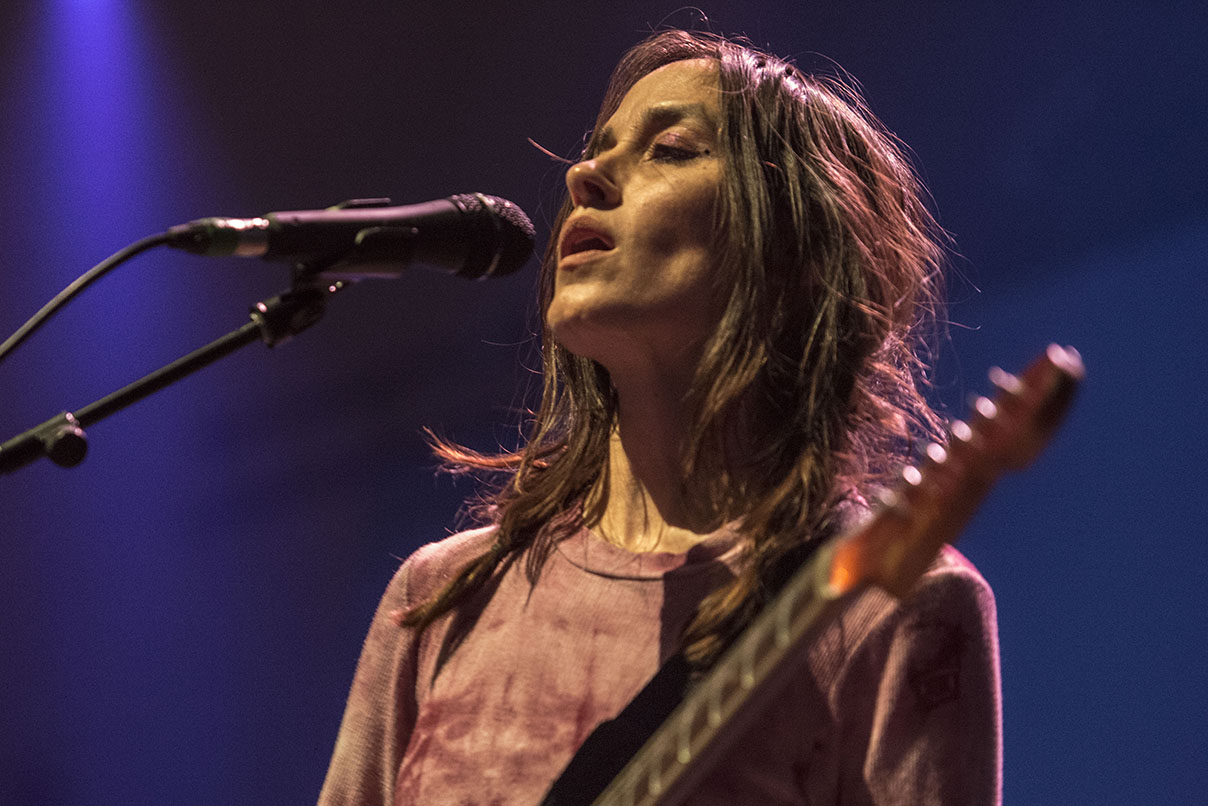 Lead Radiate Like This single Champion is a case in point; a simmering slow burner, it only truly takes off at the midpoint, when the joint groove of Lindberg and Mozgawa really kicks in; they might be the finest rhythm section in indie rock. A richly-deserved three-song encore, meanwhile, demonstrates both sides of the band; the thick atmospherics of old on a freewheeling take on Elephants, and an epic Beetles, and the pop sensibility of the modern Warpaint on the handsome closer, Send Nudes. Quite apart from feeling like the end of the road is approaching, tonight instead marks the opening of a new chapter for Warpaint.

Words by Joe Goggins: find him on Twitter here.