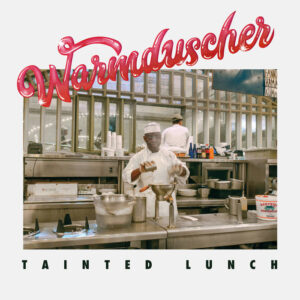 Rhys Delany takes a trip to Whale City, the home of Warmduscher. While there, he dines on the local delicacy of a Tainted Lunch, the newest album by the mighty Warmduscher. Read his thoughts below.

The first album by Warmduscher, Khaki Tears, released almost half a decade ago, was conceptualised and crafted by Mutado Pintado and Saul Adamczewski after an improvised performance at the Queen’s Head in Brixton. This led to two days in a studio, and from a lengthy labour of love filled with cacophony, Warmduscher was born.

After an ambiguous three years, Whale City was presented to us. In all of its glossy, high-concept glory, the group were headed in a more conventional (term used loosely) direction. The thick Sly & Robbie-influenced groove pricked up the ears of many 6Music listeners. Relentless worldwide touring and a rotating line-up of bandmates have made Warmduscher a saving grace in a barren land of indie landfill.

Tainted Lunch is a continuation of the sound and style of Whale City. Opener, Rules of The Game, featuring Iggy Pop delivering a raspy welcome into the album, feels like a chaotic continuation of the Whale City closer, Summertime Tears. The album also has one the best features of 2019, coming via the Brooklyn hype-man style of Kool Keith. Keith bigs up frontman-cum-drug-dealer Clams Baker (Pintado) on The Burner. The G-Funk bounce of the track sounds like it was lifted from Keith’s Ultra days.

The album has once again been placed in the hands of Speedy Wundergrounds Dan Carey. Carey, currently having a steamrolling year with both Fontaines D.C. and Black Midi being nominated for the Mercury Award. While Tainted Lunch may not be heralded in the same award-worthy class as Carey’s other work, it still stands out from anyone else in the world right now.

Sadly, Tainted Lunch doesn’t bring anything new to the Warmduscher table but merely continues the innocuous rabble many fell in love with on Whale City. I felt Whale City was one of the best records of 2018 so I’m all in on anything Warmduscher-related. While I can’t say Tainted Lunch will be the best thing of 2019, I can say Warmduscher are still a banging tune-heavy powerhouse.

If you need any more reassurance that this album might be worth your time then take it from the expert opinion of Dr Alan Goldfarb himself (band biographer and botanist), who describes this album as “a sample hole through which to taste another universe. A dramatic warning. A gilded aroma. It is a tale of wanton desire and limitless treachery. A tale of disillusionment – the refusal of exploitation”.

Tainted Lunch is released on November 5th and can be purchased here.

Warmduscher are on tour through October and November, with dates below. 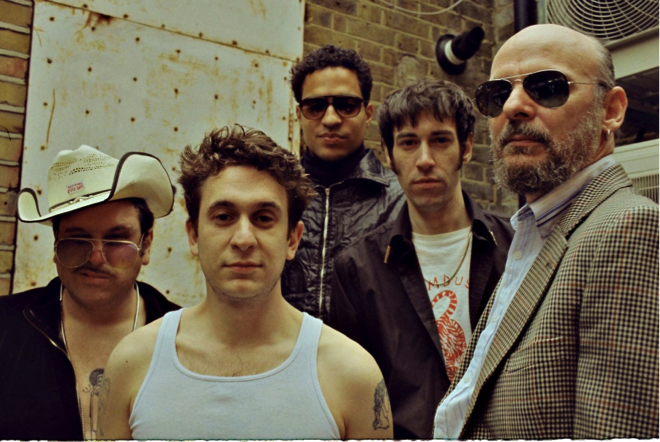 Photo courtesy of Holly Whittaker, more of her work can be found on her website.