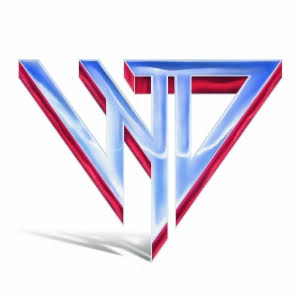 Warmduscher: At The Hotspot 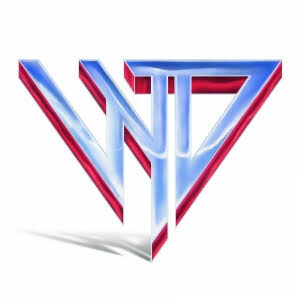 Warmduscher return with their best album yet, helped along by the great production from the Hot Chip guys and this is no April Fool. An excellent piece of squelchy low down dirty disco post punk? funk that makes you want to boogie down all night. Wayne AF Carey checks it out…

Written over a period of over a year in lockdown, At the Hotspot, produced by Joe Goddard and Al Doyle of Hot Chip takes the raucous energy Warmduscher solidified on their critically acclaimed 2019 release Tainted Lunch, and injects it with a slightly more polished, ‘80s funk sound, kind of like stumbling home to your squatted loft after a drunken night at the local disco. It’s crunchy on the outside, smooth on the inside, and might be the most immediately enjoyable music Warmduscher have ever graced us with.

“There was a lot of partying,” says Clams, laughing about the gestation of the album. “We were like, Aaarrggghh. We were just happy to be doing something and seeing each other. It was that weird energy, where you’re fed up and you’re kind of angry, but in a good way. We would spend like two nights a week writing, maybe once or twice a month, sometimes less.” This went on for about a year, with all the members bringing in their contributions, until it came time to record—which, in typical punk rock fashion, had its own set of obstacles to overcome.

Why Album Of The Week:

It’s a funky as fuck amalgamation of the first two albums, brewed in a steaming pot of shake your arse funk with a difference. The whole album sounds like a concept of some low down dirty funk club hidden in the back streets of New York coming out of London’s Soho. We’re going through some shape shifting times at the moment with the surge of a revived grunge scene and some of the best forward thinking angular punk sounds hurtling around the corner from some fantastic underground bands that make for exciting times ahead. They say it’s all been done? Bollocks. It’s all being undone, stripped apart and put back together into a new onslaught on the senses. The difference with Warmduscher is they’re creating their own kind of future funk with a difference that has layers of garage in there and a swanky style that brings a smile to your face. To make it all the greater good in my warped mind is the ‘fuck’ and ‘motherfuck’ count goes off the scale on my AFometer without steering off the cool as fuck path.

Kicking off with Live At The Hotspot in nursery rhyme style before turning into a Shaft / Starsky & Hutch style funk spoken word groove, it drags you into their sleazy world. You just get this image of a pimped up Snoop Dog slapping the pavement with his glittering cane. Hot Shot rips in with a dirty bassline and a funky hip hop beat with Clams sexy vocal crawling all over it. He’s the king of the street. Eight Minute Machines is a keyboard driven futuristic melt, flowing with a krautrock drone that builds and falls into echoing sound effects and an angry howling outro. Suicide on speed.

Wild Flowers is arguably one of the funkiest tunes you’ve heard this year. That bassline is so infectious and the opening lines “Fuck all these deadlines, rules and regulations” just give you a hint of the rant we hear throughout this blast of future funk. Probably the catchiest, sweariest tune I’ve witnessed lately. How this got through the censors of daytime radio airplay is beyond me. “You can all get to fuck muthafuckers as long as I get to The Hotspot” Not the exact lyrics but a gist of the whole bag of funk. Fatso keeps up the momentum with a layer of 80’s funk wah wah lurking in the background and a chorus that owes a few nods to Parliament and Funkadelic, which is no bad thing in my book. Twitchin’ In The Kitchen goes all weird on my ears. According to our Features Editor Nigel Carr who raves about them, it’s a bit of a deadringer for Hey Mickey by Toni Basil which I totally agree with (Session In Court feature then?), yet I say it’s similar to the John Grant track Rhetorical Figure. A weird choice for latest single to me. The fuck count has gone up…

Five Star Rated gets back on track with that Funkadelic style and the comical Americanised rant from Clams. He’s having funky fun again with that cool as backing from a psyched out bunch of musicians going with the flow in just over two minutes when they could have made a funky jam meal out of it. Baby Toe Joe is a slow burning funk number that’s as smooth as a baboons arse. A cool hip hop beat with harmonies that hit the spot and that signature wah wah sound that stays low without going all Shaft on your ears. “They all want that loving from Baby Toe Joe, king of the road”. Double Vision is one and a half minutes of afro beat punk that speeds along with a blast of psych that thrills.

Super Cool has an excellent electro beat that recalls the early Electro compilations that reminds me of Egyptian Lover for some reason, yet Clams got his own take on the whole affair with that irresistible unique smooth vocal that places him on his own and makes the whole Warmduscher experience stand tall amongst their peers. Closing track Greasin’ Up Jesus is a psychedelic delight that genre hops it’s way through many sounds. A funked up messy delight that wobbles and wonks along with some hilarious tongue in cheek spoken word. “I’m greasin up Jesus, I’m calling his phone” What’s that about? Three minutes in it goes all Daft Punk with a slight stab at a perversed bit of gospel which somehow works with the crazy jamming to end the whole affair with a bang. Another stand out album that will surely be in the end of year polls.