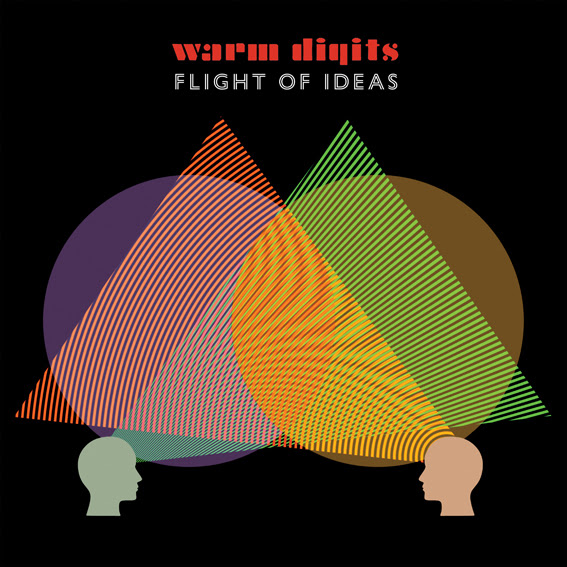 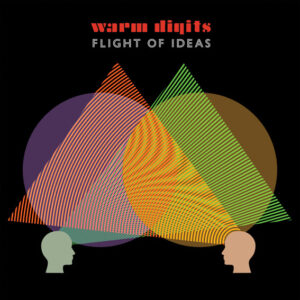 Warm Digits recruit a who’s who of indie talent as they marry electronica and psychology.

This is a bit of a curate’s egg of a record…..but in a good way.

It’s a fifty-fifty split between Steve Jefferis and Andrew Hodson’s retro-tinged instrumentals, plus tracks featuring vocal contributions from a veritable who’s who of British indie.

Oh, and they’re tackling the paranoid and uncertain world we live in by looking back at obscure 70s psychological experiments for inspiration. In fact, the album’s title is a psychological term for a state of overloaded and disordered thought, which is apt for these strange locked down times,

This well thought through concept will build on the success of their 2017 album, Wireless World, which saw them win slots at Bluedot, Green Man and Festival No.6.

Frame and Cages is a lovely scene setter with its Chemical Brothers like chiming keys before The Lovely Eggs add their punky energy and authenticity to Feel The Panic. Holly from the Eggs was in her first band with Hodgson,and chants out: ‘Are you infallible/Or just gullible’ because the song is based around a psychology experiment where eight perfectly sane people got themselves admitted to a psychiatric hospital, and most were declared schizophrenic by their oblivious doctors.

Another great vocal from The Delgados’ Emma Pollock anchors a lovely slice of sultry Europop, The View From Nowhere, inviting her partner to: ‘Warp yourself around me like a maypole’ before things go south promising: ‘I will do no harm/But it doesn’t mean I’ll do you good’.  Instrumental I’m OK, You’re OK has a really warm eighties feel with a touch of mid period OMD to it.

Maximo Park’s Paul Smith is next into the vocal booth channelling virtually every 80s electropop vocalist on the paranoid Fool’s Tomorrow. In an age where an orange moron pedals the idea of fake news, Smith urges us to remember: ‘Belief is not a substitute for the facts/Despite what you may be led to believe.’ Louder That War readers know this, but it’s still a much-needed message for our times.

The Newcastle based duo have pulled off a real coup recruiting red hot newcomers The Orielles to add their considerable talents to Shake The Wheels Off. In one way, Esme’s increasingly confident vocals – with backing from the band – could sound like an outtake for their second record, but this collaboration with the Digits actually offers a really interesting vision of how they might sound in the future.

Label mate Rozi Plain’s languid vocals are the weakest of the guest stars, but that’s because Everyone Nervous lacks the energy of the other tracks.  Or maybe that was the intent.

For fans of electronica there’s plenty to go at here when the multi-instrumentalists eschew vocals as they explore what it means to be sane in a mad world, but it is also a masterclass in how you can bring something new out of some very familiar voices on the indie scene.