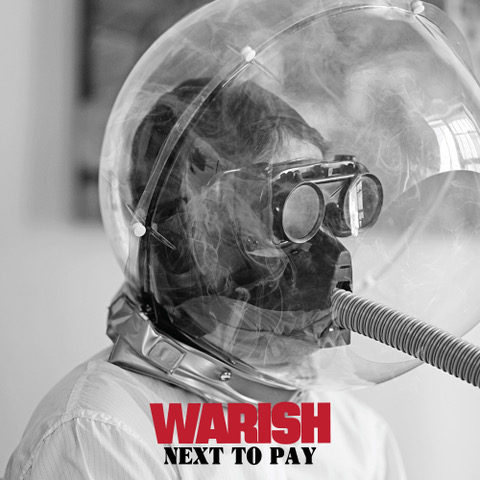 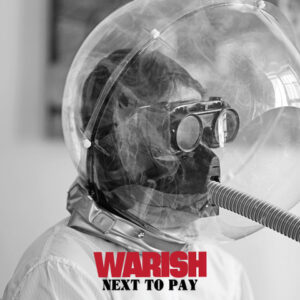 Warish are dirty sounding. Really dirty. The core of raw overdriven guitar and fat buzzy distorted bass dominate the sound. The drums often fight to make themselves heard over this valve rich frenzy, and you can hear that the drummer ain’t pulling his punches. It’s that crashing cymbal and snare that’s making your head jerk uncontrollably back and forth. You get the feeling they sit around listening to records by L7, Mudhoney, Fudgetunnel (on their faster tunes) Nirvana, Motorhead, Black Sabbath and of course Black Flag. Like a rebellious teenager essential listening list.

The vocals careen like an out of control skateboard from laid back and floating over the top to a raspy, screechy horror sound – like an overdriven voicebox.

While there is a clear grunge and punk influence, something about the rhythmic workarounds of the riffs makes Warish feel more rooted in the bluesy late 60’s/early 70’s garage tradition with a bit of psychedelia thrown in for good (complete with chorus). Mixing that with the rawness of punk produces something about them that just sounds West Coast.  After all, California is pretty much famous for hardcore, skateboarding and hippies.

Warish have come up with an album that is a perfect groove for carving up the seafront on your longboard with the sun blazing. And like a cruise on your longboard, the album has twists and turns but you get more if you lose yourself in the whole experience rather than individual segments.

There is a lot of rhythmic bluesy driving proto-punk here as they scoot their skateboard, with a dirty garage sound to boot. As they rush downhill, they take on a punkier attack. When they slow to take a corner, they throw up sludgy stoner rock with super distorted leads and vocals hovering just below the surface, or floaty psychedelia.

Why the skateboard analogies you wonder? Oh, I forgot to mention. We have a star in our midst. Guitar and vocals are handled by one Riley Hawk. A pro-skater no less. Oh, and son of the legendary Tony Hawk. He’s joined the family business.

There’s always been space for this rocking driving garagey grungey sound but its stripped-back nature makes it difficult to come up with something that truly stands out. There is probably a band not dissimilar to this in most major towns or cities, but they don’t get the exposure. The “son of Tony Hawk” label on the Press Release makes them instantly sellable. For all you folks working hard on your ultra distorted bass sound, they’ve seized that slot. Them’s the breaks. I’m not saying this doesn’t make Warish good. Far from it, they’re enjoyable. Time will tell if they are also memorable.

Get the album from Riding Easy Records.