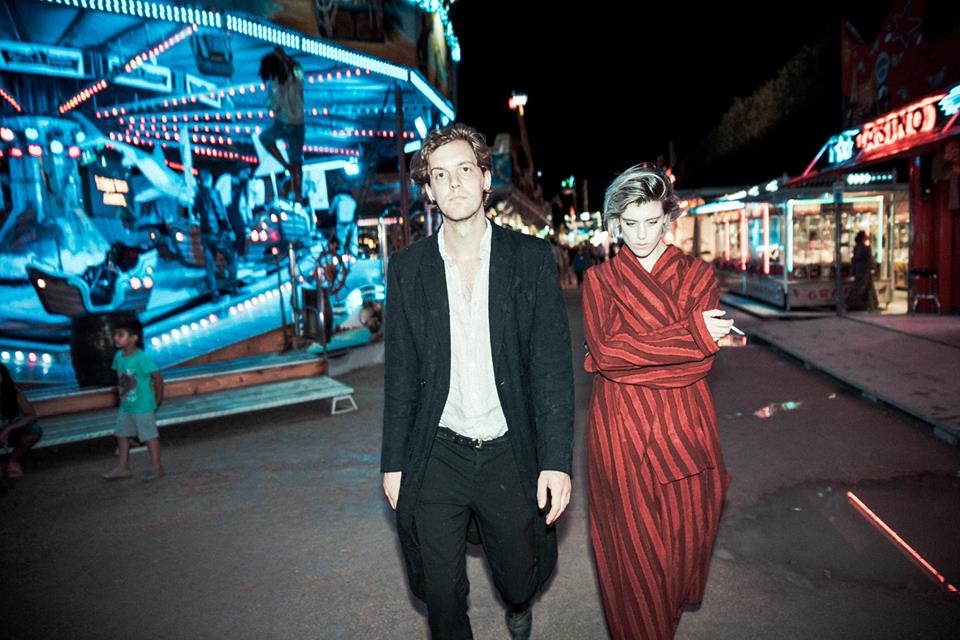 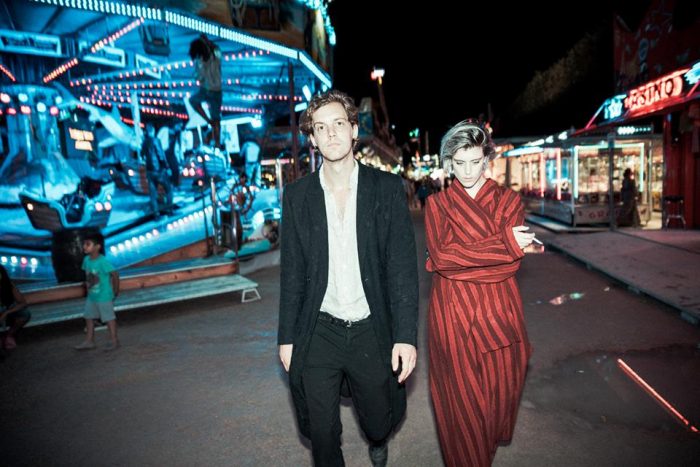 The brooding Belgiums entertain their first sold-out London show with songs of debauchery, twisted love and broken emotions. Just don’t ask them about the pillows…

At first, there’s a worry Faces On TV may be going for the Cigarettes After Sex brand of hazy malaise. Any fears of that, though, are dashed as soon as the multi-talented duo break out new single The Image of Boy Wonder. A smorgasbord of samples, propelled by frontman Jasper Maekelberg’s always-erupting vocal work, it has the packed London crowd swaying in satisfaction. Equally as satisfying is their stand-out song, the twinkling piano motifs of Love / Dead, which has the cinematic sheen of a Netflix theme tune.

Warhaus‘ head honcho Maarten Devoldere looks perturbed. Even more so than usual. He’s unwittingly got himself embroiled in some Brexit-related banter, and the audience want answers. “I can’t do anything for you,” Devoldere diplomatically responses. When told John Lennon would have done something, the Belgian simply furrows his brow and replies: “Yeah, but John Lennon was a fucking rock star.” He’s being modest, of course – throughout their first sold-out London show, Devoldere is every inch the frontman, whether he be showcasing his guitar chops to a fawning front row or erratically lunging with his mic stand.

The beauty of Warhaus is that each song has the potential to go down unimaginable segues. Opener Well Well has the carnal undertones of fellow dark rockers Spoon, led by brooding bass and Devolden’s own hushed baritone. Before it comes to a climax (and with Warhaus, climax is quite an apposite term), it has evolved from sensual to sinister, powered by Devolden’s fuzzed-up, frenetic fretwork. Latest single Mad World, meanwhile, is powered by frisky brass and lilting strings, the sound Burt Bacharach visiting a brothel. Against the Rich, from their first record We Fucked A Flame Into Being, is a wonderfully hangdog diatribe fuelled by a spindly guitar riff and a wounded howl.

Devolden is a wry, witty host, not afraid to engage with the audience. When discussing the band’s random range of merchandise, a fan remarks that they already own the pillow. “Have you come on it yet?” Devolden replies, without a single hint of subtlety. When songs are as a seductive as Machinery, though, there’s no need to be coy. They close with the wonderfully lilting Fall In Love With Me, a harmony-rich head-nodder plucked straight from the ’60s.

As they leave to the strains of Love Is In The Air, you realise that while Devolden’s version of love may be slightly dark, they deliver it with plenty of potency.