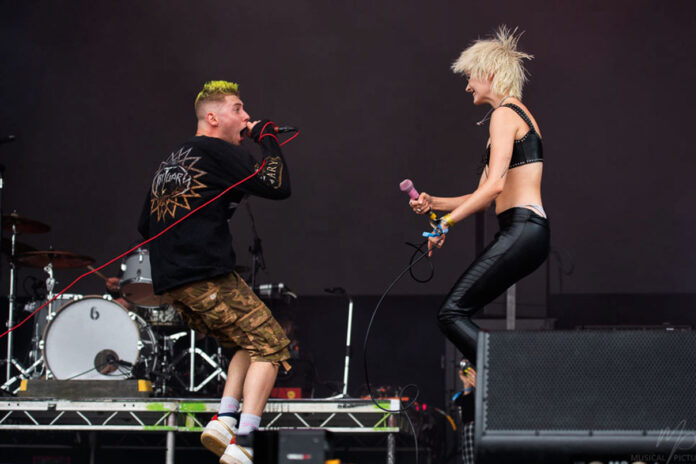 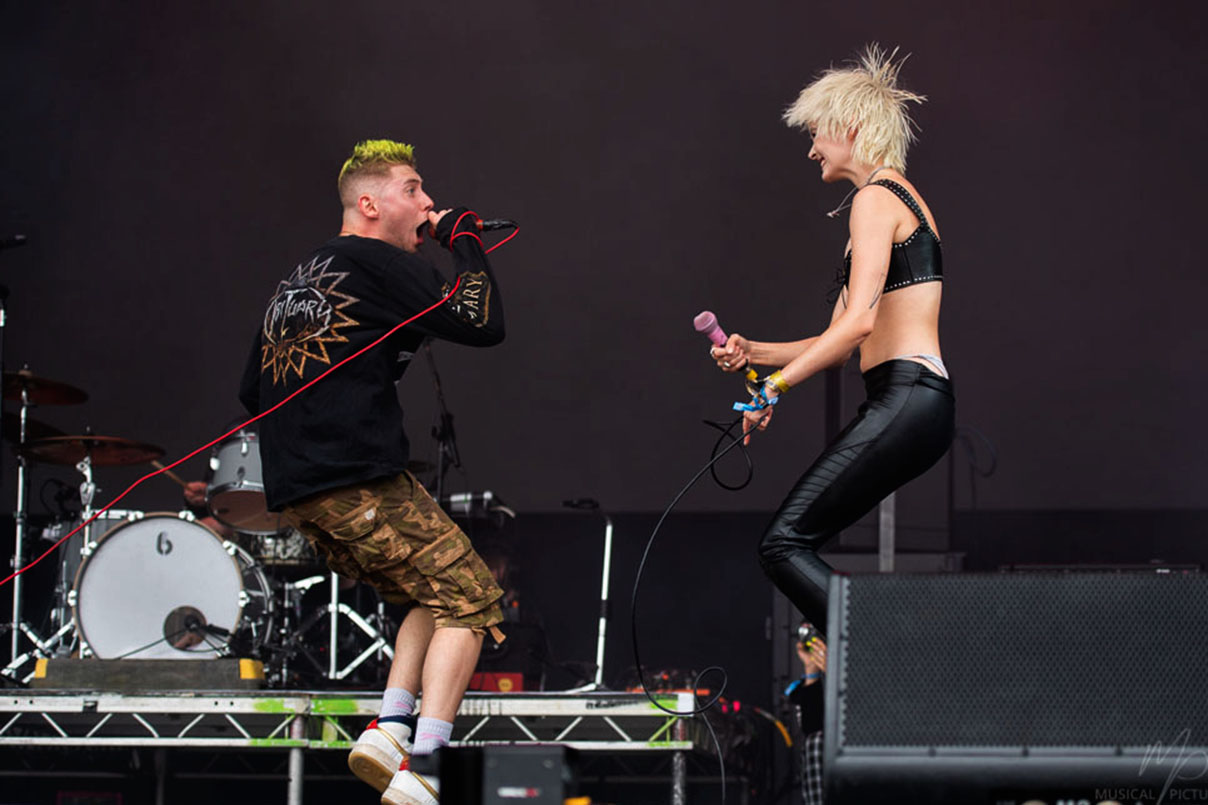 Wargasm opened up for Neck Deep’s headline show at O2 Victoria Warehouse. The vibrant and energetic Electronic Rock duo from London who claimed NME’s best-emerging band last year were the final support act tonight. Their energy rivalled the headliner act, as they rocked the stage as if it was their own show, leaving the audience more than ready for what was to follow.

Spirits are high as Higher Power close their set and walk off stage. At this point in time, I can see crowds storming into Victoria Warehouse, as the clock is ticking closer and closer to headliner act Neck Deep’s set. Throughout their live show history, they’ve always chosen strong support acts, but little did I know that the band that was to follow Higher Power, would set the tone so perfectly, that it could be considered the best support I had seen at a gig yet.

Wargasm arrive in style, to say the least. The duo consisting of Sam Matlock and Milkie Way start by jumping and running around the stage before the music even starts playing. Rage All Over encompasses this energy perfectly and at this point the mosh pit is already going, it only took them one song. Continuing with Salma Hayek and Scratchcard Feeling, it’s easy to tell that they’re giving every single level of energy they have on stage. Sam’s vocals are gritty, his screams echo throughout the room as he is accompanied by catchy, heavy riffs. The noticeable contrast between his cutting edge vocals and Milkie’s softer yet punk-infused voice is noticeable but captivating. They bounce off each other perfectly.

Pyro Pyro and the new song Drilldo followed Backyard Bastards is met with a highly entertaining crowd interaction. Bodies are crashing into one another as Sam effortlessly shreds on his guitar, alongside Milkie’s bass, who at this point is screaming the lyrics to the audience, sparking the amazing interaction.

I’m pleasantly surprised with the inclusion of N.E.R.D song Lapdance in the setlist. It’s a cover I didn’t expect to hear, but it works as they put their own unique twist on the classic track.

I have a feeling I know what the last track on the setlist will be. I proved myself right. Sam screams out “this song is called Spit”, which causes a massive cheer from the crowd, which then follows up with the biggest mosh of the set so far. No comments are needed for this song, which is easily the standout performance of the amazing setlist they have performed tonight. Met with a standing ovation and cheers throughout the whole venue, they leave us with one heavy outro before thanking the audience and running off stage. If any band can properly warm up a crowd for Neck Deep, it’s Wargasm, and I have a very good feeling they’ll be the main act next time.

Photo by Simon Reed, shot at Bloodstock 2021. His website Musical Pictures is here and you can visit his author profile for Louder Than War here. He tweets as @musicalpix

This is Daniel’s first piece for Louder Than War, you can keep up to date with his future posts at his authors’ profile.