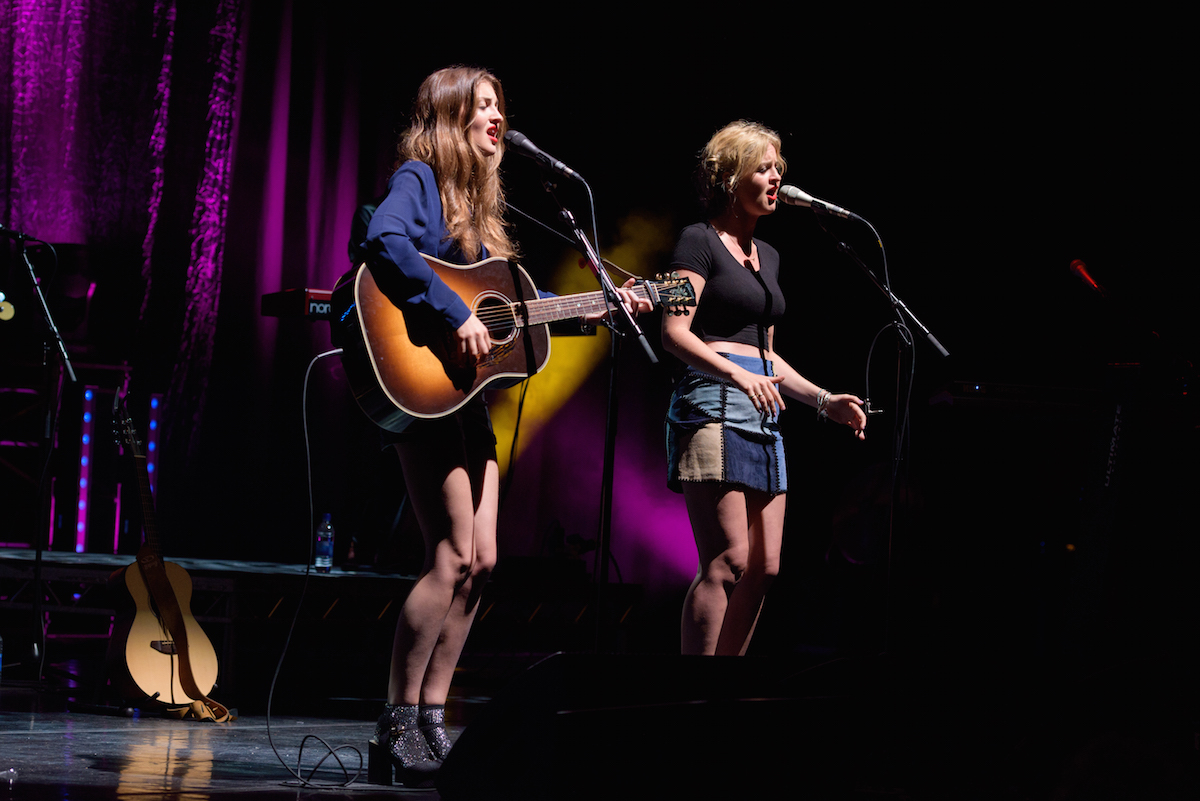 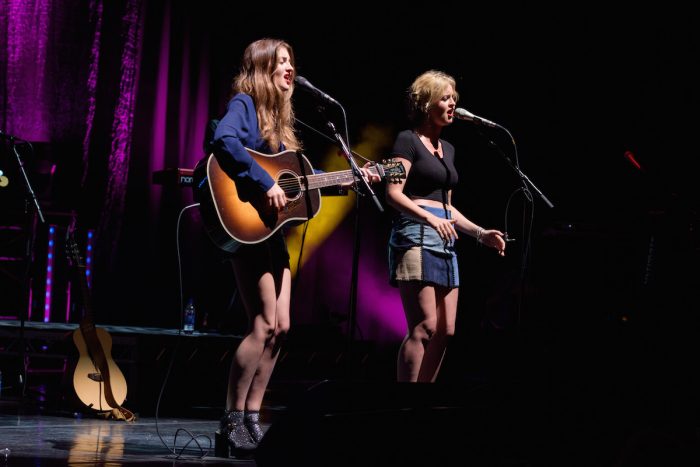 A brilliant line up that saw the clashing styles of Ward Thomas and Striking Matches both shine on epic evening of great music.

Every year the Sage Gateshead assembles an incredible line up for its annual Americana festival Summertyne, with such a broad genre it can often be particularly difficult to represent the full spectrum. However, this years line up has a bit of everything from The Kentucky Headhunters to Mary Chapin Carpenter, for us though it’s the opening nights double bill that piques our interest, with two of the worlds fastest rising stars in brilliant twins Ward Thomas and the equally mesmerising Striking Matches amply supported by opener Callaghan. 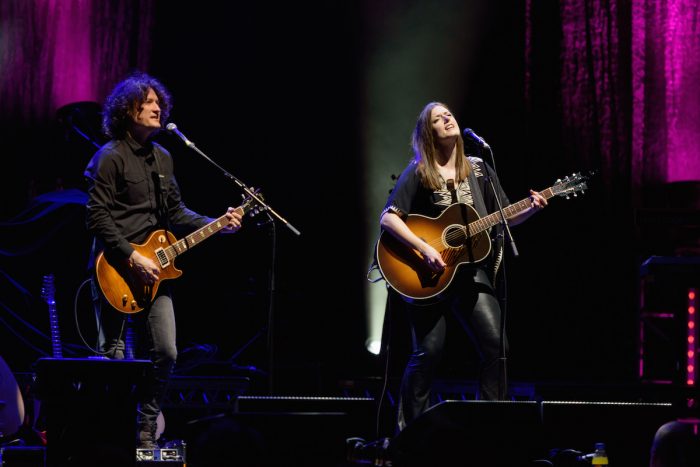 It’s an early start with so much to fit in and the delicate Callaghan gets things off to a soothing start with her gentile ‘happy’ break up songs, its not all heartbreak though. Green Eyes is one of the shining lights in this short set, the anecdotal tale that precedes it draws a laugh out of this otherwise mellow crowd. It’s Callaghan’s wonderful story telling ability that stands out, the raw nature of her tracks the room quickly fall under Callaghan’s spell. In spite of the rooms size, there is a real intimate quality to the set. 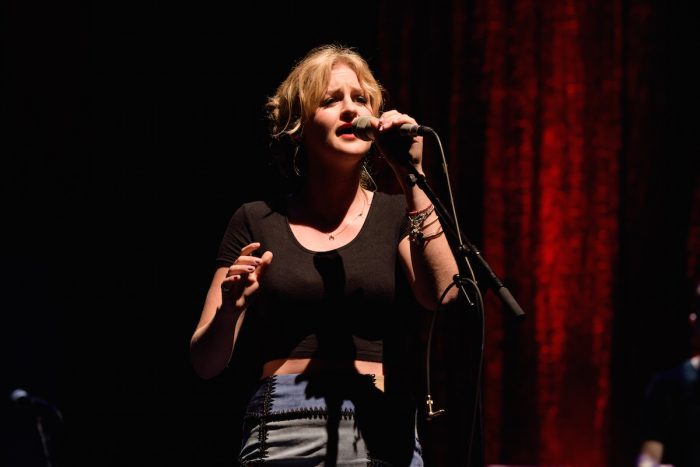 This is merely the starter though, albeit an excellent starter as next up are two of the fastest rising pop starlets in the UK right now. Ward Thomas are set to release their second album Cartwheels in September, tonight sees a mixture of the old and the new. There is a distinct move forward from the twins, from their country roots they’ve branched into beautiful delicate pop gems. 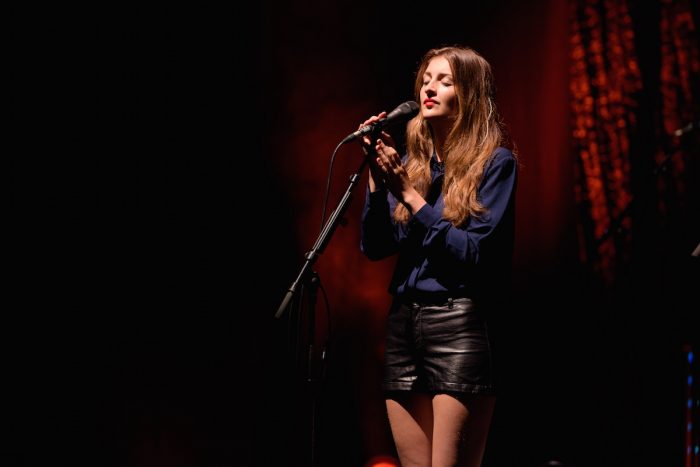 From the rabble-rousing country pop singalong of Push For The Stride to the more heartfelt Who I’m Not, it’s when these two styles collide that they’re truly at their best though particularly on new single Carry You Home. It has all of the glittering pop sheen whilst still bringing in enough of that country sound that first brought them to so many peoples attention.

The title track Cartwheels takes the fusion of the two distinct sounds even further, this heartfelt track draws upon the twins country sound, but there is a real tenderness to the track. With its lack of blusterous guitars allowing for the emphasis to be placed upon the delicate vocals. That said though Town Called Ugley provides the perfect ending to this varied set with it’s swaggering country beat, that proved why Ward Thomas are hot property right now. 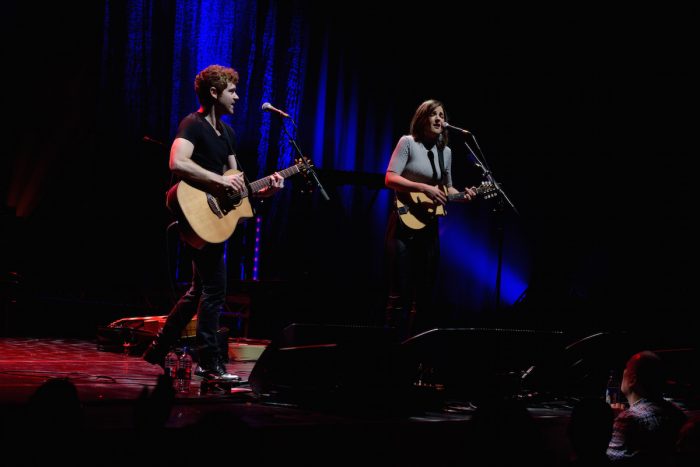 This wasn’t the end of the evening though as we headed out for the interval, Jess & The Bandits fired up for their first set of the evening on the Concourse stage. We were quick to return to the main hall though as Nashville’s Striking Matches were the third and final act of this epic line up.

The lights dim for one last time and a flurry of riffs start up as Sarah and Justin take the stage, their intricate tracks leaving us aghast early on. The only meaningful comparison we’re able to draw is along the lines of a country version of Rodrigo Y Gabriella. Their set is a scintillating display of their incredible musicianship alongside their beautifully crafted words, which at times appear to be sparse hence the previous comparison. 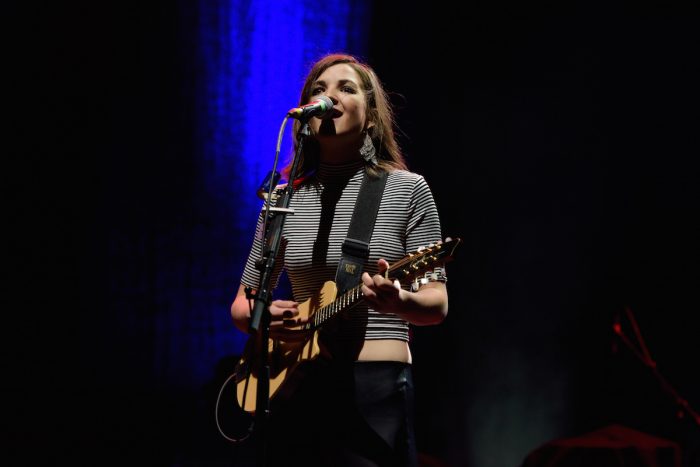 The pairs on stage chemistry is electric, as they feed off one another between tracks spurring each other on, at the same time inspiring the crowd to join in with a cover of Fleetwood Mac’s Never Going Back Again. It’s an exceptional set that has everyone knocked for six, as they round off the evening in incomparable style.