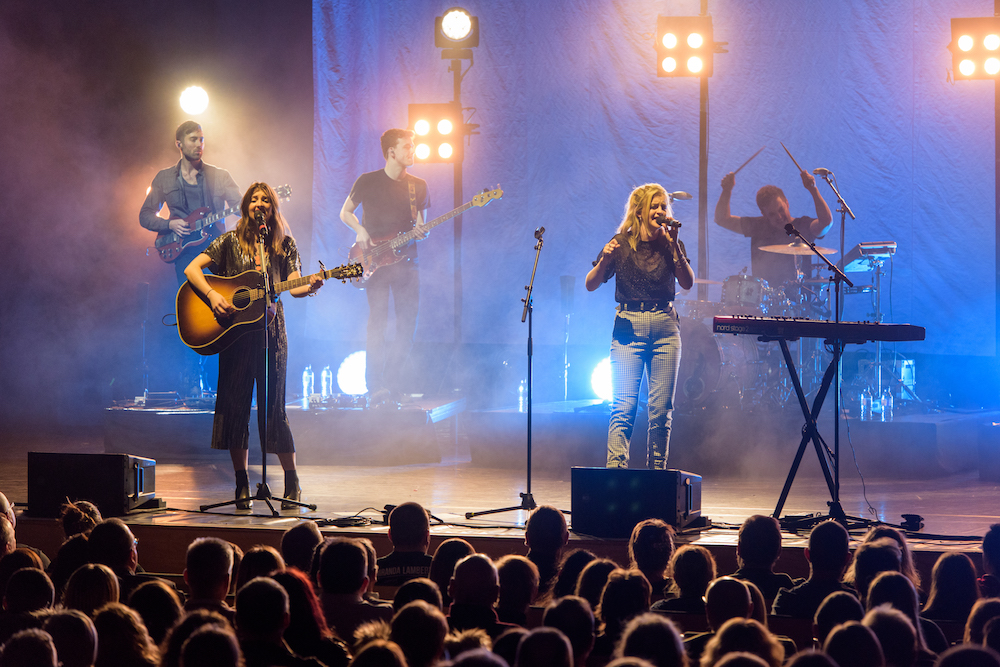 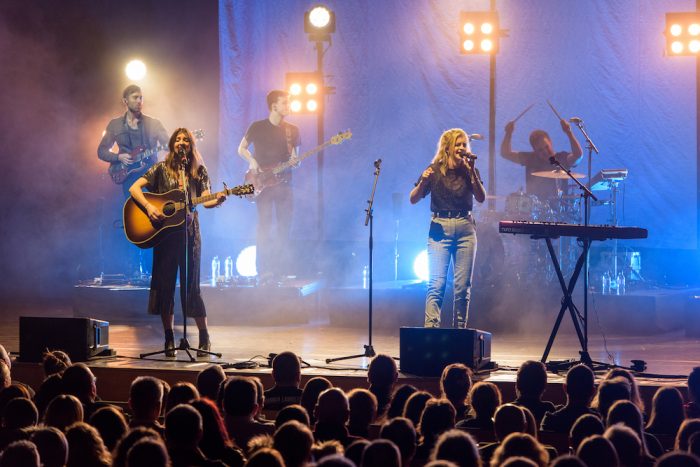 The brilliant Ward Thomas showcase a bunch of new tracks, alongside a plethora of old favourites as they round off 2017 with a bang!

With the continued rise of country music and in particular British country music, Ward Thomas have firmly positioned themselves at the forefront of this movement. If The Shires are the housewives favourites then Ward Thomas are bringing country to the younger generation. Opening up the show tonight are Wildwood Kin who are right to cite the wonderful year that they’ve had.

With the release of their brilliant debut album Turning Tides, their set is largely based on this tonight with both Run and Warrior Daughter exciting this packed crowd. The trio are humbled by the reception that they receive this evening with so many of the crowd gleefully singing a long to many of their songs, but it is no wonder as they have great choruses that firmly implant themselves in your head for days after initially hearing them.

From early mass sing-alongs to the lights dimming in anticipation of Ward Thomas, they open with In The Bleak Midwinter. Bathed in darkness the duo deliver this dark Christmas Carol, before launching straight into Boomerang, immediately resurrecting the tempo with one of their best known songs. It has the desired reaction with hundreds of voices enthusiastically singing along.

Tonight isn’t all about old songs and Christmas tracks though, as they show off a number of new tracks the first being When It’s Not Me. Like all of the other new songs they appear to have continued down the country path in similar vein to that Carrie Underwood and Miranda Lambert, which is sure to serve them well. That said those old favourites all still retain a huge reaction from the crowd.

Guilty Flowers, Proof and Carry You Home all garnering very welcome receptions, there are some notable exceptions from tonight’s set but that doesn’t really affect anything as Ward Thomas still put on a fantastic show. The screams and the chants ringing out throughout the venue as the sisters return for a very gentile encore of Joni Mitchell’s River once again triggering the festive spirit for one last time.

There are undoubtedly huge things to come from Ward Thomas in 2018, based on these four new songs alone we’re predicting a pretty special year. So we really cannot wait to see what else they have in store for us!