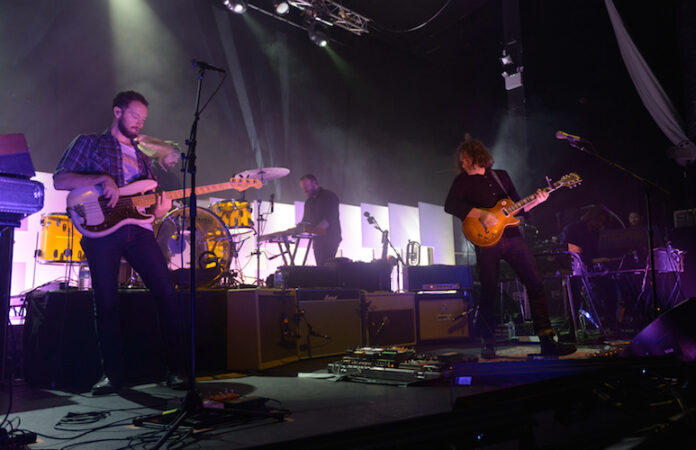 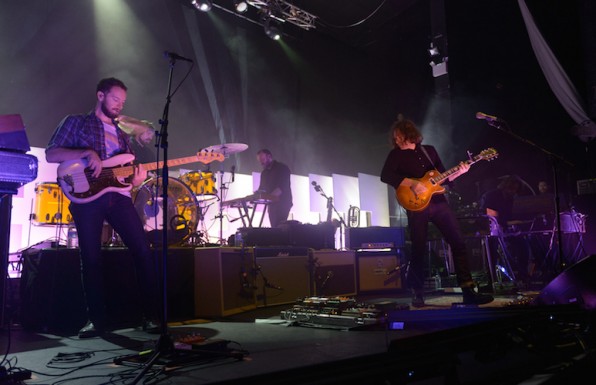 The War On Drugs

The War On Drugs return to Newcastle just a week after opening the 6 Music Festival in this same venue, but this time they’re armed with a slew of songs from Lost in the Dream and plenty of time to fully get into their stride. 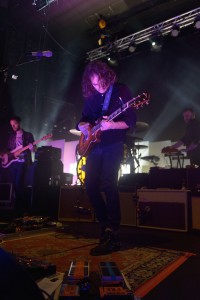 Just one week ago The War On Drugs opened the 6 Music Festival in this very venue, the band were dealt something of a huge injustice by only being given a paltry half an hour set. However, this shall be put right this evening, this time though there is a small matter of Amen Dunes.

The room beginning to fill as Damon and friends take to the stage, their languid style of music filling the venue creating a relaxing vibe. Their overall appeal is hard to pin point as their set flows through a variety genres all underpinned by this relaxed vibe. This wasn’t what I’d expected to hear from tonight’s support, yet wholly enjoyable all the same.

As Adam Granduciel and David Hartley’s ever-increasing gang take to the stage they break straight into Under The Pressure, this ten-minute sprawling American rock epic is breathtakingly brilliant. The perfect setup for this evening, it really isn’t difficult to see why these guys have been bumped up to these much larger venues in recent times.

Lost in the Dream is a masterpiece and this evening the older songs are also given a make over with a whole variety with added layers of instrumentation, Arms Like Boulders being the first exponent of this. So early in the set and the band have already eclipsed so many expectations, the older material stands up so well against the unequivocally brilliant new album. As Granduciel announces that this is their first time in Newcastle after claiming that although they were here just a week ago they weren’t truly here! 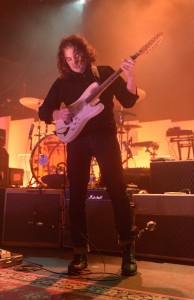 That said though the older stuff is quite sparse in this evenings set as the band base the majority of the middle part of the set on the newer material, tracks like Red Eyes and the title track Lost in the Dream, send chills down my spine. With their beauty and brilliant composition, as they set the room alight.

Having seen these guys a few times before, Come to the City is for me the highlight of tonight’s set, its sound is much bigger and the whole feel of the track is immense the perfect way to close out the main set. They also close out on the phenomenal Your Love is Calling my Name.

There isn’t a point in tonight’s set where the band looks to even break sweat; they make these complex rock tracks look effortless it’s an exhilarating experience. It’s plain to see why everyone else has finally caught on and long may this be the trend as these guys are true masters of this genre and I cannot stress enough how amazing The War On Drugs are.