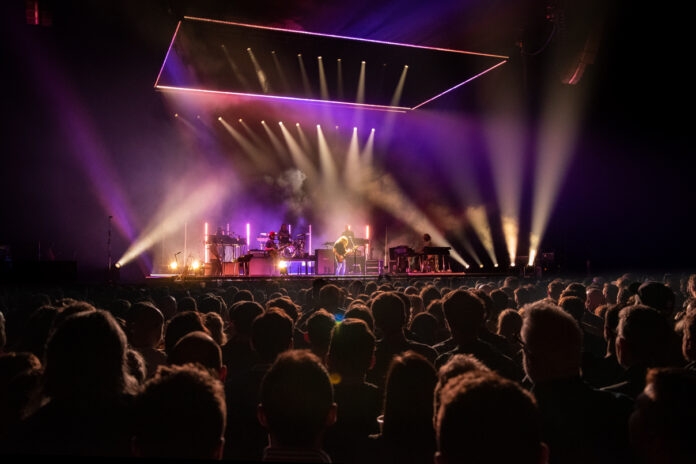 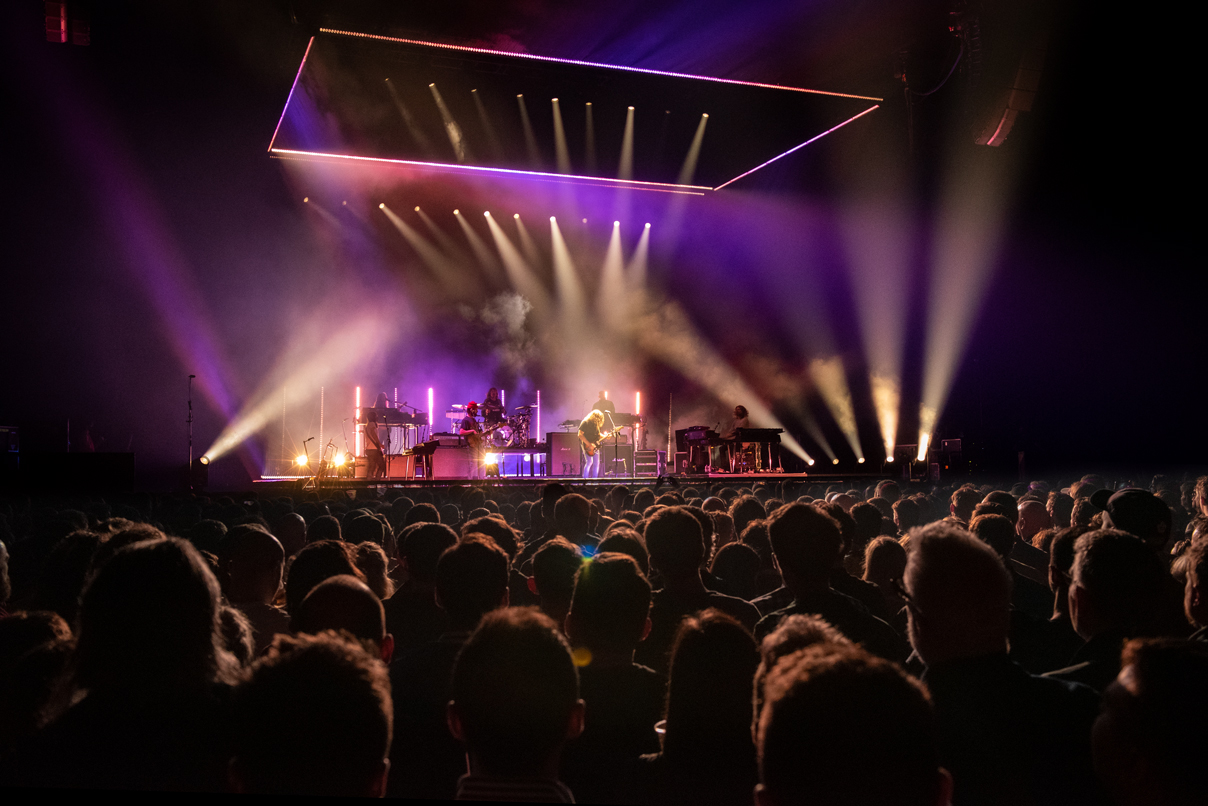 Midway through tonight’s show, Adam Granduciel pauses to pay tribute to Nathan Clark, proprietor of Leeds’ legendary Brudenell Social Club and promoter of many of the Philadelphia outfit’s local shows, including this one. It’s a nice nod by the frontman to the group’s early days on the club circuit; they’re now major label Grammy winners, frequenting arenas like this one on both sides of the Atlantic.

Except, there’s more to it than that. What The War On Drugs pull off tonight is the not inconsiderable feat of making this thoroughly modern venue – which looks like Space Mountain from the outside and presents as a peculiar blend of traditional arena and oversized theatre within – feel genuinely intimate. This is not the Brudenell, but it almost feels that way. 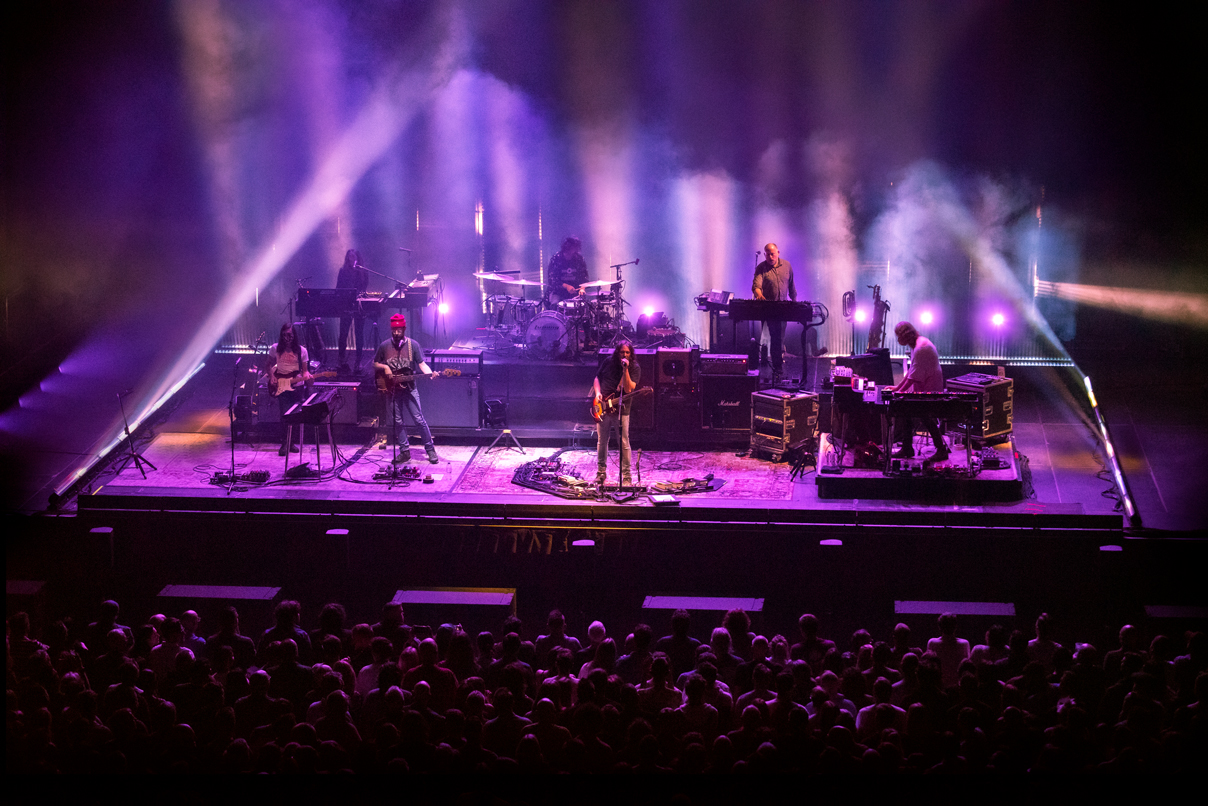 It’s especially striking given that, as the years have rolled by, Granduciel – the group’s singer, guitarist and musical mastermind – has worn his classic rock influences more and more avowedly on his sleeve. Breakthrough record Lost In The Dream plays like a clever blend of Dire Straits and Neil Young; Granduciel’s two-year-old son, meanwhile, is called Bruce, and there’s no prizes for guessing who he’s named after.

All of which is to say that you’d expect The War On Drugs to take their ascension to arenas in their stride, because the kind of soaring Americana that plays so well in surrounds like these is their stock in trade. And there are those moments; the rollercoaster sweep of Red Eyes, an epic, panoramic version of the magnificent Under The Pressure, and an especially huge take on the title track from their latest album I Don’t Live Here Anymore, one on which the upward key changes feel like they’ll never end.

But the real surprise of the evening is the degree to which the band demonstrates their dexterity, both musical and tonally. They open not with immediate drama, but with the slow, gorgeous unfurling of Old Skin, on which Granduciel reflects on his advancing years; elsewhere, there’s the similarly ruminative Living Proof and Rings Around My Father’s Eyes, both of which prove that there are elegant, thoughtful strings to Granduciel’s songwriting bow, ones that perhaps we hadn’t given him credit for. 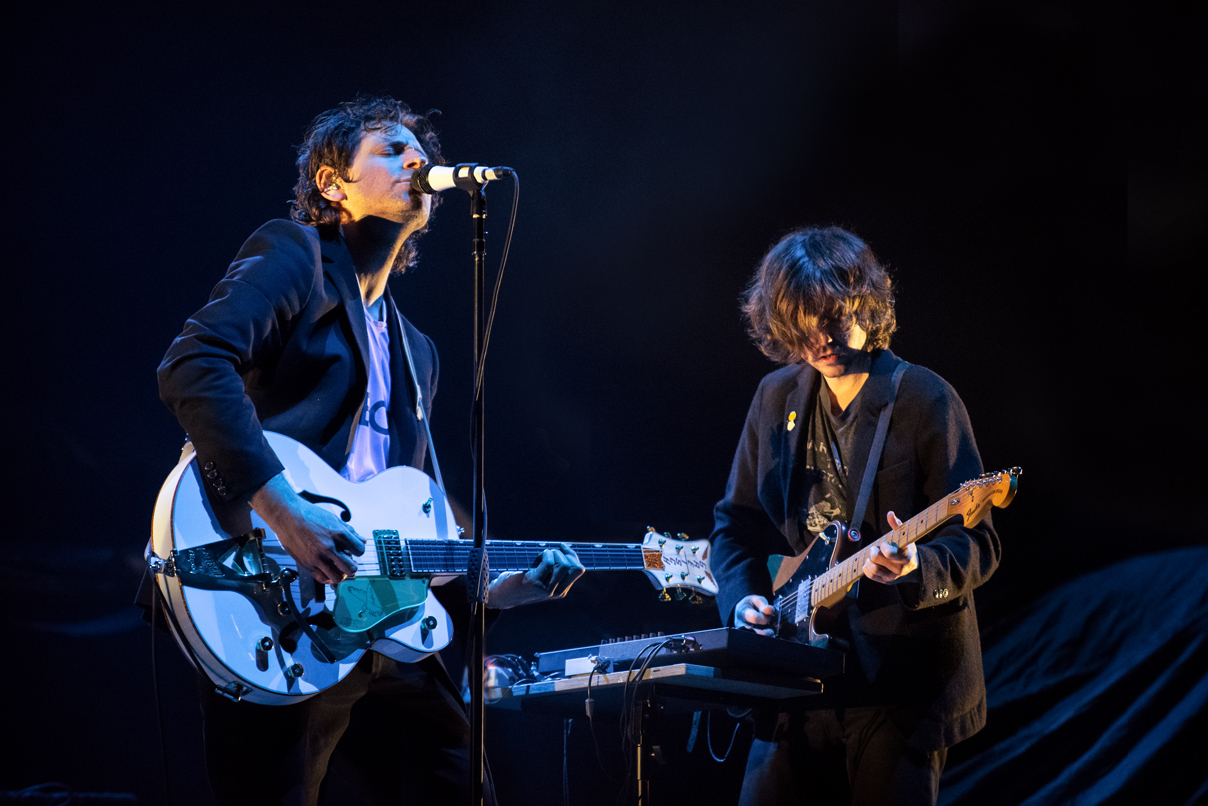 A special mention should go to Lo Moon, who open sensationally. They simultaneously sound nothing like The War On Drugs and yet put you in mind of them; theirs is a sound that soars and is very well suited to arenas, the same way their tourmates’ was for years before they finally got here. And like Granduciel’s men, the Los Angeles outfit are not afraid to let you know who they listen to; the influence of Talk Talk hangs heavy, as it does for so many bands, but with the elegant drama of closer Loveless they’ve made something truly worthy of Mark Hollis’ revered art rockers.

As for The War On Drugs, this is where they’re supposed to be. In full flow, as they are on An Ocean In Between The Waves, or the sprawling closer Thinking Of A Place, they are a beacon of old-fashioned U.S. rock, one that folds into their work with intelligent inflections of country and folk. But they’re also a band of thoughtful emotional complexity; we all thought Granduciel was his generation’s Springsteen, but perhaps he’s Dylan, instead.

Words by Joe Goggins: find him on Twitter here.

Photo credit: Jim Mumby, you can find more of his work at his website.