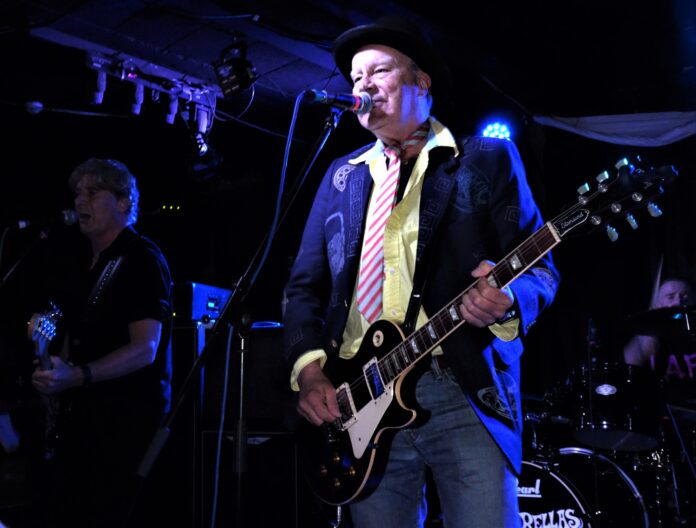 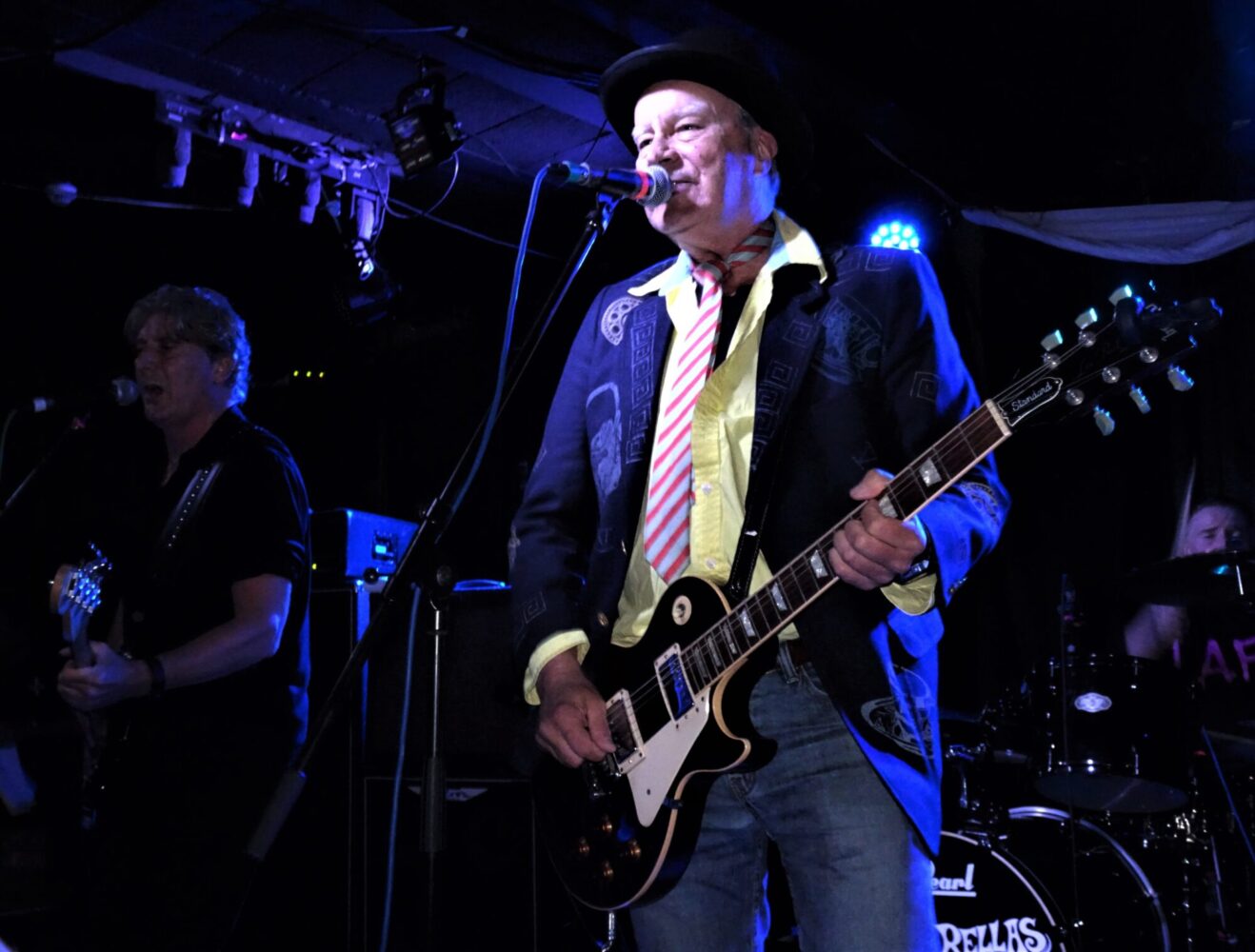 Walter Lure – A Celebration Of A Crazy Life

The announcement of the untimely death of guitarist Walter Lure on 22 August 2020 heralded the loss of the last man standing from the legendary Heartbreakers and a further nail in what is becoming a very large coffin from a pivotal musical era. Ian Corbridge reflects on the life and legacy of one of the key architects of songs that helped to define a whole genre of music.

I guess it was fitting that I heard the tragic news of the death at 71 of Walter Lure via a personal message from a member of the Genzale family, a close relative of Walter’s longstanding sidekick Johnny Thunders. I was immediately struck by the irony that after all Walter has gone through in his crazy self-destructive life, it was complications from recently diagnosed liver cancer that finally took him down. But whatever the cause, the impact of this loss is being felt far and wide by all those that have been touched and influenced by the music of this rock’n’roll troubadour and entertainer.

It was only in March 2020 when Walter published his own story in the form of “To Hell And Back – my life in Johnny Thunders Heartbreakers in the words of the last man standing”. Prophetic words indeed as only a few months later we now find that there are no men left standing from this awesome rock’n’roll unit that was the Heartbreakers. Johnny left us in 1991, drummer Jerry Nolan shortly afterwards in 1992 and bass player Billy Rath in 2014. And now the world seems to have a particularly large void.

Whilst the music created by Walter and his comrades in arms clearly speaks for itself and those tumultuous times, it is perhaps fortunate that Walter maintained some form of diary since his younger days. Whilst there were inevitably many gaps, the diary clearly highlighted enough to piece together a book as it stirred the memory banks from some of the more hazy days in his wild journey through life.

Born in a catholic home in 1949 in a middle class neighbourhood in Queens, New York, Walter certainly had a decent start in life. His father was a retail banker with connections that would prove invaluable much later as Walter started to find his way in the world. With inspiration from the Beatles and an obsession for the Stones, Walter was drawn to the guitar from a young age and would never look back. Whilst his days were filled with a variety of jobs which would lead Walter to qualify as a chemist, his nights were most definitely dedicated to music.

It was of course the rebellious impact of the pre-punk New York Dolls which were to have that defining impact on Walter’s musical outlook. The rule book that had resulted in such “turgid dross” that had now become the norm in the early to mid-seventies was well and truly torn apart and a new era was dawning. And it was throughout this early period of his life, when Walter was moving from the Fillmore to the Mercer Arts Center, that Walter frequently encountered a stylish and stand-out individual who was eventually introduced to him as Johnny Thunders.

With the demise of the Dolls in 1975 and the formation of the Heartbreakers by Johnny and Jerry, it was no surprise that Walter’s own band, The Demons, secured support slots for some of those early shows. And it wasn’t long before Walter was asked to become a Heartbreaker with a subsequent initiation into a world of drugs and wild parties that would become such an integral part of the next period of his life. As tensions overflowed within the band due to the competing egos of Johnny And Richard Hell, the final line up was completed when the latter was replaced by Billy Rath.

Over the coming years, a collaborative Lennon and McCartney style song writing approach would create some of the most memorable anthems of the punk/ post punk era. Ideas would be floated by Walter, Johnny or Jerry and would slowly morph into what would become LAMF, the band’s only, yet historically vital, studio album. Even songs which were very much Walter’s own creation would be credited under this song writing team such as One Track Mind, All By Myself and Too Much Junkie Business. 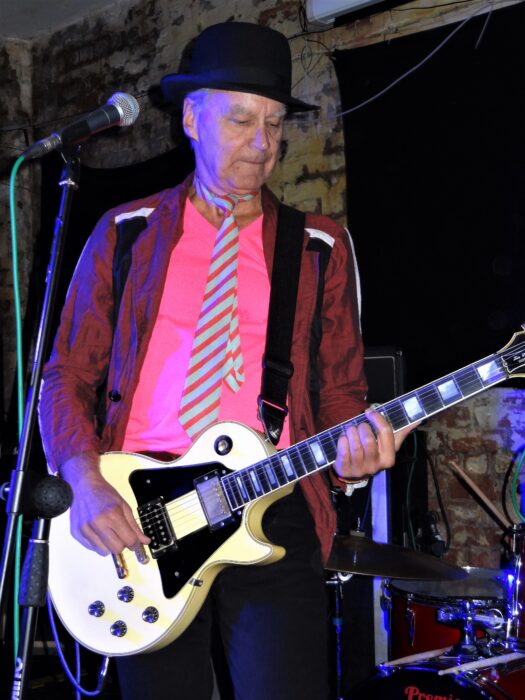 The invitation from Malcolm McLaren to join the ill-fated Anarchy Tour in the UK in 1976prompted a move to London, the signing to Track Records and the recording sessions which resulted in LAMF, one of the most influential albums of that period. It was also in this period that Walter’s visual style was cemented with the gift of a red girls school tie from a roadie and his girlfriend. This tie, along with a bowler hat and his trusty Les Paul Deluxe, quickly emerged as Walter’s signature and an image that lasted right to the end.

The well documented issues surrounding the final mix of LAMF, subsequently confirmed as being a mastering flaw, contributed to Jerry’s departure and the gradual demise of this incendiary rock’n’roll unit. Alongside a series of Heartbreakers reunion shows usually held at Max’s Kansas City, with or without Jerry, Walter only had his infrequent gigs with other bands such as the Waldos, Hurricanes and the Heroes to fall back on but there were still bills to be paid and so another job seemed a necessity.

It was at this point that Walter leaned on his father’s connections in the financial district and got himself a job on Wall Street, along with his brother Ritchie who also played in the Heroes. So a broker by day and a junkie by night – what a double life that was. But having cleaned up in 1988, his financial acumen brought Walter unprecedented success ultimately leading a large team and trading daily in millions of dollars. Walter subsequently admitted that getting that job probably saved his life.

Throughout this whole period, Walter kept playing gigs and therefore the spirit alive. He may well have played with Johnny more than he did had Johnny been better at planning and communicating. In one conversation with Walter, I couldn’t help but ask him why he didn’t play at the infamous week at the London Marquee in August 1984. The simple answer was that Johnny just did not give Walter enough notice to get leave from Wall Street.

The Waldos released the much acclaimed album but under-promoted, Rent Party, in 1994 with songs old and new, all of which enjoyed the tried and tested formula Walter had made his own. Gigs around the world were fitted in around work commitments and Walter became a more frequent visitor to the UK in the last decade.

Subsequent to Walter’s retirement from Wall Street in 2015, Louder Than War caught up with Walter for an in depth interview in 2017 which you can read here. In 2018 Walter released his second studio album in the form of Wacka Lacka Loom Bop A Loom Bam Boo, with a typical mix of songs and similar critical acclaim. Throughout this period Walter had gathered an esteemed band of musicians to play shows celebrating the 40th anniversary of LAMF. The tour finally hit the UK in August 2019 and Louder Than War was in attendance to review the Manchester show. 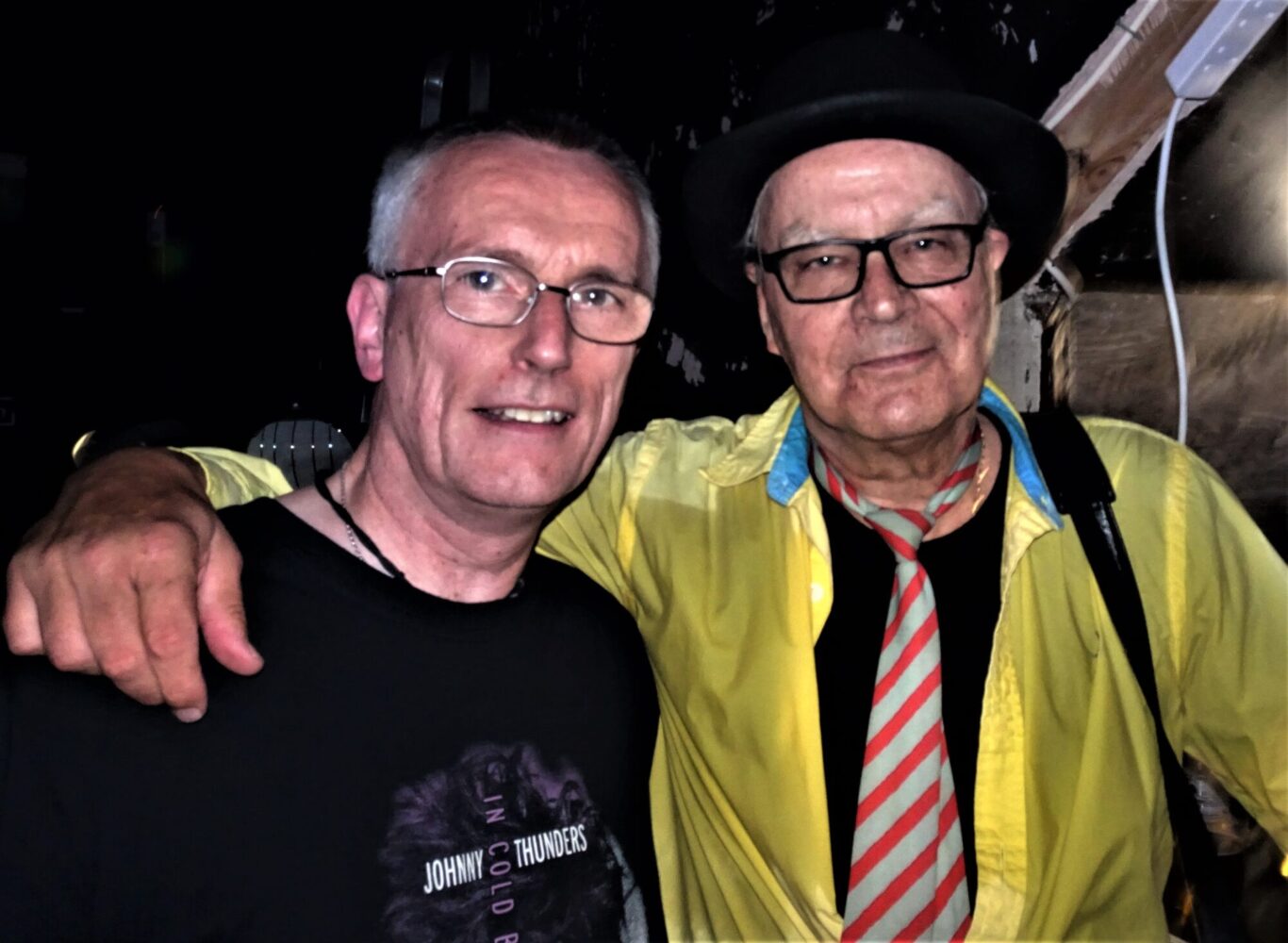 From my own personal experience of seeing and meeting Walter on so many occasions, there is no doubt that he maintained his passion and enthusiasm for the music that means so much to so many and remained a gentleman right up to the end. In 2010 I recall my son Adam cutting his hand on glass smashed on the stage during Walter’s encore at the Actress and Bishop in Birmingham and we both ended up spending much of the post gig time in the dressing room, with Walter insisting on using some of his white wine to try and heal the wounds. And then again at the same venue the following year, Walter gave up a lot of pre-gig time to allow Adam to interview him for a programme he produced at that time for his university radio station.

It is particularly sad to reflect that Walter’s death comes at a time when he seemed to be enjoying life and performing as much as ever and his audiences were certainly responding in kind. It appears that his liver cancer had not long since been diagnosed. However, I now realise that Walter’s non-appearance at the recent annual birthday tribute concert for Johnny Thunders was due to his sudden battle against this unrelenting force. It is good to hear that Walter died peacefully surrounded by his family who are all in our thoughts at this time.

The death of Walter Lure heralds the loss of one of the great rock’n’roll survivors to something out of his control, after a life much of which was lived very much in the fast lane. Whilst all this is still very raw, it really feels like the closure of a vital chapter in our lives as the heartbeat of the Heartbreakers finally stops. However, we are fortunate to have such a great legacy of studio and live recordings to enjoy in the future which will always keep this particular candle burning brightly. Long live the spirit of Walter Lure and the rest of the Heartbreakers wherever they may be, and long live the spirit of rock’n’roll.