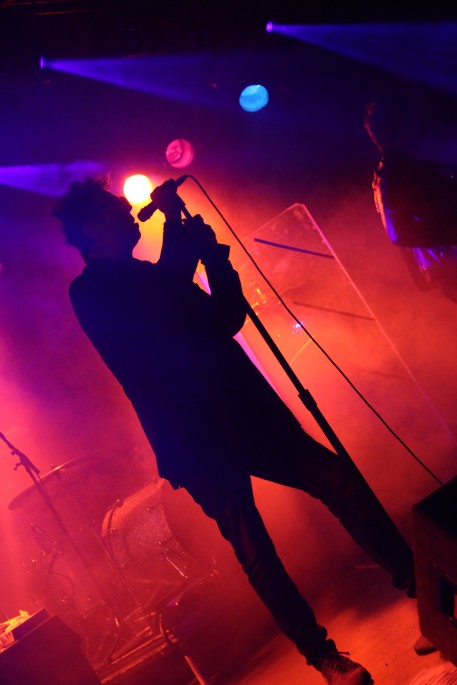 Louder Than War’s Stephen Murphy went along to the inaugural Wake Up Indie All Dayer at Nottingham’s Rock City. Was it seven hours of glorious nostalgia, or a day of soul crushing disappointment?

The steps leading to Nottingham’s Rock City look like a scene from The Walking Dead. A throng of shuffling, wrinkled, grey haired 40 and 50 somethings are on the prowl – ravenous not for human flesh, but for daytime lager and classic guitar music. The sight is both simultaneously glorious and a little bit heartbreaking. Glorious, because it’s testament to the power of music, that so many folk can be enticed out in the middle of the day to see some half remembered bands from their youth. Heartbreaking, because the assembled masses act as a giant, fractured mirror – a constant reflected reminder to each other, that no-one assembled is a teenager anymore.

With these gloomy fucking thoughts on the nature of ageing and mortality running through my head, it’s going to take a rare band to snap me out of my melancholic ennui. Do The Sultans of Ping have what it takes to lift me out of the loss-of-youth doldrums? 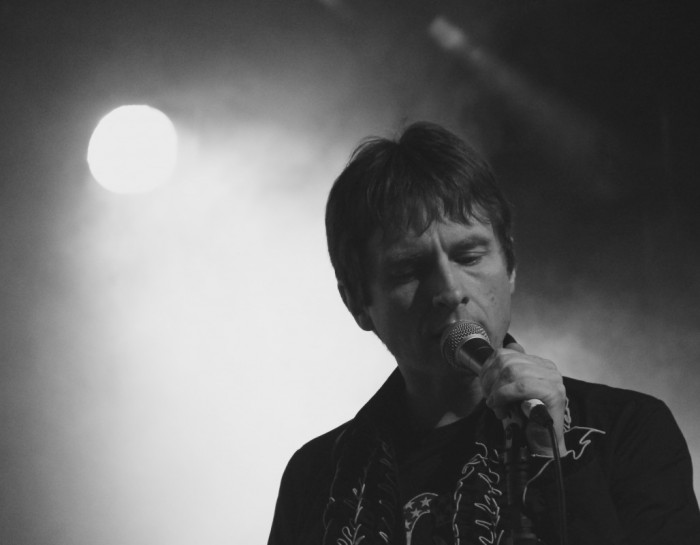 I have to admit, I was never really a fan of The Sultans of Ping back in their 90s heyday, but based on their smiling swagger, occasionally anthemic tunes and boundless enthusiasm, it’s perhaps my loss that it’s only today that my live Ping virginity has been taken.

Front man Niall O’Flaherty is absolutely the eye grabbing focus of the band. Clad in tight, black, high gloss pleather trousers (either an ironic nod to traditional rock n’roll excess or the sign of a crazed madman), O’Flaherty wanders the stage taking occasional nips from a hip flask and with each swig radiates ever increasing vibes of ethanol-powered positivity.

Whilst it’s fair to say that portions of the Sultans’ set list is lumpen indie-by-numbers, tracks like Stupid Kid and the student disco classic Where’s Me Jumper, have enough speedy buzz to get the heart racing and the feet twitching. You’d also have to be the world’s most miserable bastard not to be moved by the harmonica-led loveliness of Lets Go Shopping.

The Sultans of Ping may not have been, or will ever be, the worlds greatest group, but they’ve proved today that even old time indie underdogs can be a bit special.

With a positive start to proceedings and my mood considerably brighter, it’s time for the band I’ve been most excited about seeing today – Brix and the Extricated.

It’s all a bit odd hearing Fall songs without Mark E Smith’s inaudible drawl, or witnessing his amp knob twiddling antics, but whilst The Fall may ostensibly be Smith (plus or minus his granny and/or bongos), a whole host of other people can claim equal ownership of The Fall back catalogue, and it seems Brix and the Extricated are taking back what is rightfully theirs. 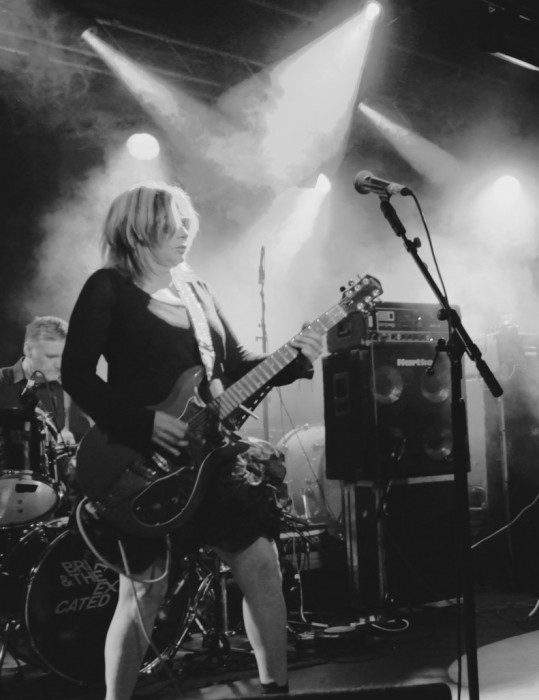 With Brix leading from the front – wrangling and whipping her guitar like it’s become possessed by some bastard demon – songs like Dead Beat Decedent, Totally Wired and Hip Priest take on new life. This freshness and energy given to tracks that haven’t had a live outing for many years is thrilling to see, and you can only wonder what MES would make of it all if he was present.

You get the distinct impression though, that this group of fallen Fall members couldn’t give two shits about what Smith thinks, and prove this by playing a brand new track – Something To Lose – which rather brilliantly sounds like prime Fall-band material, but with a spangly pop twist. 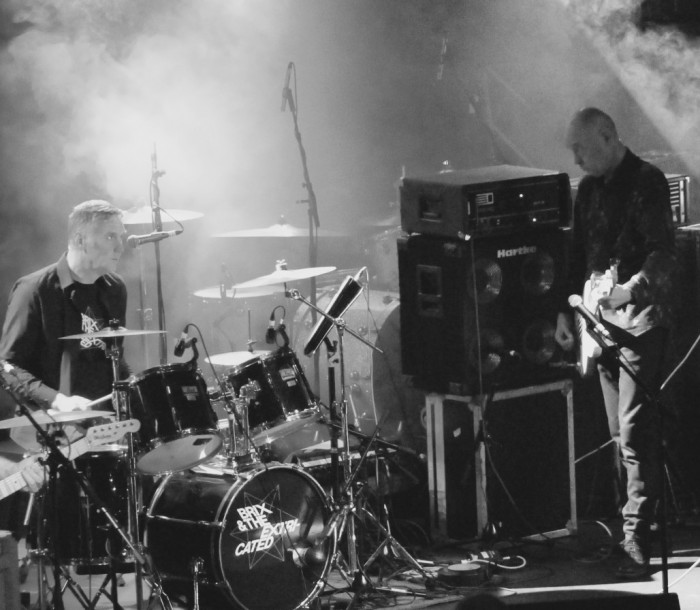 As good as it is to see Brix heading up the band, it’s perhaps just as gratifying to see the Hanley Brothers (Paul on drums, Steve on bass) once again acting as the sonic engine room for some glorious cacophony. Whilst on top form for the whole set, it’s an ear flapping encore of Mr Pharmacist, that leaves no doubt that they’re still one of the best rhythm sections rock/pop music has ever seen. Marvellous.

If Brix and the Extricated were the shock of the new(ish), then The Wedding Present are like a pair of comfy slippers that you know are going to feel shitting lovely after a hard day in steel toe-capped boots without a sit down. In fact, having seen the band numerous times over the last 25 years, I’ve never witnessed a sub par Weddos performance, and I don’t expect them to start now. 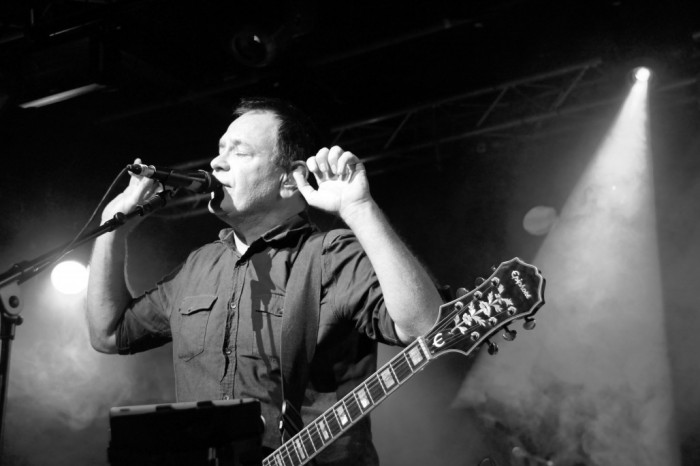 True to form, Dave Gedge and co. start as they mean to go on with a razor sharp Everyone Thinks He Looks Daft. Even to this day, I still don’t think anyone has quite captured the pain of lost love and betrayal quite like Gedge, and for a moment as the band play, I’m 17 again, listening to George Best (the band’s debut LP) in my bedroom, full-to-the-brim of weeping teenage angst.

The aural Proustian rush is maintained with the stomping, over-stimulated buzz of Kennedy, the proto-grunge of Dalliance and Dare, and a final hurrah in the shape of My Favourite Dress – a song that that makes you laugh, cry, cry some more, then believe once more in the power of love. 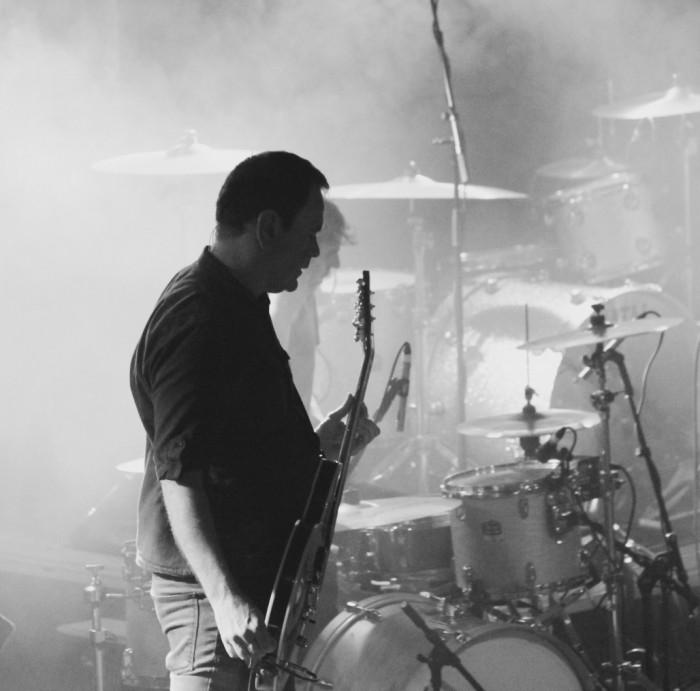 In fact, the only annoying thing about The Wedding Present is that Gedge looks as fresh and youthful as his songs sound (the bastard), and still manages to ooze rock star cool, even when hunched over his guitar, thrashing his fret board with the same studious intensity of a cat licking its own bottom.

If The Wedding Present are a good example of a vintage band maintaining their legacy with barnstorming, crowd pleasing performances, tonight’s headliners – Echo and the Bunnymen – are an object lesson in musicians who seemingly don’t give a shit any more. 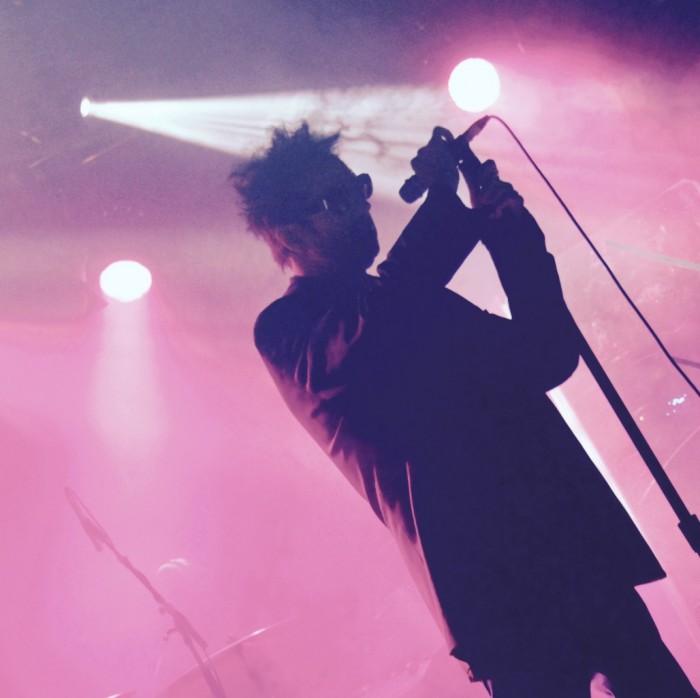 There’s no argument that Echo and the Bunnymen are one of the great bands of the 80s – musical innovators with a back catalogue that holds some of the defining tunes of that decade. It’s a crying shame then, that tonight’s performance has all the passion and drama of a week old cheese sandwich.

Whilst the songs sound as great as ever, the band are so heavily bathed in shadow that the whole point of witnessing a live musical performance is negated. Going to any gig is surely about performer/audience interaction, and actually being able to see the whites of a front person’s eyes. In Ian McCulloch’s case, the lighting set-up means he’s in perfect, perpetual darkness, and the only time he moves is when he wanders over to the table behind him for a slurp of booze, or a cheeky wheeze on a fag. Other than that, he stands in absolute stillness. It’s almost as if he’s playing an elaborate prank – toying with the audience’s preconceived expectations about rock music performance. That, or he’s auditioning hard for the title role in the Weekend at Bernie’s remake. Who knows. 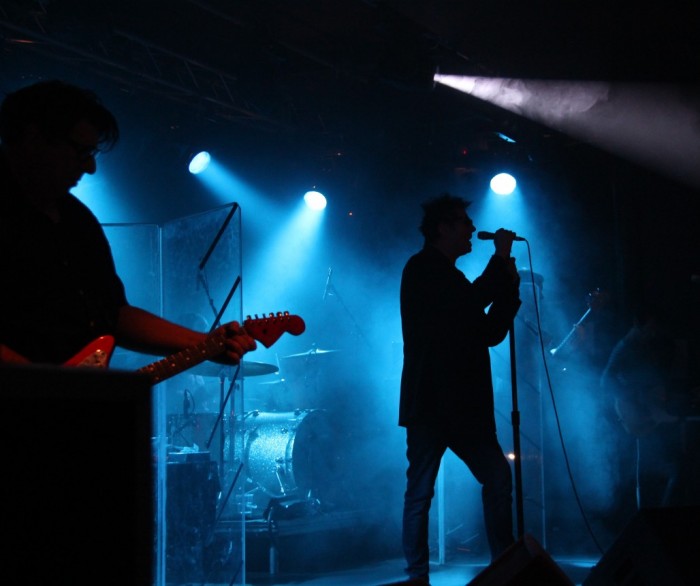 It’s hard to be mad at the creative geniuses who created Seven Seas, Killing Moon and The Cutter, but as the band leave the stage after an encore of Lips Like Sugar, I can’t help but think I’ve just seen a faded facsimile of a once great group. Of course, these songs will always be magical, but given the choice of seeing The Bunnymen live again or going ten rounds with Jason Statham, then well, come on Jase, let’s be having you!

Even with the disappointment of tonight’s headliners, all thoughts of atrophy and decay have been banished as I leave Rock City with the rest of my ageing peers. Maybe it’s the lager. Perhaps it’s the music, but to paraphrase the song, “it may be later than you think, but still try and enjoy yourself yer miserable, miserable bastard”.