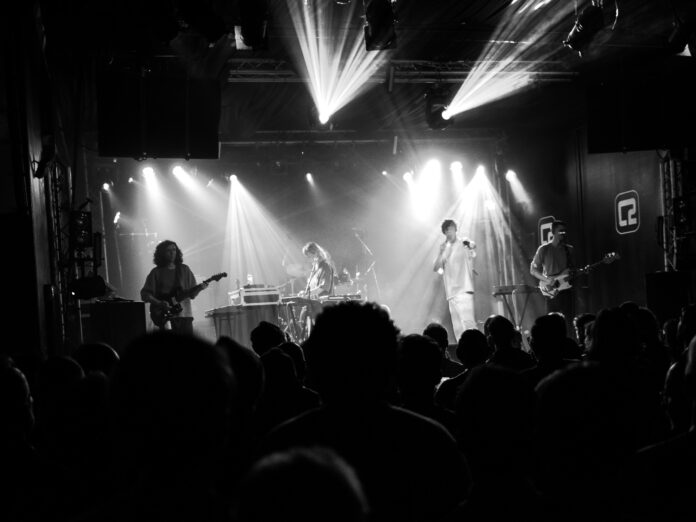 Manchester-based collective W.H. Lung presents a video for the closing track from their latest album Vanities.

With its intriguing origin, the song’s title hints at various interpretations. In Turkish tradition, Kaya is a name that encompasses different meanings such as ‘restful place’, ‘yew tree’ and ‘forgiveness’. Some languages in India use this word as an equivalent of English ‘skin’.

Coated in white paint, Joe Evans seemingly personifies an idea of a blank canvas. With his animated choreography and pantomime-like style of acting, Evans wanders around a picturesque garden and mysterious apartment (the flat of Hannah Peace, the band’s keyboard player). Attempting to enliven the jaded residents, he is threatened to be (and eventually is) painted in all colours of the rainbow. Mixed, the palette on the white skin becomes mixed to the point of dirt.

The video was influenced by the Japanese movement art Butoh and David Hockney’s time-lapse iPad paintings. Thus, the plot is a reflection of an artist on his creative path. “The original thought behind any creative venture begins life as a feeling, a sensation, which the artist then fumbles into the physical world,” Joe says.

W.H. Lung also announce the tour dates which can be viewed here. The band heads to Austin in March for SXSW