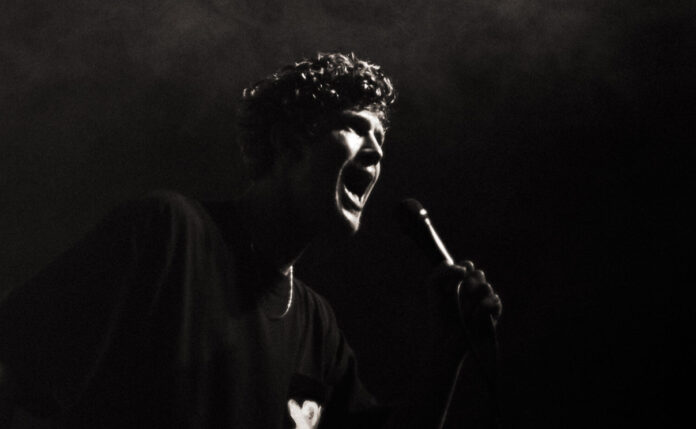 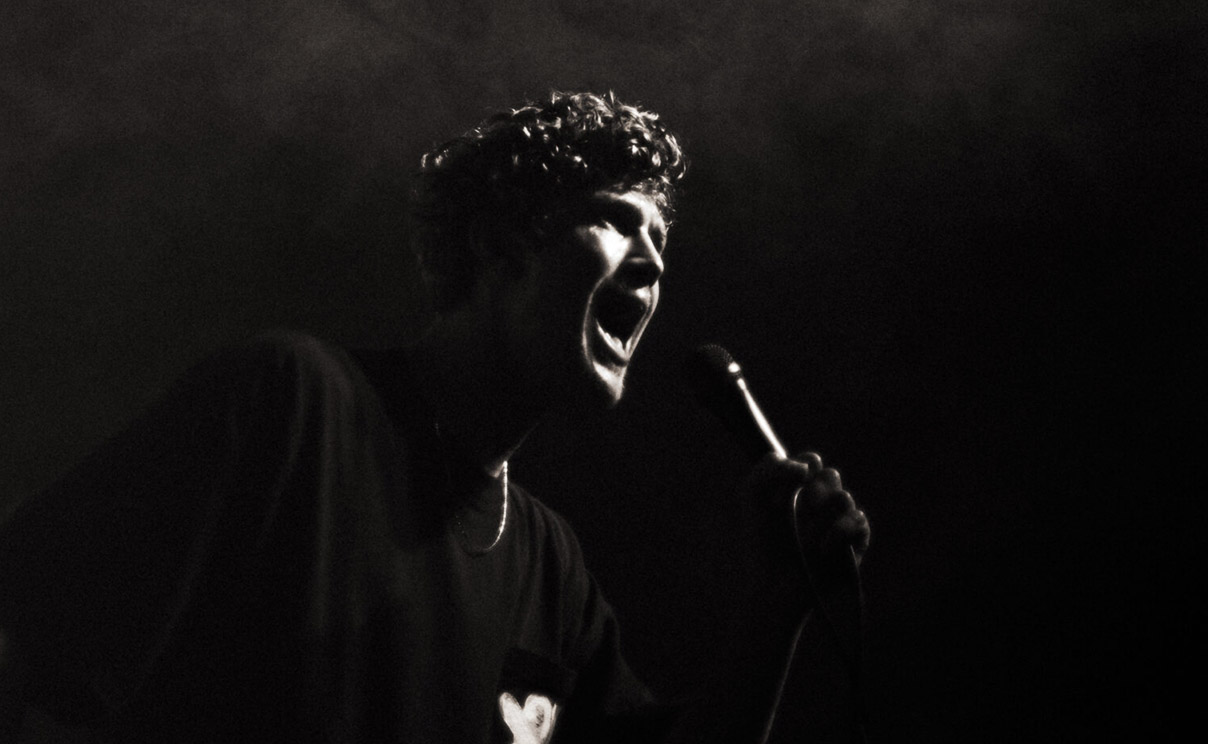 The design of the iconic Scala outlines a deliberately decadent pseudo-opera palazzo for mavericks. In tune with the name, which translates as ‘ladder’, the venue has several levels, connected by narrow passages. Long and endless, they curve like undulating Italian gardens. A host to the only UK gig by The Stooges in the ‘70s, the club has soaked in energies and wildness of various sorts. The facility seems to resonate with the music it receives.The curves of corridors and balconies, facing the stage, are seemingly in harmony with a speeding-up tremolo of Moderate Rebels, playing the intro of their “agnostic gospel” Higher Than The Hierarchy.

With a varying line-up this evening, the live band consists of Kevin Retoryka on guitar, Kate Worthington and Emma Faulkner on vocals, Anna Jones on bass, Susan Milanovich on drums and Mo Bruce on keyboards. Together they create a blissful sonic environment, comforting ears and souls of the Stereolab and Spiritualized fans. Just like the aforementioned stylists, Moderate Rebels have a sense of communal creativity and an adventurous approach to blurring the boundaries between music genres. While their live sound is defined, the records from the latest triple album If You See Something That Doesn’t Look Right connect remote dots of the popular music landscape. They bring to mind various associations – from Moloko to The Polyphonic Spree.

Perhaps adventurousness is the common thread that might explain why such different bands as W.H. Lung, Moderate Rebels and Honeyglaze appear on the same bill. Despite the visible differences, the transition between the first two sets feels smooth. Honeyglaze, whose summary of music influences feels very similar to those of a Sweden-based Melby, attempt to inject their eclectic psych-folk compositions with a poetic feel. Filling the gaps between songs, the bassist Tim Curtis reads lines that sound like a perplexing blend of haiku and Daniil Kharms. Yet, the effect is sedative.

After the respite, the audience is taken hostage by the headliners. The pre-pandemic incarnation of W.H.Lung left an imprint on the majority of their spectators. From the very first seconds, it becomes clear that they are, indeed, the ones to watch.

The post-pandemic W.H. Lung are Joseph Evans (vocals), Tom Sharkett (guitar/synths), Alex Mercer Main (drums), Chris Mulligan (bass) and Hannah Peace (synths). Released after the lockdown, their second album Vanities got the attention that they had deserved. Naturally, the exposure introduced new elements.  The changes are perhaps more obvious to a long-time follower. Their audience looks younger. The band’s line-up, now featuring the female keyboard player and the new bassist, communicates a different energy. The vibes of their somewhat more stripped-down latest album are more straightforward, arousing unintentional dance floor moves. There are still allusions to iconic Mancunian bands which resonate most with the mature spectators, particularly the one wearing a branded Magazine t-shirt. Some recall the familiar pulsating feel of New Order in the synth arrangement of Gd Tym.

Still, the same old intensity prevails. The frontman Joseph Evans seems to be falling into somnambulism when performing his occasional tai-chi movements. He is stretching legs across the stage, leaning towards the audience and looking them straight in the eye. With a blurry boundary between the act of performance and spiritual practice, Evans is simultaneously tuned in to now and off in a parallel world.

In keeping with the pace of their debut record, some songs begin with longer krautrock-ish and synths-infused intros. Performing Nothing Is, they gradually build up the sound. It seems as invigorating as a flower whose blossoming is captured by a time-lapse camera. Maybe a kind of flower similar to those embroidered on a garment of Evans. It’s always intriguing to see this band growing.

The tour dates of W.H. Lung are available here

More music by W.H. Lung on their official Bandcamp. Moderate Rebels and Honeyglaze are on Bandcamp and Facebook respectively

All words by Irina Shtreis. More writing by Irina can be found in her author’s archive