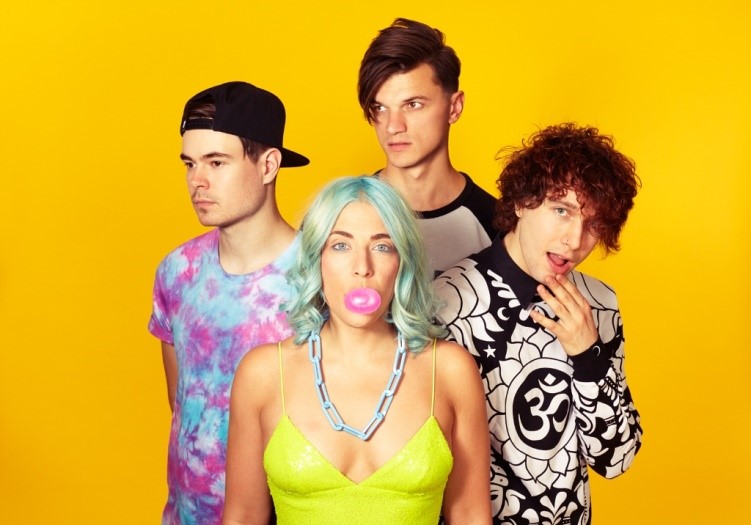 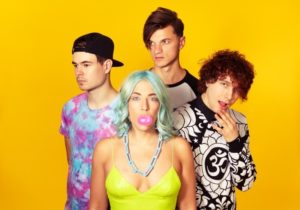 The alternative-rock scene is one that regularly goes through the motions and suffers from periods where, creatively, many of the acts sink into sonic stagnation. After going from strength to strength in recent years, Scottish outfit Vukovi has just dropped its long overdue debut album.

Louder Than War’s Thomas Roden assesses whether it marks a sea change or simply goes through the motions.

If there is one thing that Vukovi has made abundantly clear in its time as a band, it is that the outfit should not be pigeonholed or judged simply for being female-fronted. If it wasn’t clear enough through early days songs such as 2011’s subtly titled Use Your Sex, vocalist Janine Shilstone explicitly mentioned when we interviewed her previously. Vukovi is a band rightfully more interested in making an impact on the scene as a whole than simply in the world of female-fronted rock and, by adopting this attitude, has effortlessly done both.

Five years between a debut EP and a debut album might be a surprisingly long stretch, but Vukovi has undoubtedly made it worth the wait. At a time when uninspired alt-rock guitars riff amock and alternative outfits featuring females tend to opt for the overtly poppier soundscapes popularised by acts like Paramore, Vukovi offers up a breath of fresh air in the form of crunchy tones, raw passion and unbridled intensity – all delivered with a sardonic and lighthearted smirk.

This less-than-serious attitude only scratches the surface of Vukovi’s magic. Lyrically, Shilstone completely shakes off any potential ‘damsel-in-distress’ lovelorn messages and instead portrays undeniable dominance and relentless power, while still showing vulnerabilities. She is raw, uncensored and unafraid to be upfront about her emotions, which makes for moments of confrontational intensity like opening anthem La Di Da as well as moments of magnificent tenderness as with Colour Me In. This album displays several shades of feeling and sound, and Vukovi is a master of them all.

Yet this range would be nowhere near as effective if not for the sublime instrumental prowess exhibited by the band. Each composition is perfectly crafted, from every expertly executed guitar line and muscular drum beat to each well-balanced backing vocal harmony and sparingly applied digital modulation. Tracks like Wander, with its seismic shift from gentle echo-laden melodies to a relentless rush of crunchy tones, and Prey both perfectly exemplify the talented musicianship of the band, making for tracks that never feel static or uninspiring.

With a strong vocal character and well-crafted instrumentation, all Vukovi needs to truly excel is a couple of anthemic tracks. Fortunately, the band has this. In fact, almost every track on the album possesses an anthemic quality. Bouncy Castle effortlessly takes the title of greatest singalong moment on the release but tracks like La Di Da, Animal and Boy George are all close runners. Each of these distinct tracks are united by one single, consistent quality: a deviation from the norm and the subversion of standards.

Vukovi isn’t here to be compared to any other artist, nor is it here to follow the crowd into obscurity and insignificance. The band is something very special and is the creative release the alternative scene has been waiting for. It might have taken Vukovi a long time to get around to releasing its debut, but there will be nobody arguing that it wasn’t worth the wait.

You can buy Vukovi’s self-titled debut album on iTunes and the Vukovi store. The band is also active on Facebook and Twitter, while updates can be found on its website.

All words above were carefully selected and shaped into sentences by Tom Roden. More of his experiments with language can be found on Tom’s Louder Than War authors page.