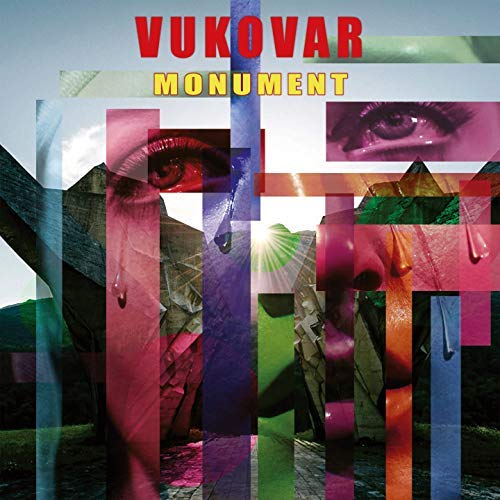 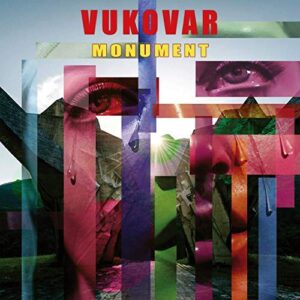 Releasing six albums in three years (two in 2018) may ordinarily be a case of over exposure, of issuing inconsequential and meaningless material. In the case of Vukovar it is quite the opposite as they release possibly their finest work to date with the astonishing Monument. In a collaboration with British artist, musician and composer Michael Cashmore (Current 93, Nature And Organisation) their sound develops once more into an inviting and thoroughly immersive collection.

At first listen, the twelve tracks may seem as though they are meandering with little meaning and with lesser direction but, allowing oneself to be caught up in the whole episode reveals that Monument is in fact a work of incredible beauty, bordering on genius.

Opening with a quote from Alice In Wonderland, Monument takes you down corridors, through doors and into wide expanses of adventure and bewilderment. In the same way that the unlikely combination of punk and reggae seemed to gel perfectly from the 70s to the 80s, so Vukovar have found a quite unique marriage between punk/goth and ambience. An unlikely and initially unbelievable joining it would seem but, they have succeeded, and some.

Huge chasms of spoken word and droned repetition entice the listener to almost listen to what isn’t present rather that what is. Opening with This Brutal World and My Continuous Moment, the mood is still, dark and filled with intrigue, it instils a feeling of calm, almost meditative with looped keys and vocals echoing to almost incomprehensible reverb.

What then follows is a slab of pure alternative pop. Little Gods (listen here) has classic hooks without the need for a recognisable chorus and often cements unavoidable comparisons between a Joy Division/New Order hybrid – the hard bass drive and melancholic vocal brings this album to life.

With the involvement of Cashmore (who has also worked with Marc Almond, Anohni, Nick Cave and Tony Visconti) comes a slick, smooth end result which oozes masterpiece at every corner. The theme of existence is one which is repeated throughout and Exist As I Exist (Visions In Silence 11) returns once more to a gothic ambient feel with the addition of disturbing screams of pain and terror nestled into the background. It borders frightening make no mistake, and would serve well as part of a soundtrack to a horror movie as it takes hold of ones senses in a quite unbelievable way.

Hover effortlessly glides through eleven minutes of ambience rising up to and falling down from louder industrial sounds and whislt The Last Goodbye Happens Everyday further endorses the bands capability of knocking out delightful commercial tracks, and The Duty Of Mothers (listen here) revisits some spectacular reverb almost dub-like in end result.

Closing with the comforting, if not slightly disquieting Nein Mein Engel Nein (roughly translated as No, my angel, no), Vukovar have once more warned at the perils of compiling Album Of The Year lists too early. In time, Monument will render you speechless, an overwhelming album of quite stunning quality and innovativeness. The time may be close for Vukovar.