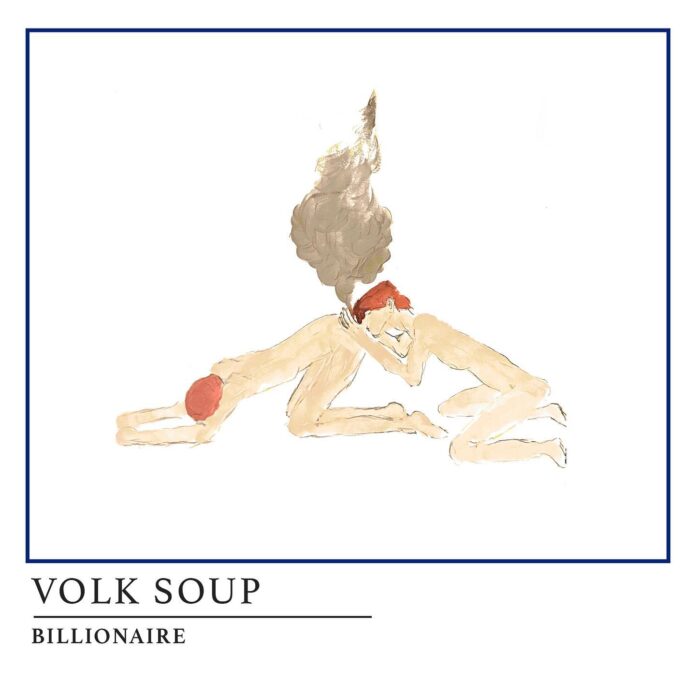 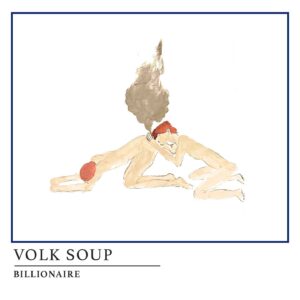 Volk Soup: Billionaire / I Shot Him And I Ran  (self-released)

DL from Spotify and other platforms

A new band from the North. Young, intelligent, nihilistic, petulant, inventive and everything we thought Y@rd @ct were going to be, but aren’t. Ged Babey climbs aboard the Volks band wagon.

What is the point…of anything?

Genocidal Putin and the Ukrainazi’s.  Tory-scums incremental annihilation of the poor. The Grim Reaper taking the brightest and best first.  When we turn to Netflix for ‘entertainment’ we get the horror story of a gurning paedo. For Fucks Sake…. Life is shit.

I know what you must be saying to yourselves: “If she feels that way about it Why doesn’t she just slit her throat and shut up?”#

I wanna be a billionaire
With that same self-satisfied, glassy-eyed stare
As Jeff Bezos that wonky-eyed fuck
Or Elon Musk that honky waste of spunk

It’s a catchy, little number.  A distinct Dirk Wears White Sox / Glaxo Babies feel about it jumps out to me personally – but to your average mainstream indie listener it must sound like madness on the prowl. One of Volk Soup was physically ill and had to be restrained to stop him setting himself on fire when I pointed out the vaguest of similarities to the R@d H0t Chilli P@ppers ‘Give It Away’.  A song he was lucky enough to have never heard before.

Billionaire is a disingenuous protest. A nihilistic tongue in the cheek and a petulant
stab the world’s easiest targets… the untouchably rich. We all (and Bruno Mars himself
can attest to this) wish to have access to unlimited amounts of money, but not all of us
could stomach the shame. This is my petty attempt to imagine myself in the shoes of
those I resent the most.

Volk Soup are jokers. But not comedians. Volk Soup are serious, but they make themselves laugh. Volk Soup want to be as great and inspirational as all the bands from the past – but probably don’t give a fuck whether anyone likes them or not.  Volk Soup are just beginning – but starting at the end (of days).

Volk Soup are young, but look like they come from the 1930’s. 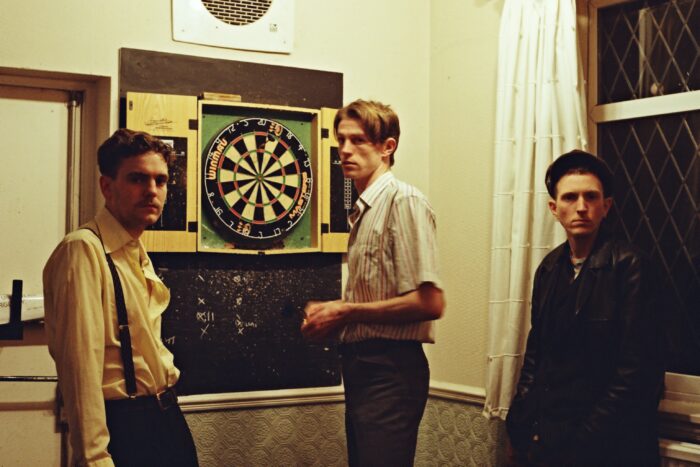 With a collective interest in post-punk and mutual tastes in more niche genres such
as no-wave, the band ventured towards a more specific sound, in the same ilk as Fat
White Family, The Fall, Country Teasers, Talking Heads, The Contortions, Suicide
and much more.

I Shot Him And I Ran is even better. A yelping speedfreak rant with a ‘Family Of Noise’ breakdown and Contortions funk groove. This should be forcefed to people who think Wet Leg have any kind of radicalism or depth to their Play School self-indulgent whimsy.

“I Shot Him and I Ran” is about the implications of repressive structures pushing people to believe in nothing and the violent actions that are bred when one can no longer see hope in the future.

Volk Soup are the Now Sound for the (sub)culturally dispossessed and the soundtrack to the poverty of everyday life.

Everything is still fucked though.

All words by Ged Babey. Press release content and lyrics in italics.