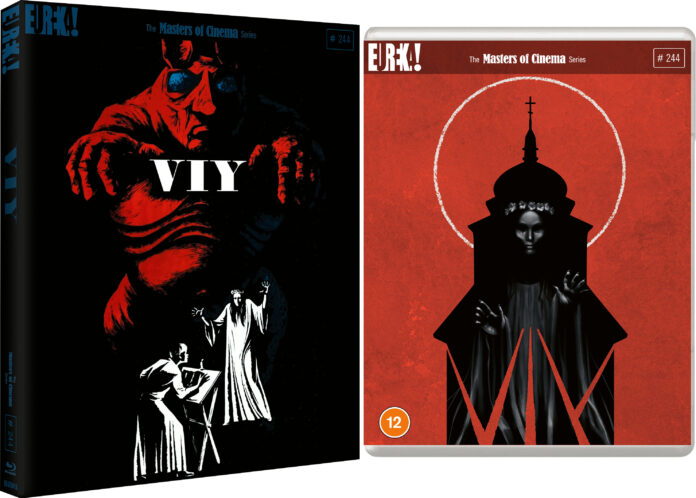 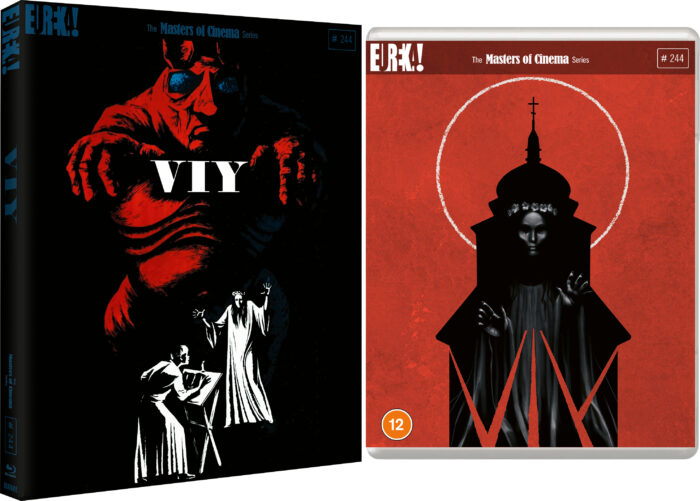 Jamie Havlin looks at a unique and groundbreaking movie made in Ukraine during the Soviet era that has been called one of the greatest horror movies of all-time.

Imagine living in a totalitarian regime with a strict code of censorship in operation, where the public can’t be trusted to watch anything other than state approved cinema and television, and where horror movies have to date been deemed ideologically inappropriate. Then imagine how cinema goers in the Soviet Union must have felt as the country’s first horror movie was finally filmed and given a theatrical release in 1967.

Luckily, VIY was allowed to be made as it was based on the work of a state approved author with a worldwide reputation in Nikolai Gogol, whose novels and short stories were even enjoyed by Stalin. If penned by a contemporary writer, the authorities would have clamped down and the film would never have been approved. 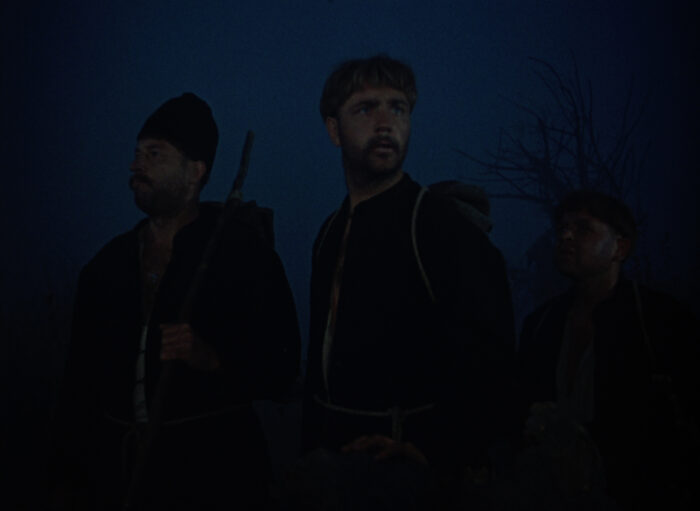 Three young seminary students lose their way as they try to make their way home at the end of term. One spots a little homestead in the middle of nowhere, and they make their way there, demanding to the crone who greets them that they be given a night’s shelter.

Living alone and suspicious of the young men, she insists that they sleep apart, telling one of them named Khoma Brutus (Leonid Kuravlyov) to make some straw in her barn his bed for the night. He settles down but before he’s enjoyed even a wink of sleep, the woman returns with a lustful look in her eyes.

‘Not for all the gold in the world, would I let you tempt me!’ Khoma tells her, half amused and half horrified. She isn’t interested in his words. A witch, she places a spell on him, climbs on his back and forces him to fly into the night with her perched on his shoulders, whipping him with her broom and cackling all the while. Filmed as if maybe a dream, when the pair finally land, Khoma savagely beats her unconscious to the point of death. But this is no dream. 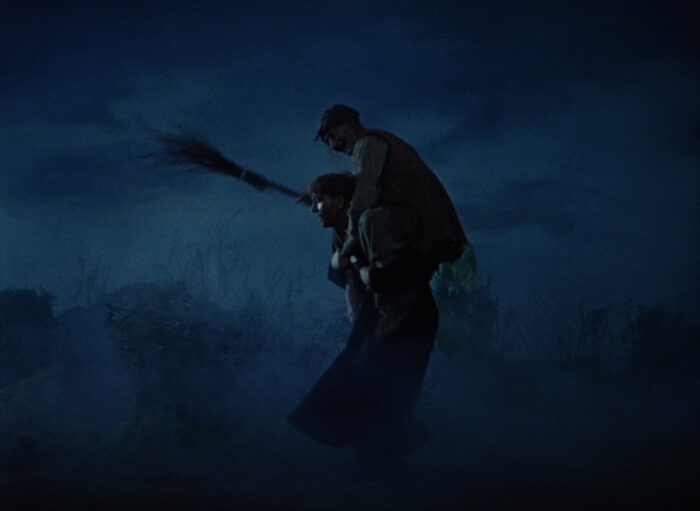 Should he have behaved in this way? It might be easy to suggest no, but she has just almost frightened the life out of him and for a young man steeped in religious learning at this time, a witch would be considered evil incarnate. About to flee, he looks once more at the crone. She has transformed into a startlingly beautiful young woman (Natalya Varley).

Equally confused and horrified, he runs away and returns to the seminary. There he is summoned by the Rector and ordered to visit the home of a rich and religious man whose daughter’s life hangs by a thread. She has requested Khoma, by name, to pray for her salvation for three nights in a row. He is escorted by some of the rich man’s guards through the countryside, stopping off at an inn for an alcohol fuelled break.

The girl dies just minutes before a drunken Khoma and the men arrive back.

She is the young version of the witch he beat up. 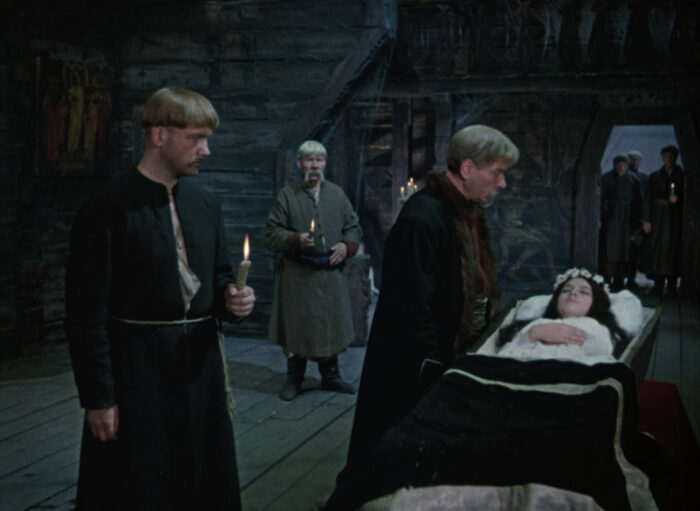 Khoma attempts to avoid his duties, but is intimidated by the girl’s father and told he cannot escape from the village. He goes to the chapel where her body lies in a coffin and is locked in for the night. He begins his vigil, reading aloud holy verses. He’s about to receive another shock.

The girl rises from the dead although he manages to chalk a scared circle around him for his protection. 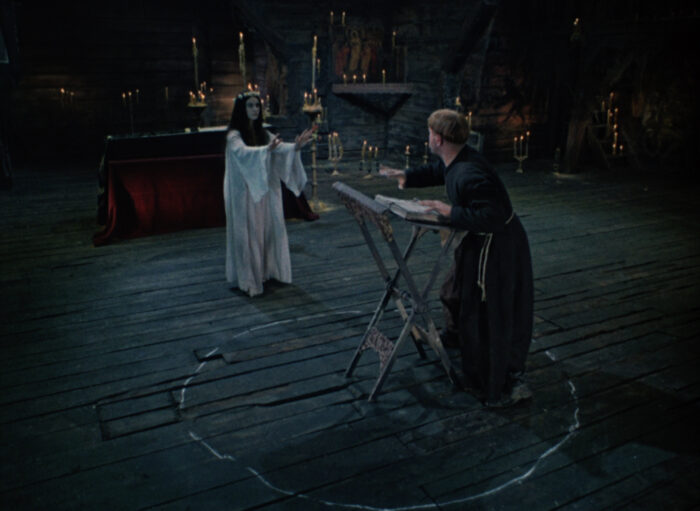 “A Cossack is afraid of nothing”, he repeatedly tells himself, not very convincingly, fortifying himself with vodka to face his second night alone with the witch.

This Cossack is very much afraid as he staggers towards his podium and is locked in once more for the duration of the night. “There is nothing that can do me any harm”, he tries to remind himself as he kisses his bible but when the witch levitates her coffin and employs it as a battering ram to break through the circle, he’s rightly terrified. This attempt might not succeed, but she does prove her powers in other ways by turning his hair grey.

He pleads again the next day that he be allowed to end his vigil prematurely. If he doesn’t finish what he started, he’s threatened with a thousand lashes. And if he does obey the rich man’s commands, he’ll be rewarded with a thousand pieces of gold.

On the third night, she will summon grotesque demons, goblins, walking skeletons, and finally the monstrous Viy to help her break the circle. 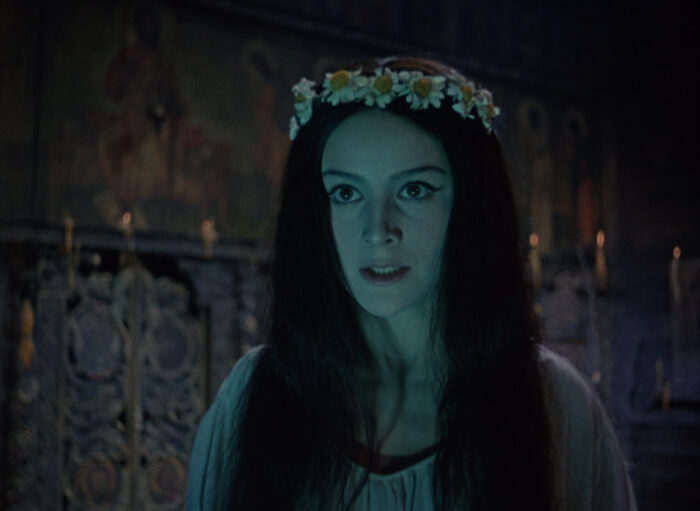 Many of Aleksandr Ptushko’s special effects might appear amateurish by the standards of today but over 55 years ago in the era of Leonid Brezhnev and the Cold War, they must have amazed audiences in cities like Moscow and Kiev. It has been reported that many screams were heard as the movie rolled, although this did nothing to help more similarly themed movies being produced in the USSR. VIY is generally considered to be first horror movie made in the Soviet Union and the last.

It looks fantastic, the performances are strong, and the story is economically told. Even today, it can make for a genuinely eerie watch at times.

The Masters of Cinema series is proud to present VIY in its UK debut on Blu-ray from a HD restoration of the original film elements.

This limited edition two-disc blu-ray edition (3000 copies only) will feature a bonus disc containing A Holy Place (1990), a Serbian version of Gogol’s same tale directed by Djordje Kadijevic). Other special features include commentaries, three Russian silent film fragments, and a booklet featuring a new essay on Aleksandr Ptushko by Tim Lucas, and a new essay by Serbian critic Dejan Ognjanovic.

This is truly a special release for fans of horror and the supernatural and should be featuring in many best blu-ray of the Year lists at the end of 2021.