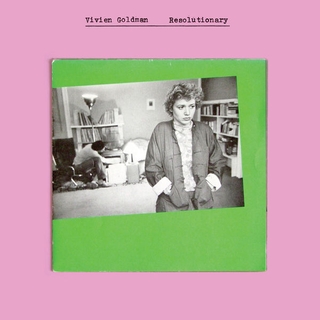 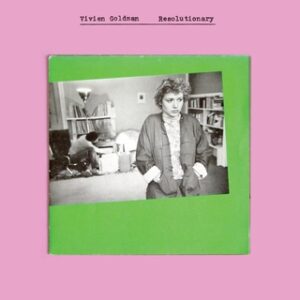 This compilation is a timely reminder of the intense creativity and genre hopping brilliance that was so much part of period when the energy of the idea of punk and the fluidity and space of dub reggae combined in the punky reggae party.

Vivienne Goldman was well placed for this. A music journalist on the genuinely cutting edge Sounds music paper she was their reggae correspondent as well as writing from the heart of punk with pieces on Patti Smith and the burgeoning punk scene that I can remember every word of decades later.

She Was hanging out in Ladbroke Grove with the Slits and the Raincoats and the punk rock inner circle of Rotten and the gang. It was in this bass heavy pot pourri of ideas, energy and action that was infecting the bands at the time that she stood her ground being one of the best documenters of the action.

She has gone on to become a punk professor in New York, written several pop culture books, sang with the Flying Lizards and written a musical on Kid Creole in a golden CV that is as colorful and thrilling as she is and her creative renegade life has been. And yet despite this impressive adventure it’s these songs that are the real high point – somehow they have been lost in the rush of the times but this rerelease will make sure they get the attention they deserve as they sound fantastically futuristic and further proof that one generation’s left field is another’s pop music – every song on here sounds like future pop and there are so many ideas on here that any young band is advised to get lost in these songs and use them as a template.

Not only documenting what was happening as one of the best music writers of the time she was also creating and in the down time from Public Image’s groundbreaking Metal Box album she was sneaking into the studio and recording some of these tracks including the the sprightly and timeless Launderette that sounds even more fast forward to the future than it did at the time.

The song is a sizzling document of inner city living, a vignette of the day to day and the weird claustrophobia and simmering violence of the mundane and personal politics made magical – she intones the emotional skree of going to the Launderette and beyond over an avante-dub backing that is hooked around a shuddering bass line and shattered glass guitars and it sounds magical. Private Armies continues this theme and it’s dub spine is a fantastic use of space and sound as it takes down the fragile male psyche. Same Thing Twice bounces in with those classic reggae horns before moving into a lovers rocks lilt with lyrics that drip an early morning sex and very human warmth.

The completion pulls together tracks from her adventures in France with Chantage – an Afro influenced pop experiment that saw a degree of success over the channel – It’s only Money sounds like an adventures into sound and one of those great songs that sounds like a summer’s day and all the windows are open and a whole world of music is mixing and matching in the sticky heat – Vivien holds it together with her distinctive vocal and a glorious choruses that could have been copped from a West End Musical.

There are so many musical surprises on this compilation that twists and turns everywhere that it’s not only a musical eduction but still a frontline in future pop.

The timely compilation is a place to get lost in, a postcard from a time of musical Adverture and reminder of just how much great creativity can be made with an open mind.