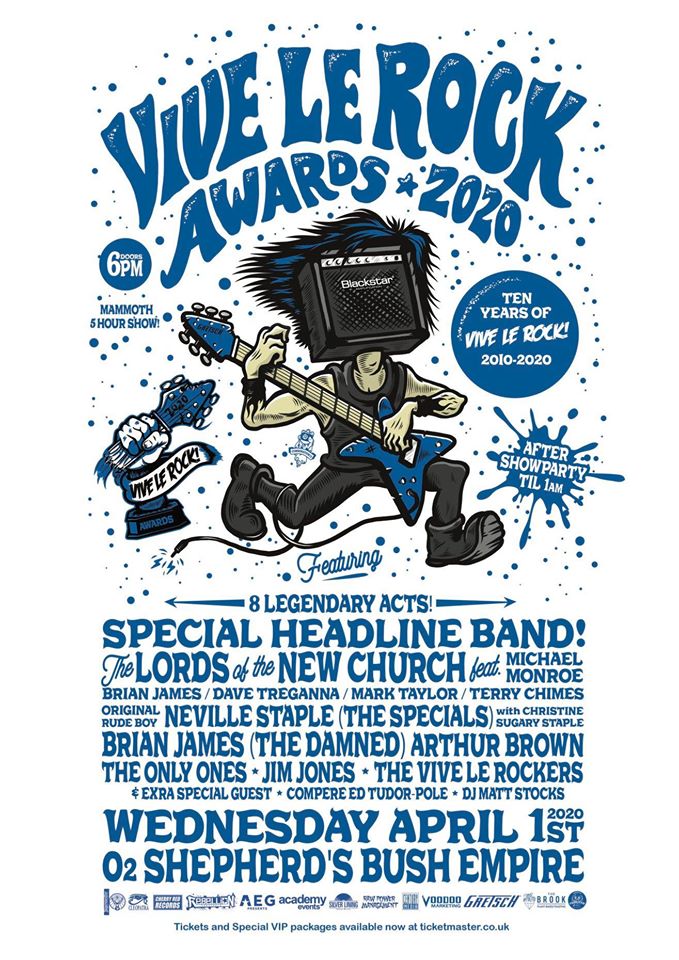 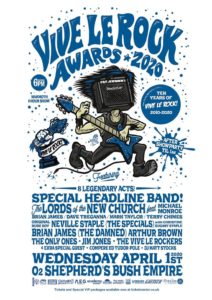 Vive Le Rock have announced more names for their 2020 awards show, which this year also celebrates their 10th anniversary.

The magazine is set to celebrate its tenth anniversary and 2020 awards show on the 1st of April at the O2 Shepherds Bush Empire with performances from some legendary names.

It has been confirmed that the surviving members of The Only Ones will unite to pick up the award for Classic Song for their hit Another Girl, Another Planet, which they will play at the ceremony. Commenting on Facebook, singer Peter Perrett stated that he would be joined by John Perry and Alan Mair, along with the show’s house drummer sitting in for the much-missed Mike Kellie who passed away in 2017, to run through their biggest hit on the night.

Also added to the bill are Jim Jones and Arthur Brown, who will be playing his 1968 hit Fire. They join the previously announced artists, Original Rudeboy – The Specials Neville Staple, along with a very special one-off reformation of 80’s goth rockers The Lords of The New Church, fronted by Finnish Hanoi Rocks legend Michael Monroe on vocals. The Vive Le Rockers all-star band will once again back with specially invited singers, which will see the return of Ed Tudor-Pole of Tenpole Tudor fame, who will also be comparing the night. Chrissie Hynde and the Pretenders are set to pick up an Icon Award and punk legend, The Damned’s Brian James will accept the Pioneer award.

Tickets for the night are currently available here.