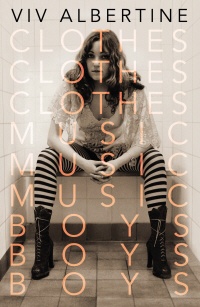 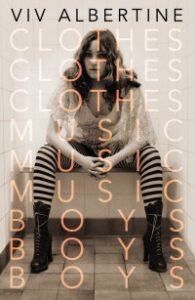 The best book on punk? we think so…
Songwriter and musician Viv Albertine was the guitarist in the hugely influential female punk band The Slits. A confidante of the Sex Pistols and the Clash, Viv was a key player in British punk culture. Alongside The Slits, she collaborated with numerous musicians, including Adrian Sherwood, before marking out a career in television and film production. After a hiatus of twenty-five years, Viv’s first solo album, The Vermillion Border, was released in 2012 to great critical acclaim. Her memoir ‘Clothes, Clothes, Clothes. Music, Music, Music. Boys, Boys, Boys’ was published to universal acclaim in 2014. – See more at: https://louderthanwordsfest.com/viv-albertine/#sthash.b5ZjhV42.dpuf