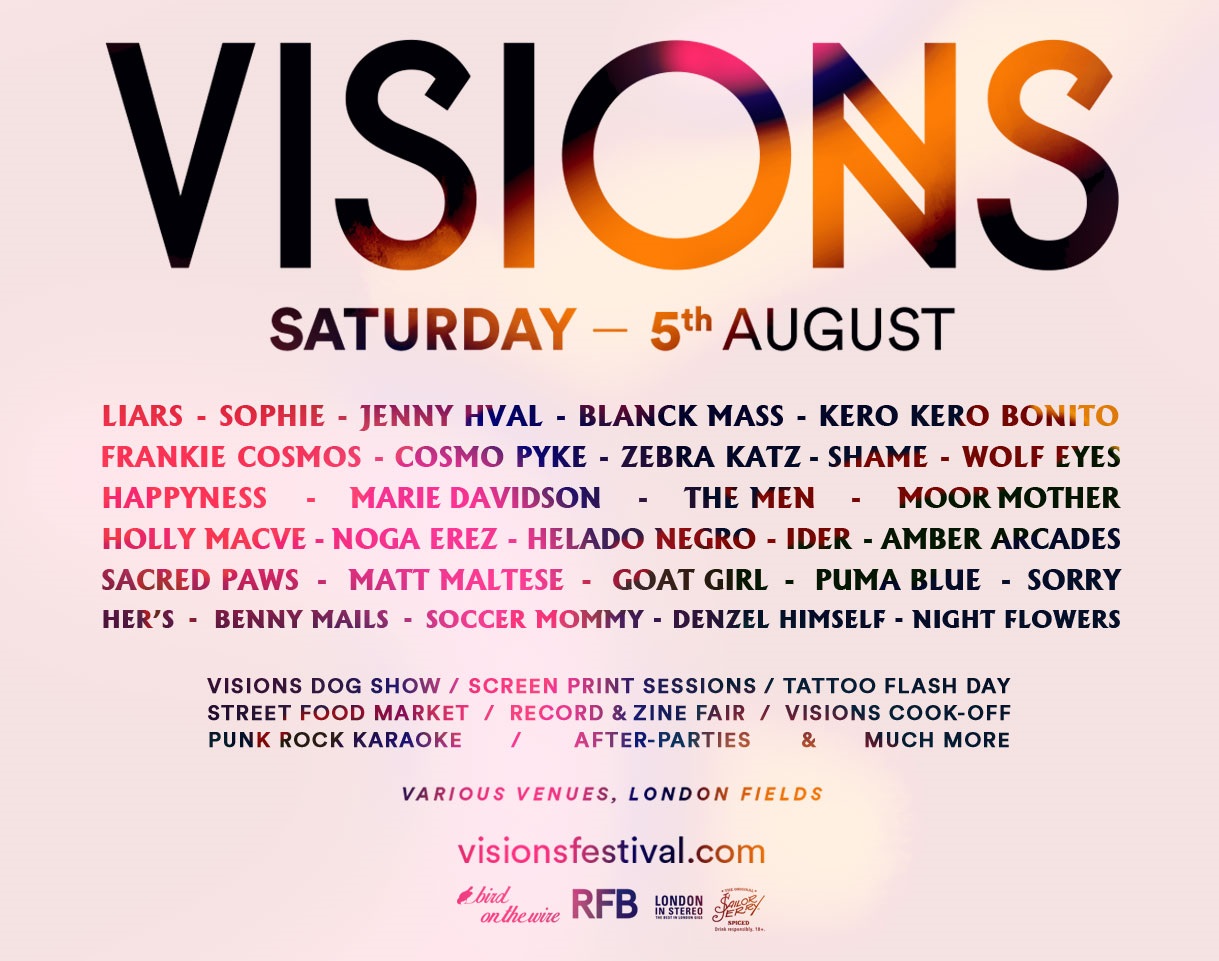 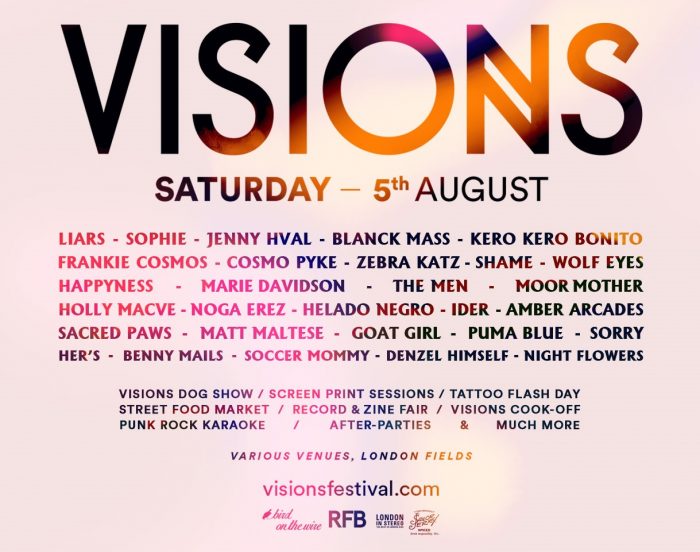 Visions Festival is a one day celebration of music, art, food and culture. Held around various venues across East London there seem to be many of our favourite bands appearing that we think we may need to catch up on as well as one or two that have just recently appeared in our lives. Keith Goldhanger takes a look at what’s good at Visions Festival 2017.

Another day of venue hopping around East London is once again upon us. Visions Festival, now in it’s fifth year comes highly recommended to anyone willing to trawl around on a Saturday afternoon/evening in an attempt to cram as much entertainment into ones life as possible.

One only has to look at past line-ups to gauge the kind of noisy electronic, subtle melodious or screaming chaotic mess that Visions will have on offer again this August. We’ve thrown together some of our favourites on this playlist and as we cross our fingers and hope some of the stage times don’t clash we say come and join us in East London on the 5 August.

Visions never disappoints even if some of the acts are unknown to the ear at the present time. Which is a good enough reason to come along and see what appears in the same room that you end up standing in.

If you can drag yourself away from the bands we’re getting excited about then there’s also a Screen Print Class, Tattoo Flash Day, Punk Rock Karaoke,Record & Zine Fair and the all-important Street Food & Craft Beer Market. The hugely successful VISIONS Dog Show also returns, as well as some new additions like  and a VISIONS Cook-Off!

It starts at noon with a dog show, the bands start at 1PM and tickets are available on their website.

Words by Keith Goldhanger. More writing by Keith on Louder Than War can be found at his author’s archive. You can also find Keith on Facebook and Twitter (@HIDEOUSWHEELINV).You may subscribe to the Goldhanger Shorts Facebook page too if you so wish.