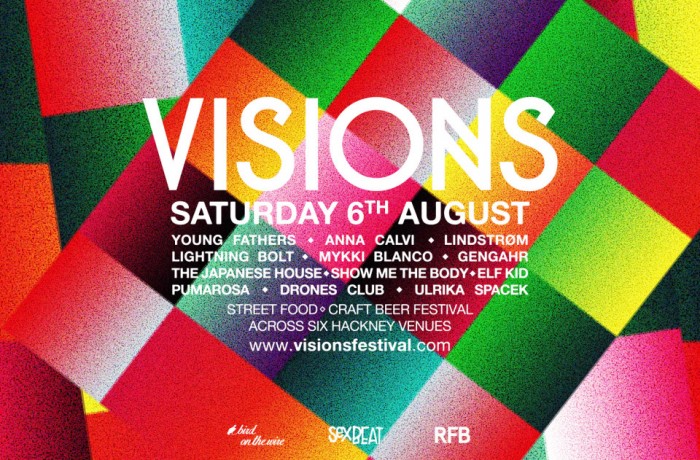 If last year’s Visions Festival got some of us all hot and bothered then 2016’s event looks as though it could be on par.

It’s already enough to make our mouths water with excitement at the prospect yet again to trawl the streets of East London on a hot summers day.

Music isn’t the only offering from Visions; the festival will also be host to exhibitions and installations from local artists, a special Street Food festival, other one-off market stalls and other extra attractions new to the festival to be revealed in the coming weeks.

Focusing on accessibility and highly alternative entertainment, the festival remains a fairly priced ticket (£30), with a wealth of different acts to see and things to do in some of city’s best new venues and spaces smack bang in the middle of a hazy London in the mid-summer.