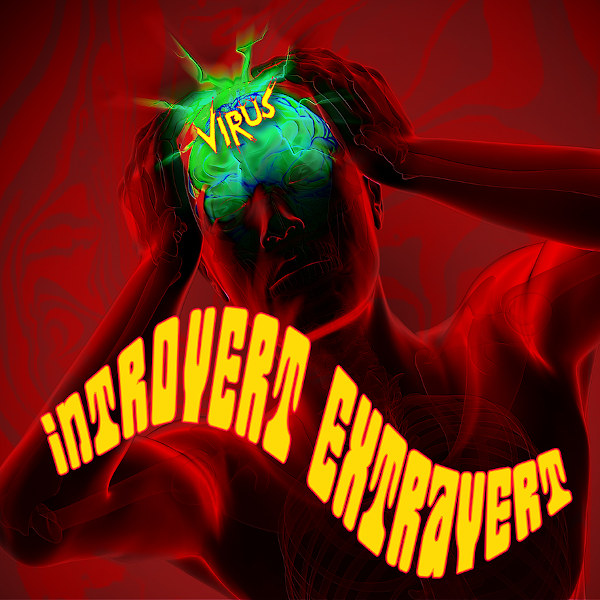 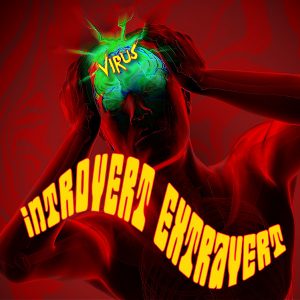 Virus – Introvert Extravert (Grow Your Own)

Playing the new Virus album is almost like listening to a different band. The current line up clearly have that golden triangle worked out that 3 pieces can draw on. Bass player Jaz stepping into the main vocal role has worked out well. If anything it has brought more melody to the Virus sound. This is not always easy when you’re also focused on playing an instrument.

There is an uplifting feel to the sound, a bit of crunch where it’s needed and the production just “pops”. Sam’s drums and Jaz’s bass provide plenty of drive and give guitarist Tom a stable platform from which to launch. The crisp guitar work has plenty of lead parts and arpeggios that suggest the influence of Captain Sensible and Paul Fox of The Ruts. The odd minor chord and a touch of chorus suggests the likes of Zygote, Cross Stitched Eyes and Killing Joke along with post-punk. Every now and then Virus chuck in a few tempo changes which give the songs a boost and add a bit of variety.

This collection of songs have moved away from Virus’s earlier more typical anarcho punk protest sound but still fall within the wider punk milieu. I previously wrote about the heavy Ruts influence on the digital single of Falling.

Dark Secrets has the lilting melodies of a Strawberries-era Damned song and there is a touch of that feel to Curfew Time. If anything Dark Secrets sounds a little too jolly for a song about internet grooming.

Meanwhile the rhythmic way the bass and drums work on Lied On (say it out loud) with some guitar scratching reminded me of Rage Against The Machine. The band clearly were having a little fun at the expense of Monsieur “Rotten” at the start of the track with their “Hello…Hello”. It certainly made me chuckle!

There’s cheeky word play at work in the song titles as well as the lyrics, which I’m always a fan of e.g. The Bling Leading The Blind, Lied On. This adds to the general intelligent feel of a record that covers issues as diverse as environmentalism, protests against the Colston statue, restrictions on our freedom, the class system and monarchy, animal slaughter, internet grooming, celebrity culture, American foreign policy and – of course – the state of the punk scene.

Virus are still anarcho punk in content, but their delivery style has taken them in a much more interesting direction. They are less formulaic and more experimental. And before some pedantic clown goes off about it, the title spelling of Extravert (rather than extrovert) is deliberate! OK?

This is a clutch of well written and well recorded, interesting songs. At the risk of sounding wanky, the band have matured and reached their full potential. You can tell hard work has gone into polishing each song rather than just churning out something “that will do”. This is without doubt the best record Virus have produced.

Available from Grow Your Own

Written by Nathan Brown. You can read more from Nathan on his Louder Than War archive over here.