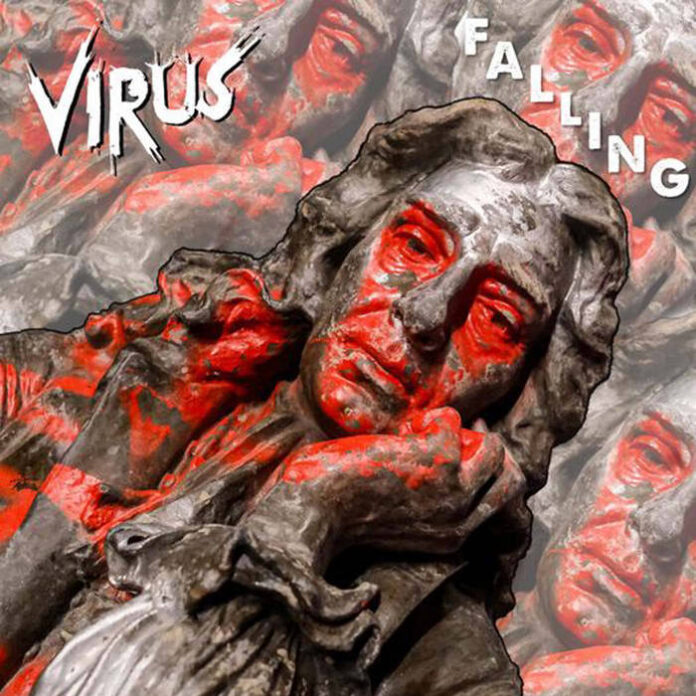 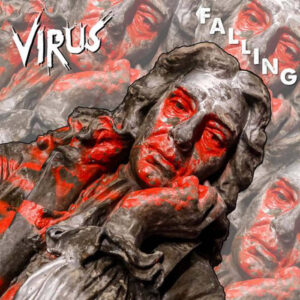 West country punks Virus have released a song from their upcoming album as a digital single in support of the Colston 4, who are currently on trial for involvement in the removal of the Edward Colston statue.  Nathan Brown reviews.

The song Falling is all about the action that took place in June 2020, with the Colston statue starring in the artwork. It was erected hundreds of years after he lived and is an imagination by a sculptor of what he may have looked like so we can’t even call it a likeness. However, the statue did celebrate one of the worst slave traders in Bristol’s history with no mention of how he accrued his riches.

After sampled chants of “pull it down, pull it down”, the vocal pattern and phraseology opening the song pays homage to Jah War by The Ruts: “The air was thick with anticipation, anger, hope and in trepidation.”

The verses are a take on punk-reggae. There is a loping bass line and drum pattern and the guitar uses a reggae upstroke but they haven’t borrowed The Ruts’ tune, and the sound is more punk than reggae. On each of the choruses the song becomes more upbeat with a solid sounding punch from the drums.

The first verse sets the scene on that sunny day and explores the motivation. The second verse is a vignette of the actions and life of this one slave trader. The third tells how the statue met it’s demise. The band have plenty of fun with word play and throughout the song it seems like their tongue is very much in their collective cheek: “Put him in ‘the dock’ to pay for his crime. A symbolic act for changing times”

The middle 8 is very post punk; one might almost say Banshees-esque, with the guitar sound and the way the drums and bass punctuate the tune. By the time the chorus comes round for the third time, the preceding verse has detailed the fall of the statue so it shifts from “Falling” to “Fallen”.  The bass dropping away as the song recedes even sounds like a tongue in cheek poke at things falling down.

On the basis of this song and their last release, Virus seem to have found a style that fuses old school punk, anarcho-punk, post-punk/goth, and are sticking with it.

In addition to the download, the band are producing a limited run of lathe-cut singles.

Available from the Virus bandcamp page.