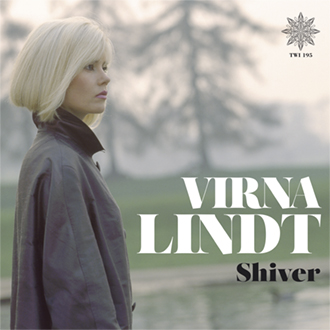 Virna Lindt was a translation student from Sweden working in the media when she fortuitously met Tot Taylor on a train and confided in the ex-member of New Wave band Advertising of her idea for a record mixing Rock & Roll and cinematic influences. Suitably impressed by this notion, Taylor was in the throes of planning his own record label and was very interested to further explore Lindt’s ideas. With not much prior singing experience, she made a big mark on the Independent charts with her very first single, Attention Stockholm, quickly set on tape during a three hour recording session back in Sweden.

Capturing the imagination with its potent mix of spy chic, pseudo-film soundtrack music plus added wild guitar break, this single conjured images of “numbers stations”, elegantly clad “agents in the field” with ingenious gadgets and flashy high speed car chases. Being in the first batch of records released through Tot Taylor’s soon to become hip Compact label, it was almost too cool, too knowing, but a hell of a debut broadside nonetheless. With it Lindt brought a little 60s glamour to the 80s hedonistic post-New Romatic Pop scene, which when coupled with a sharp and stylish sound, proved positively alluring.

Though the slightly corny Dusty Springfield-isms of label-mate Mari Wilson and her Wilsations eventually won out in the UK Pop charts (which was at the time casting a eye backwards as much as forwards), Lindt’s image I would venture to say carried a little more in the way of substance and subsequently proved more influential. Indeed perhaps you could trace the crate-dipping craze for 60s and 70s Secret Agent movie soundtracks back to this very disc and maybe she and the production team behind her pre-empted the sound and approach of St Etienne a little too. Though not having the strongest voice in the world, her slightly dazed singing/speaking style was an individualistic stamp that made her stand out from the crowd – a novelty that was successfully carried off on her first album Shiver.

What slowed Lindt’s progress a bit was the fact that record didn’t arrive until 1983, a couple of years after that initial breakthrough and the favourable publicity that surrounded it. Now this would mean next to nothing in the present day, but in the fast changing, four singles and an album a year 80s, it was a big problem and some crucial momentum was undoubtedly lost. Although there were Compact fanatics who still gleeful consumed all the high-concept works of what was one of the first “boutique” labels and would prize Virna’s debut, the chance to move from the indies to the national charts was pretty remote by the time of release.

Despite this, the album did prove there was more to Virna than cool, camp spy escapades, although it was a theme that did recur on Shiver. Edwin Astley’s introduction music for Danger Man, High Wire, is referenced on Attention Stockholm with The Dossier On Virna Lindt having her return to secret agent frolics, but this time bolting it onto a cool 60s Serge Gainsbourg influence. The Jazzy piano takes us away a little from the hints at Cold War aesthetics implicit in the title of A Letter To Sergei, but it’s not all spying escapades and the likes.

The title track Shiver opens with a nice harpsichord and bass combination before developing into a breezy piece of big-production 60s Pop. Underwater Boy has very pleasant, plaintive Jazz influence to it and the thud and shuffle of Pillow Talk possesses a good rhythmic dance-beat. Swedish Modern, with its wireless scan and sinister backwards noise, was the joker in the pack and if I Beat The System’s rolling piano made me think of Rise And Fall-era Madness for some reason, it’s very good even so.

Of the bonus tracks Young And Hip is a big, daft but loveable dance number – very St Etienne before the fact. The pacey and eccentrically dreamlike treatment of Windmills Of Your Minds also stands out. Man Talk is a rather jokey duet and Episode 1 successfully mines the theme music again, sounding midway between an ITC programme trail and the work of the BBC Radiophonic Workshop. The bonus instrumental versions are there mainly for the more avid fans, but they are interesting, revealing the painstaking work that Taylor had put in behind the scenes to match the novel vocal style and visual presentation. A lot of effort obviously went into getting these pieces just right.

In conclusion, Shiver is a classy Pop album with a hint of the mysterious that marked it out from the pack. Perhaps that didn’t work in its favour in the “heads down mindless boogie” 80s? Whatever, it showed up in the Indie charts and landed Lindt on “The Tube” with the music weeklies broadly approving. Despite this, the hit didn’t come and it would be another couple of years before Lindt recorded again, with Play/Record LP in 1985 taking a much different musical approach.

This new 2CD edition will be a must for fans of the Compact Organisation and sophisticated Pop, with the original album being a classic curveball of 60s style in the face of 80s gaudy excess. Put together with the usual thorough and stylish eye of the Les Disques du Crepescule team, it is a cool breeze indeed.