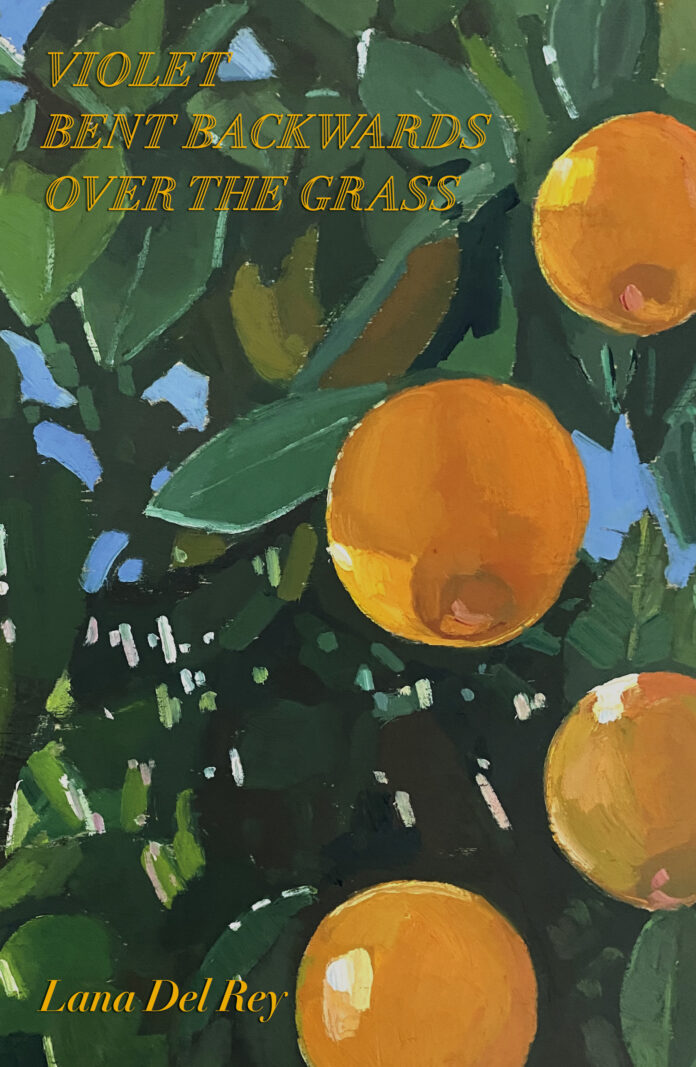 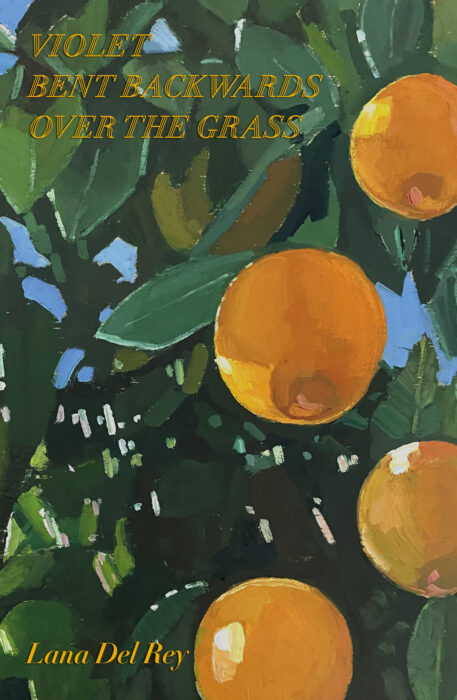 She “has an extraordinary huge explosion on the internet,” said Jools Holland rather clumsily as he introduced Del Rey’s debut TV appearance on his show. He was talking about her home-made music video for Video Games.

Of course, it was way back in 2011 and perhaps no one had explained to Jools the concept of ‘going viral’ on the Internet. Perhaps as he started his introduction “So now, our next artist…” he had no idea that he was about to run into an unfathomable mental roadblock: “If it’s on the internet and not in the charts, then it’s not a hit. If everyone is watching it on the Internet…what is it? Damn, what did that plugger call it?”

Poor Jools, it wasn’t that long ago that big artists could sell CDs or records by the million on the strength of TV and radio shows like his, and the Internet wasn’t even a thing. Elizabeth Grant was born into this era on the very cusp of the world wide web, and with both parents working at the Grey Group, a global advertising and marketing agency, it’s not hard to imagine branding and marketing conversations being the staple diet at the family dinner table. It’s easy to imagine that they were also early adopters of the Internet, especially since her father helped market her first album Lana Del Ray aka Lizzie Grant, which was only available for a short time on iTunes.

The rest is history, from the phenomenon of Video Games flowed a record contract and Del Rey’s reflective and melancholic pop music would achieve platinum sales, critical acclaim and awards with a string of hit singles and number one albums: Born to Die, Ultraviolence, Honeymoon, Lust for Life and Norman Fucking Rockwell.

And now comes Violet Bent Backwards Over the Grass, her debut audiobook released in advance of a hard copy of her poetry. It features accompaniment from her frequent collaborator, Grammy award-winning musician Jack Antoff. It’s unquestionably Del Rey, perhaps Del Rey unleashed. The spoken word genre gives her absolute and self indulgent freedom of thought and expression. Free of material needs, free of inhibition, free to be petulant, vacuous, spoiled, submissive, pathetic, demanding, sexual, neurotic, needy. The opening track LA Who Am I to Love You? is more of a rambling, internal narrative than poetry:

LA I’m upset, I have complaints, listen to me.
They say I came from money and I didn’t,
And I didn’t even have love and it’s unfair.

LA I sold my life rights for a big cheque and I’m upset,
Now I can’t sleep at night. And I don’t know why,
Plus I love sex, so why did I do that when I know it won’t last.

Set to Antoff’s delicate composition, Del Rey’s range of vocal expression creates the feel of a film soundtrack with The Land of 1,000 Fires shimmering with B-movie white noise. It’s not until the third and fourth tracks that the metre and pace of more conventional poetry might be recognised, but all the while with a meandering musical backdrop.

Since Del Rey first explosion onto the music scene, she has been at the centre of controversy and conversation with regards her relationship with feminism. Coming from a Catholic conservative background, she seems to have always nestled comfortably in the patriarchy, from the uncles who helped her with schooling and guitar lessons to the boyfriend manager who has guided her career. She answered critics with the Ultraviolence album track Fucked My Way Up to the Top singing “Life is awesome, I confess”.

And this new audiobook will continue to wave a red rag to some women; in Never to Heaven she prays “May my eyes always stay level to the horizon, may they never gaze high as heaven to ask why”, and while she’ll be up early to make her man a pot of coffee, she prays that she may always keep her eyes level with her man’s eyeline and never downcast at the tablecloth. 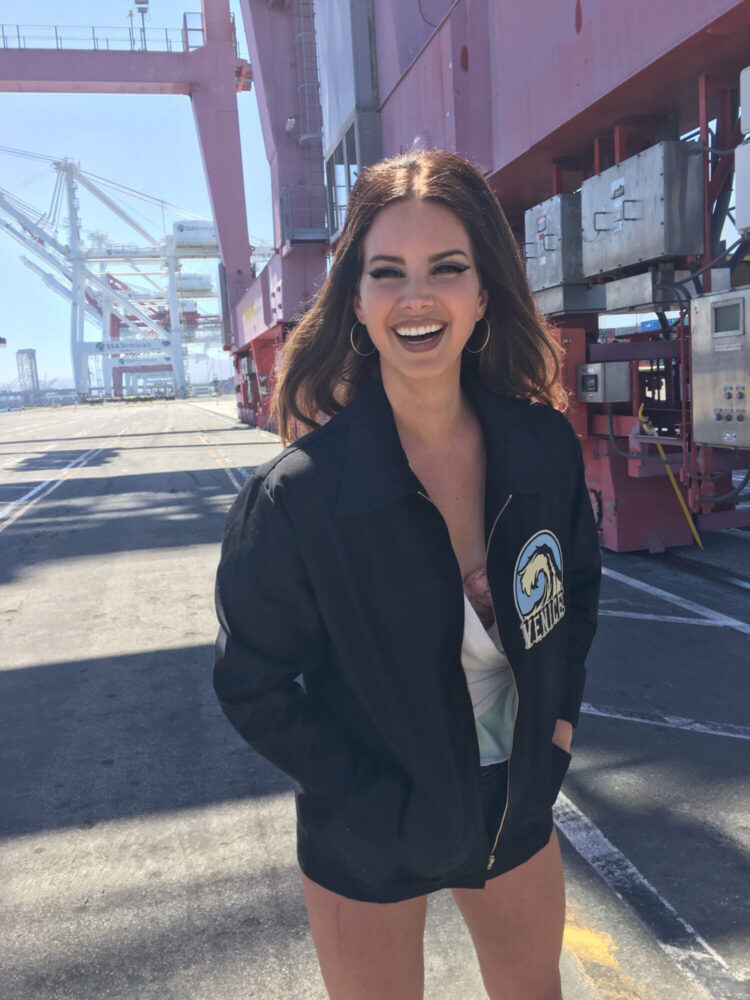 In Del Rey’s defence, the submission she advocates falls well short of Gilead. She famously suggested Kanye West needed “an intervention as much as he [Trump] does” for supporting the ‘pussy-grabbing’ Presidential candidate, and of course as she states in her current Internet spat, delicate women who say no “but men hear yes” have a right to have their voices heard. “I’ve been honest and optimistic about the challenging relationships I’ve had” she wrote on Instagram earlier this year.

This year, what a strange year it’s been. And how strange that there’s no mention of COVID 19 or Black Lives Matter in Del Rey’s current posts. No mention of federal troops without badges or identification dragging protestors away in unmarked cars in American cities, and scant mention of the climate change catastrophe. Perhaps lockdown for rich pop stars isn’t so different from normal life for rich pop stars, ‘Billionaire jets and tables for one’.

Violet Bent Backwards Over the Grass is a fine production, enjoyable and escapist. Ideal to put on shuffle as part of any lockdown playlist or cycle ride. Sportcruiser is a good piece of introspective storytelling set to a kundalini yoga soundscape. The collection might be perfect for a garden meditation, save that it’s written primarily in the first person and has a predominantly one dimensional subject matter. “You thought I was rich and I am,” she says in Happy. “I have a truck with a gold key chain in the ignition and on the back it says happy joyous and free”.

Violet Bent Backwards Over the Grass has the thinnest smearing of gravitas, My Bedroom Is a Sacred Place Now – There Are Children at the Foot of My Bed touches on a woman escaping a gaslighting man, and Paradise is Very Fragile does touch on the environment and [understatedly] calls Trump out as a megalomaniac but its all couched in confessional self indulgence.

Perhaps like Del Rey herself, there is enough depth on display for people to see the potential, and not to write her off. She is intelligent, talented and successful with a degree in philosophy. An authentic voice of privilege, perhaps troubled, but a privilege nonetheless. The Lana Del Rey brand has been carefully crafted, always served with plenty of sizzle, but it’s the steak we want. The excellent Norman Fucking Rockwell album strengthened and secured her nostalgic base aligned with all things sweet, safe and American. But The Problem We All Live With hasn’t gone away and a person of power and influence like Elizabeth Grant, unless she jumps the shark (of submissiveness) and gets cancelled, could really step up to the plate and challenge people to think differently.

Violet Bent Backwards Over the Grass is released as an Audiobook today 28th July 2020 from all major audiobook retailers.

“Violet bent backwards over the grass is the title poem of the book and the first poem I wrote of many. Some of which came to me in their entirety, which I dictated and then typed out, and some that I worked laboriously picking apart each word to make the perfect poem. They are eclectic and honest and not trying to be anything other than what they are and for that reason I’m proud of them, especially because the spirit in which they were written was very authentic. I’m happy to donate a substantial portion of the proceeds to go to some Native American organisations I have always wanted to donate to, because of the experiences that I’ve had which have greatly shaped my own life course.” Lana Del Rey.

Get more news about Lana Del Rey at her website here: