Home Music Reviews Album Reviews Violent Femmes: We Can Do Anything – album review 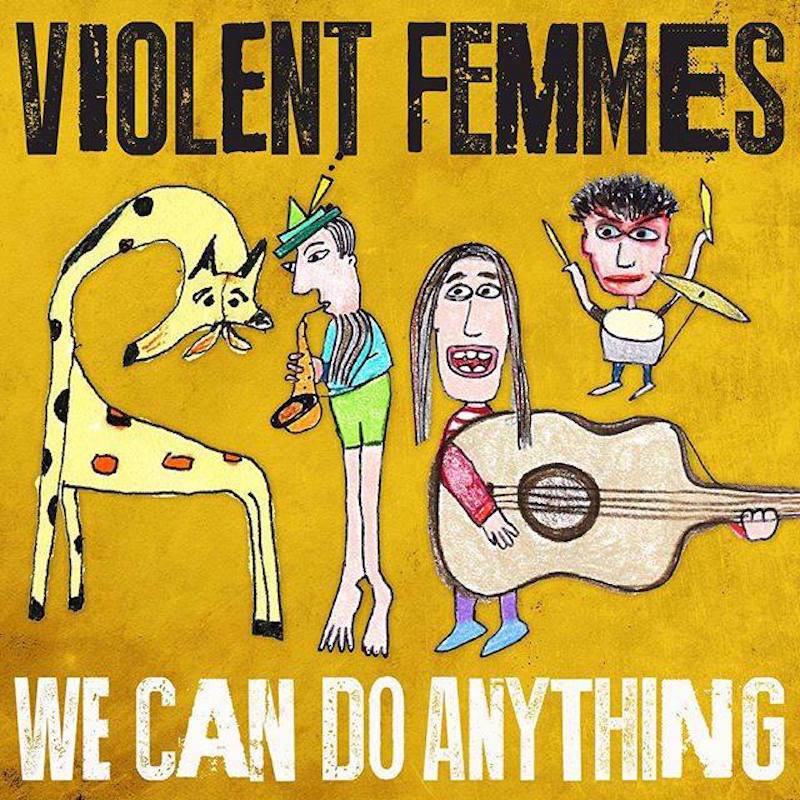 Violent Femmes: We Can Do Anything ([PIAS]) 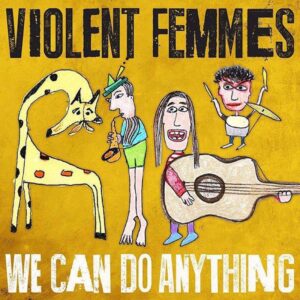 The Violent Femmes release their first full length album in fifteen years. Louder Than War’s Mark Ray decides if it was worth the wait.

‘We’ve always done what we wanted and how we wanted,’ says Violent Femmes’ Gordon Gano. ‘Fundamentally there’s no difference from then until now. It’s a natural continuation.’

This is the Violent Femmes ninth studio album, their first in fifteen years, and was recorded whilst on tour in 2015. Considering how long it’s been since the last album it is appropriate that the first song on the album is called Memory. Many people will remember the Violent Femmes’ eponymous first album with fond memories. It’s a stone cold classic. And, barely ten seconds into Memory (the first track on the album), it feels like welcoming an old friend home. Gano’s voice sounds just the same as it did over 30 years ago and the music is unmistakable. The song itself is deceptively simple; a lament for the loss of memory, but a great opener.

The Femmes have always mixed up Americana, folk, punk, gospel, blues, jazz and acoustic to create their own unique sound and it is all in evidence here. They have also been blessed with one of the greatest bass players of all time in Brian Ritchie; he may sound a little more subdued on this album but he nails those rhythms perfectly. It is no surprise to learn that the songs were mostly sourced from Gano’s own archive, bits of tape recordings here and jotted lyrics there. This is perhaps why the album fits so neatly into the canon.

Gano himself has always been a great lyricist enjoying verbal word play. He may have started out as a Lou Reed copyist but he soon found his own voice. He has always been good on relationships and this is covered in songs like Issues and Foothills. Clearly talent runs in the family because Gano’s sister, Cynthia Gayneau, has written a song for the album, What You Really Mean. It’s a beautiful 50s style rock ‘n’ roll song that could easily have been written by Bruce Springsteen, and there isn’t much higher praise than that.

Religion and the dark side of life have always played a part in the Femmes songs. American rock always had nervy relationship with Christianity, being born out of the hallelujah swamps of the Southern delta. See Johnny Cash and Jerry Lee. The dichotomy to drive out the demons and hold onto the angels with a bottle of rye whisky in one hand and a .45 in the other. The Femmes are part of this tradition. It’s the sound of America trying to be true before God but ending up killing the children and the partners and the lovers. And knowing there never is redemption a coming down the line.

Big Car is classic Violent Femmes. What starts off as a normal American song about picking up a girl in your big car ends with a kick to the stomach. Sure, the guy take the girl out for a drive in a big car and the road stretches ahead like the American dream but before they get to the next hick town the girl is dead and he’s buried her in the desert. And it wasn’t his fault, as God is his witness, he was driven to it by Satan!

They have always made beautiful songs with hearts of darkness. The subversion is done with glee and a gleam in the eye. As in the song Untrue Love where they twist the traditional love song into something bitter and harsh. The medium is subverted.

We Can Do Anything sounds as though it could have been released during any period of the Violent Femmes career. It is unmistakably the Violent Femmes. I’ve missed them. Long may they exist in the dark underground of American music.