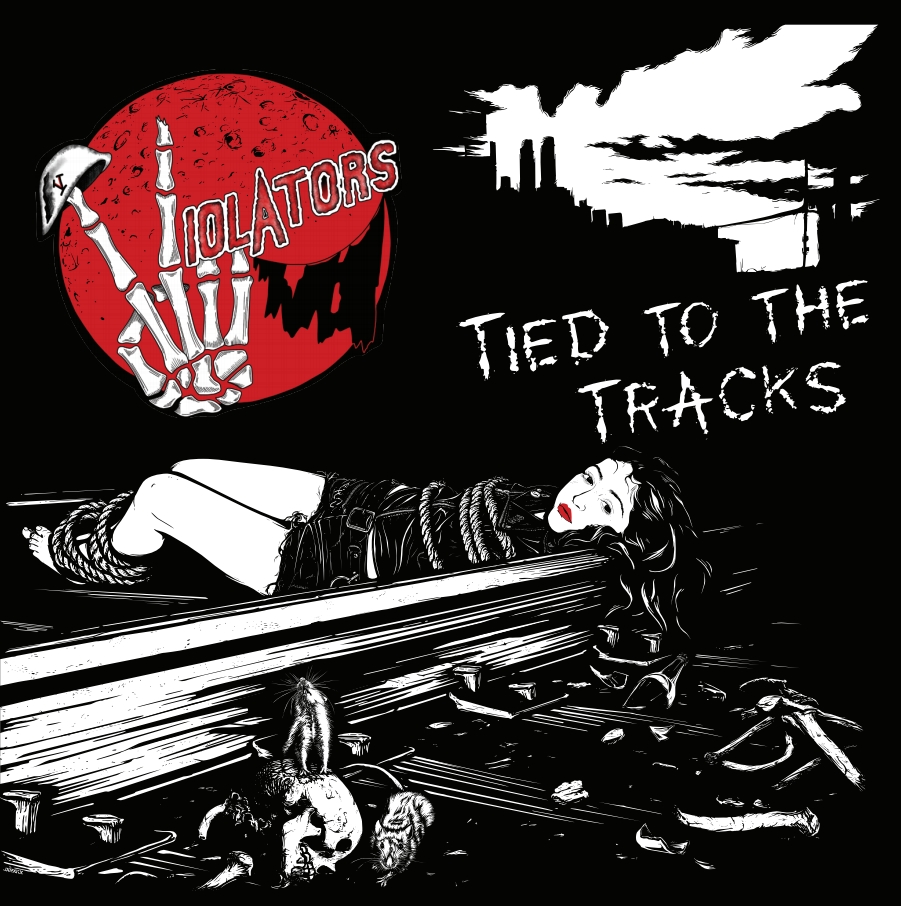 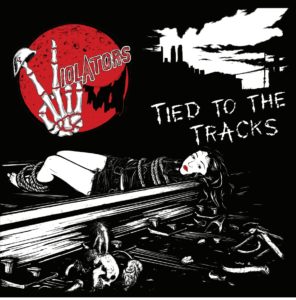 Violators: Tied To The tracks EP

A new 4 track EP sees the return of the Violators, who were originally brought to us by No Future records back in the early 80s.  Nathan Brown picked up a copy and gives his view.

Reformed bands are stuck between the proverbial rock and hard place.  People will bitch about how many of the “original” members of the band are still playing.  Others will decry them as irrelevant and simple nostalgia compared to the crop of new bands.  If they sound like they did on the early records they may be dismissed as their own tribute band.  But if they stray too much from the original formula they will get complaints from people who were looking to fill a hole as they never got to see them before they split.  If they play at Rebellion they’re “only in it for the money”.  And so on and so on.  The Violators reformed, playing Rebellion last year (and presumably this year) and followed that up with an appearance at the 100 Club in London.  I would have made the trip up for the latter had I not been out of the country.  So, when I saw that a new release had come out on a Philadelphia based label I was on it straight away.  Their singles on No Future are probably among my most played records.  The drummer, Greg, had some copies for sale and I was lucky enough to get in there early and buy one.

The A side definitely has it for me.  After a bible bashing sample, a chuggy guitar starts off on All Too Human.  Very Violators.  Then a louder guitar follows (too loud?) and the snare heavy drums. The bass and recognisable throaty, shouty vocals follow – as if delivered through a train tannoy.  The chorus has backing female vocals and the occasional crew woah-oah backing towards the close of the song. Delivered at a similar pace to their 80s songs, this chunky tune has a hint of menace about it – something that always endeared me to this band’s old releases.  Lyrically it’s a bit of a rabble rousing kids on the street rioting affair.

Drag Hag is a more upbeat number.  Shaun’s vocals are recognisable again and better deployment of Jori’s vocals, which at times on this one sound very similar to original 80s singer Helen, really do shine through.  The chorus is proper catchy – “psycho psycho energy” – and consequently this is the stand out track of the record for me.  And it feels like a nod to the past when she laughs as the track fades out.

On the B side, Toxic Graffiti is quite rocky, much like latter UK Subs output.  Jori gets the lead vocals on this song about the Christian Right trying to control women’s bodies.  The chorus “You’ve gotta fight for what’s right” serves a double purpose, providing a bit of menace.

The final song Corpus Christi could be about the body of Christ, the Texan City or the 80s Crass/Southern offshoot label but who knows?  No lyric sheet to give me clue, but I think it’s about joy riders?  It’s a speedier standard punk rock bounce-about tune featuring some punky crooning.

Disappointingly the bass isn’t as loud as I’d like, almost drowned by the guitar. I wonder if this is a mastering issue and less prevalent on the CD version? There is a lack of the floor tom in the drums which seemed to me to be a crucial part of the Violators sound.  I miss both of them on this record, but it doesn’t stop these being good songs, and if they had put out songs that were a facsimile of their 80s stuff it could have risked being boring.

I’m not entirely sure what the cover art is trying to convey, with 2 images of women in subservient roles – given the lyrcial content of Toxic Graffiti I’m guessing it’s a comment on how women are treated in society.

Since I picked up my vinyl copy, which sold out very quickly, it has come out on CD as well, and like the vinyl, these have sold out in the UK so you’ll have to contact the label in Philly.  The run out on the record reads “Only record nerds read this shit!”.  I only saw it cos I was trying to work out which was side A and which was side B and the labelling didn’t give me a clue but it took me right back to when punk records nearly always had these little messages – often cryptic, often political, often funny – smuggled to an often unsuspecting public.  Yeah, I guess that I am a record nerd.

So, does it stand up to the Violators early singles?  Probably not quite, but then they set that bar very high.  Does it stand on its own 2 feet?  Yes, it does.  Would I have bought it without the Violators name?  Probably not.  And therein lies the problem.  It is so difficut for new bands to get noticed these days that you can’t blame reformed bands using their original name. That debate will never end.

Get the record from Violated Records who are also on Facebook