Vinyl Revival celebrated 20 years of trading in 2017 with a celebratory gig held at Manchester’s Ruby Lounge with the legendary One Summer headlining, playing a special one-off gig. Matt Mead was there to witness the special night and witnessed the last waltz by one of Manchester’s great underrated bands. 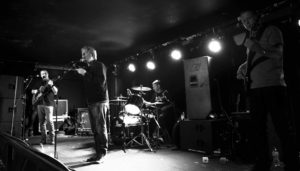 On a wet and windy night in Manchester The Ruby Lounge was the perfect dry retreat away from the crazy October weather in Manchester.

Tonight promised to be a special night,  celebrating the 20 years service to the Manchester music scene of Colin White but to also see a wealth of Manchester’s homegrown talent.

Kicking off proceedings were the raw young punk of Dirty Laces. With the drummer shirtless, aka Topper Headen Style, and the lead singer having a young Liam Gallagher swagger, this started the night’s proceedings off to a 1,000mph level.

The Brains behind Vinyl Revival and tonight’s festivities Colin White was up next with his band High Society. Playing their first gig in over 20 years and their 5th gig in total, their melodic, mellow, subtle tones sounded great and were a perfect touch to the evening, sounding a mix of Buffalo Springfield, The Stone Roses and Nick Drake, they beautifully lit up the venue for the headliners One Summer.

With the venue now packed to the rafters to see the long-awaited return of One Summer their opening siren belted out across the airwaves. TIME FOR ACTION! 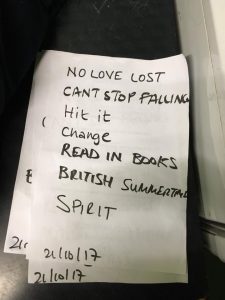 Their set started off in superb fashion covering Warsaw/Joy Division No Love Lost. This showcased just how brilliant One Summer are and just how the lottery of success passed them by tragically. Manchester has produced many great drummers. Stephen Morris, Reni and Mike Joyce. Add to that list Chris Goodwin. Watching Chris in action for the first time in 20 years was like putting all the best bits of the aforementioned into one superhuman drumming beast. Add to Chris the John Entwistle style bass of Carl Wolstenholme, the stylish, precise guitars of Stephen Fitzpatrick and the angelic schoolboy vocals of John Matthews you have the perfect concoction of musicians on top form.

Their set followed on with some of their own compositions including all 3 tracks released on their recent Record Store Day release, The Spirit E.P and another cover, this time Liverpool’s finest Echo And The Bunneymen’s Read In Books.

At the close of their short set there were cries for more but alas One Summer has set again. This time not to return again.

At the close of the event, there are rumours of the event becoming a yearly event, to find out if this is the case keep tabs on Vinyl Revivals sites. 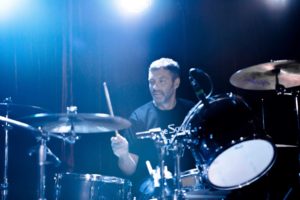 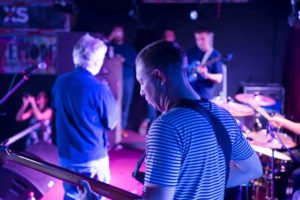 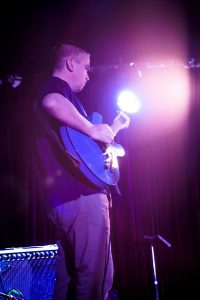 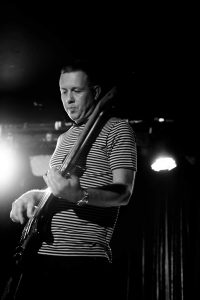 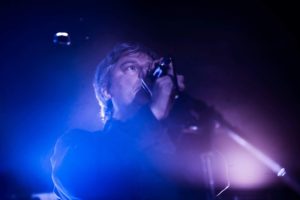