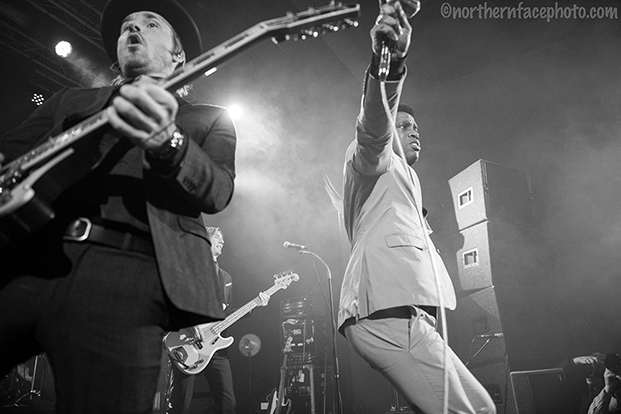 Photo of Vintage Trouble above and all others on this page © David Gleave.

Vintage Trouble’s UK tour is coming to an end, closing Glasgow on the 3rd of April. Louder Than War’s Nigel Carr (words) and Dave Gleave (photos) in Manchester last night and they report back below.

Vintage Trouble made a triumphant return to Manchester last night with the remarkable Ty Taylor, leading the band through a string of original Rock/Blues classics that you’d have sworn you’d heard before. Like the bastard offspring of James Brown, Wilson Picket and Otis Redding, Taylor spent as much time jumping around in the middle of this ecstatic crowd as he did on the stage. 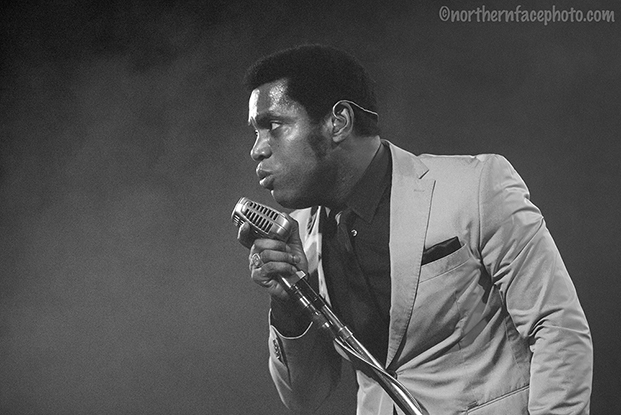 Hailing from Hollywood California, the band formed in 2010 with Nalle Colt on lead guitar, Rick Bario Dill on bass and Richardson Danielson on drums. Since making their high energy UK début appearance on Jools Holland in 2011 they have gone on to support huge headline acts like The Who and Rolling Stones. More recently, (and rather unlikely), they have been opening for Paloma Faith. It’s her round of Arena shows that the band have just finished to perform a small string of dates in more modest venues around the UK. 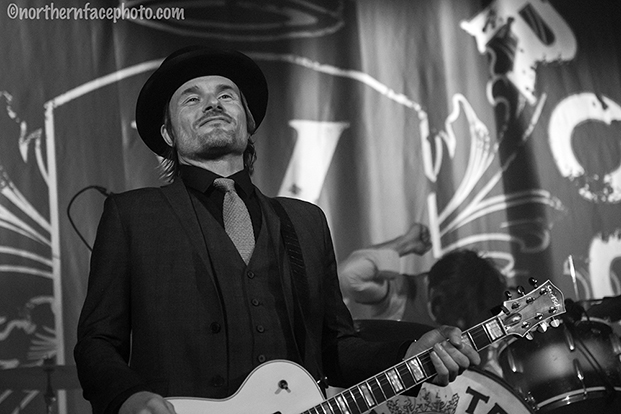 They ambled on to the stage to Hound Dog by Big Mama Thornton which kind of set the scene before launching in to Heavy Days. This was a full on gospel opener which flew in to a Blues Brothers style sing-along, with a mega riff courtesy of Colt’s incredible guitar playing. He plays like Jimmy Page and looks like a gun slinger! The band on stage is like no other; pure energy, vibrancy and class. They don’t put a foot wrong and the audience, mostly forty plus just love it.

Vintage Trouble ripped through a full set with Pelvis Pusher, a stand out track. Sounding like Bony Maronie, Tyler danced like Elvis chanting “One two three, push your pelvis in me……….” Just brilliant! Strike a Light sees him dancing in the middle of the audience in a La Bamba style chant and by the end of the set his beige suit is soaked through.

They closed with Run like The River which had the band lined up at the front of the stage leading the crowd through a call and response chorus. This band are amazing live so if you get the chance go and see them, you won’t be disappointed!