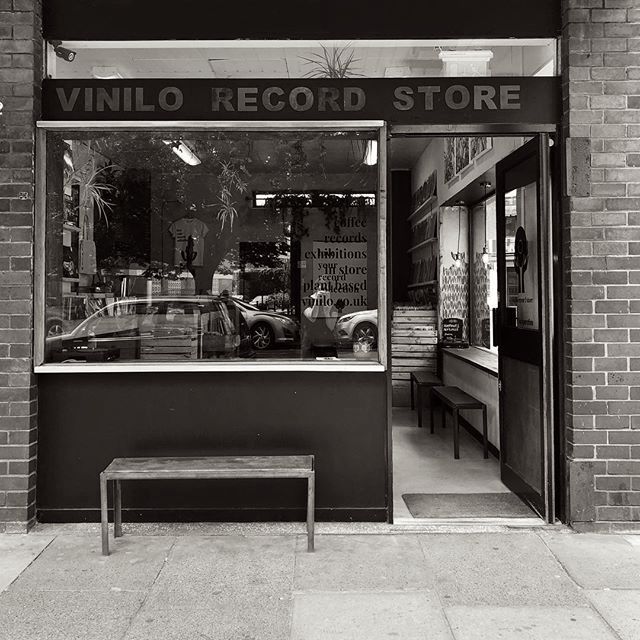 it was a whole year and a day ago that Louder Than War spoke to Ken and Virginia about Vinilo Record Store – the indie vinyl shop they were opening in Southampton 19 August 2017…. and here we are a year on and the shop is doing great business and has become a focal point for the young music scene in the city.  There is nothing but positive feedback from customers on the shops social media accounts and they have close ties with various venues, promoters and bands.  Over to Ken and Ginny:

It has been a great year, and to celebrate and say Thank you to all our loyal customers, we are putting on a free event at Heartbreakers with live music from 4pm on Sunday 19th August 2018, Artists playing are: The Rhythm Method,  Superdrone ,Defcon Lawless , Mystic Peach, The Dead Freights, H.O.T.M.W,  PippinAtmark ,   Pegasuses and  Djuno.

Our plans for the future?  The plan for year one was to become established as Southampton’s Independent record store!  Year two will see more events, exhibitions, in stores, collaborating with promoters for live shows.. more stock & staff!

RSD 2019 is something for everyone to look forward to after the huge success of RSD 2018.

We feel that in the past year we have really connected with Southampton and its music scene & made lots of new friends.  There is nothing like working in an environment that you love and are passionate about, the year has flown past and we are still as excited about this as we were on day one!

Here is the top ten best sellers so far!… In no particular order:

The Strokes / Is this it