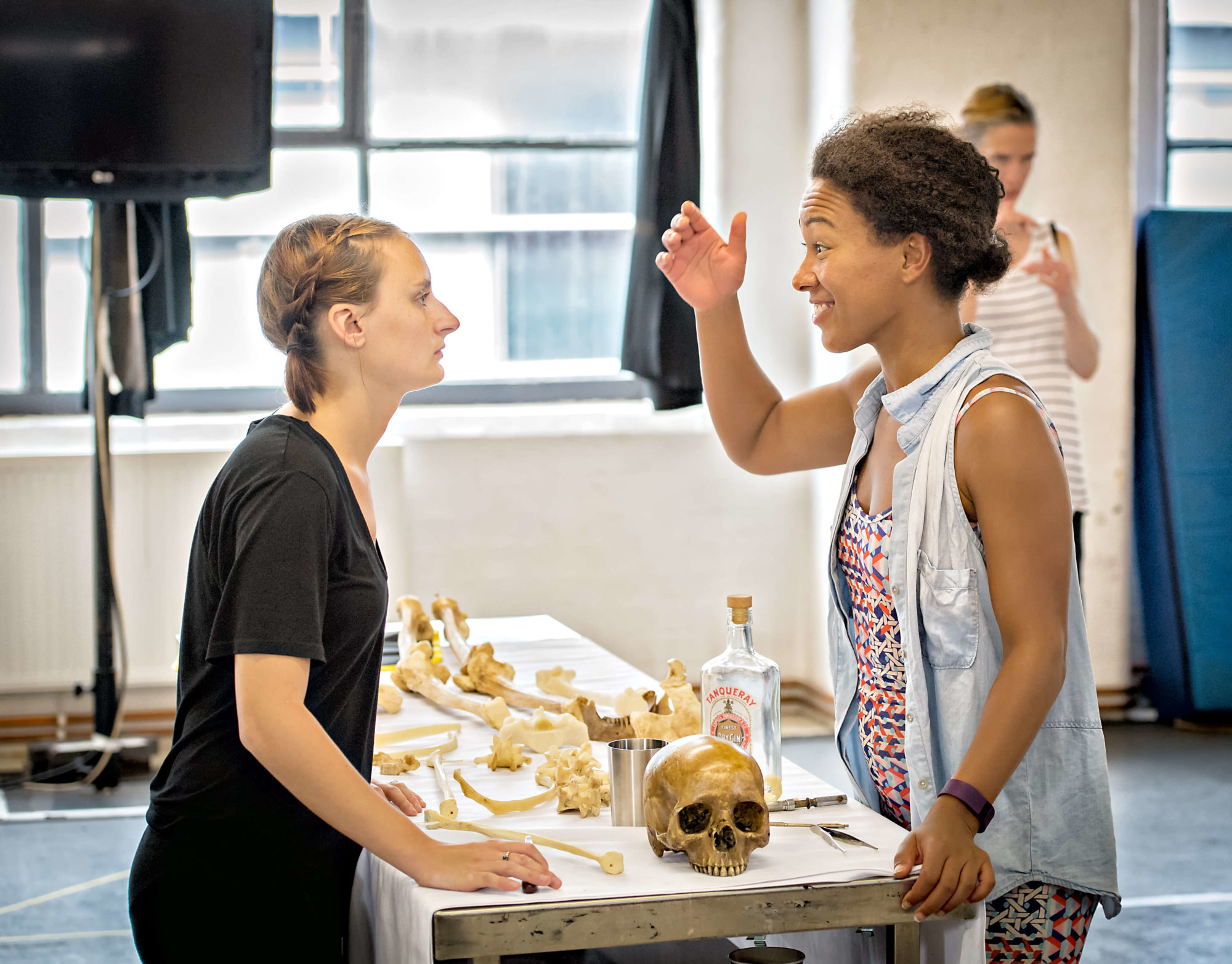 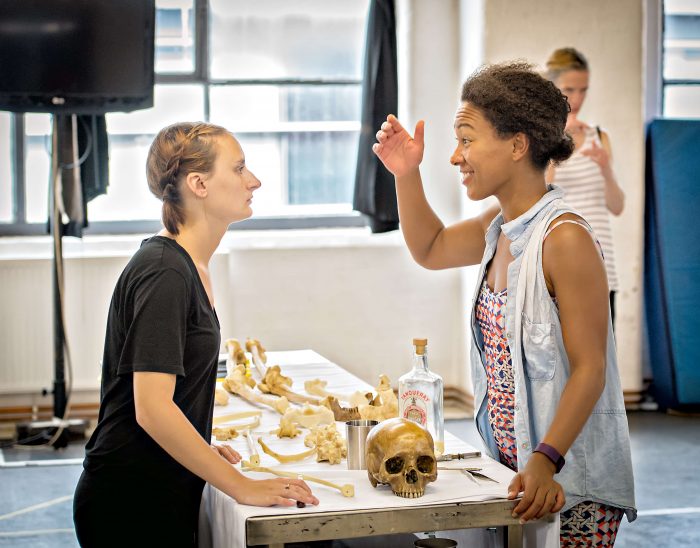 West Yorkshire Playhouse seem to be on a roll reinventing classic works and the latest to get the treatment is Charlotte Bronte’s brutally honest fourth novel Villette.

In a move that might horrify Bronte traditionalists writer Linda Marshall Griffiths has taken the troubled heroine of Villette and transported her into a futuristic world light years away from the Parsonage in Haworth.

Laura Elsworthy has the tricky balancing act of finding the heart of the new Lucy Snowe and the one Charlotte used to exercise her own ghosts.

“Villette is about Lucy, who in the novel goes to a place in Belgium to be a teacher, which is based on what Charlotte Bronte did herself when she went to Brussels,” say Laura. “It was after Charlotte lost both her sisters and her brother Branwell so Villette is filled with angst, and loneliness.

“There are a few love stories in here and it is about her finding herself as a woman finding out who she really is and how she reacts to other people.”

Marshall Griffiths’ revision of the novel has not only plonked Lucy into a dystopian world but has taken an even bolder step of reinventing her very being.

“In our version Lucy Snowe is a descendant, which we would also call a clone, and she is a friend of a professor who is a virologist, and this version is set about 100 years into the future.

“So she travels to France after losing both of her sisters – which I say in quotation marks – but were just her clones to a site of archaeological importance. They are trying to find the Lady of Villette who may have had a virus called the red strain – which is like Ebola – and has really devastated society. Lucy has the ability to find the antibodies of that virus within bodies.” 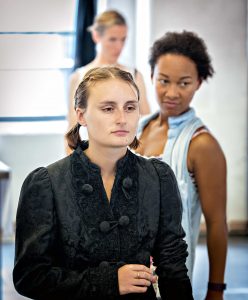 Parodies of the absurdly talented Bronte sisters often focus on the bonnets and frock coats as the characters sit in drawing rooms musing over their place in society at some length, but they are absent in this version.

“There are literally no bonnets, no petticoats and no posh accents,” laughs Elsworthy. “When I was reading Villette I was like what is it really about and it is really posh, and then I read it with the view of playing Lucy and I was thinking ‘oh my god, it is really dark and heart-breaking’. You can feel Charlotte wrote this after all this stuff that happened to her and she has no one left.

“It stays true to the heart of the book as the way Linda has written it there is so much that pops up that is from the book, but it’s always exciting to do new writing, and she comes in to rehearsals to help us with things. Linda is really flexible with the way our characters are changing.”

As well as taking on a text that is not as familiar to literature fans as Charlotte’s masterpiece Jane Eyre the personable Elsworthy has to find out what makes a clone tick.

“But with this I don’t know anyone who is a clone, so it is starting from the beginning as you unusually go in with some idea of the character, but I have no idea how she will end up as she changes every day.”

The Haworth sisters are West Yorkshire literary royalty to such an extent the Bronte Society recently has a bitter spat over their legacy so is Elsworthy worried that bonneted Bronte militants might mount a genteel protest outside the theatre?

“The most important thing is to Bronte fans I would imagine is her work is continually loved through the ages, and for hundreds of years to come, so this is a brilliant way of doing that,” notes Elsworthy. “There is more stuff on at the Playhouse that is more classical Bronte, but we have to bring this work like Shakespeare, and any of the greats, up to date introducing new people to it and celebrate the bits that make it relevant today.

Villette is in West Yorkshire Playhouse’s Courtyard Theatre from Saturday 24 September to Saturday 15 October. To bok go to www.wyp.org.uk or box ofcie on 0113 213 7700. Follow them @wyplayhouse.