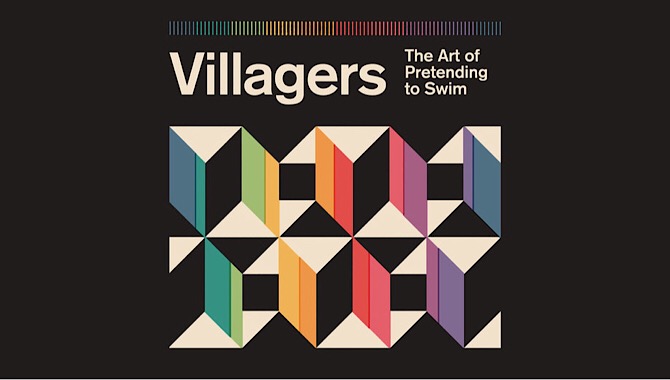 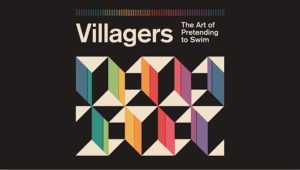 Villagers occupied the intimate, warmly lit stage of The Wardrobe on Sunday night.  The Irish five piece fronted by Conor O’Brien played their new album, The Art of Pretending to Swim, in full, interspersed with highlights from their back catalog including classics such as Becoming A Jackal, Courage and the closing Nothing Arrived.  Lee Ashworth caught the set amidst a rapt audience in Leeds.

Despite their landlocked name, there is something seafaring and oceanic about Villagers in both their sound and the sense of journey in the salty spray of O’Brien’s fast picked notes.  Songs bear titles that tell of lighthouses, waves and new found lands but despite the absence of such tracks from Awayland, the rhythms, the rolls and something in the mythical yarn-telling timbre of O’Brien’s voice transports us, packed and buoyant in this low-slung room, stuffed into the hull of the Villagers’ ship.

The Wardrobe is an interior of raw materials, exposed brick, beams, basement girders and Conor O’Brien’s soul.  Throughout the night he is lashed to his diminutive acoustic guitar as though to a figurehead teetering over the edge of the prow as the storm gathers and the sonic waves swell.  The band craft the rhythms and swirling melodies in the galley behind him, operating in unspoken, spellbound tandem, driving us on.  But these Villagers upon the stage are only the visible manifestation of something much deeper, something immeasurable by fathoms or leagues.  It’s the unquantifiable matrix that this music has woven between us all – we all are caught within the net: from the bar, to the sound desk, to the dancefloor, up over the lip of the stage.  We flinch, we twitch and reel and our tremulous nerves criss-cross, entwine with six strings, bass and brass, keys, sticks and skins.  The vibrations through the channels, send us messages through the dark.  Messages we implicitly understand.  Messages that start slow then switch to triple time.  All the while, as we ride another wave, the figurehead swings above the squall and we swoon beneath the lunar mirror ball sparkling overhead and starry LEDs strung high to light the way.

Rocking, rolling, wherever we are going now and wherever we are, Villagers are far from home but borne for calmer shores.  Becoming A Jackal and Courage are familiar landmarks in an as yet unfamiliar voyage, but this new route holds our attention and we stay the course, transfixed, open mouthed.

Conor O’Brien’s words shrink our isolated worlds of experience to Villagers’ scale, through a soft whispered intimacy by which our closest human interiors are charted until he gains a perspective from “the most insular part of your brain”, as he declares tonight introducing a track near the end of the set.  That tension is writ large across everything here tonight: the tension between the personal and the shared, the local and the global, the private and the communal.  You can feel it in the tautness of the ropes, the pull of that matrix, the tuning of the strings.  Most of all you can feel it in every syllable he sings, eyes closed, swaying back and forth, falling forward, reeling back, exploding… with the lid on, tightening his lips before bursting again.

By the end of Nothing Arrived we are all strung out, legs weakened, hearts trembling because Conor knows and we know that coast to coast, day to night we are all flailing around wildly, all of us pretending to swim.

Watch the official video for  A Trick of the Light here: