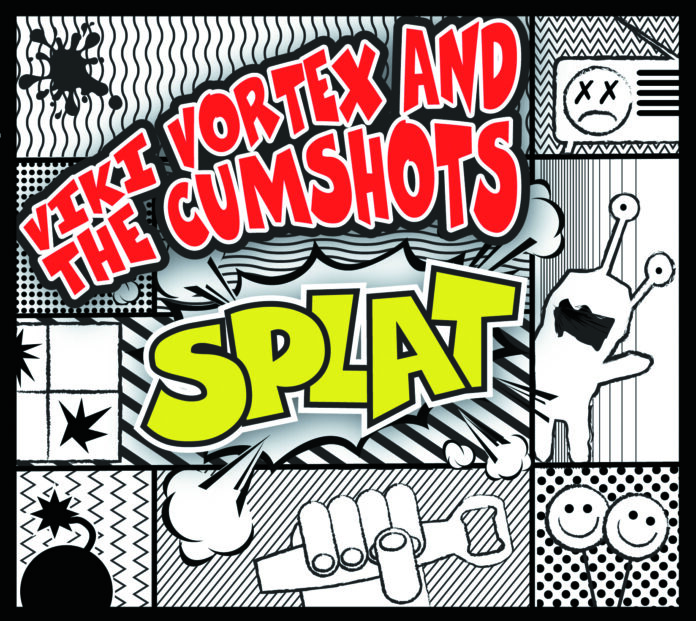 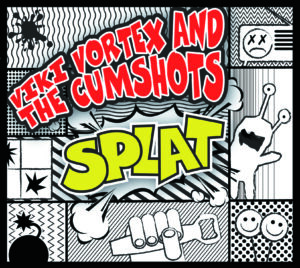 Second album from Spanish (via Brighton) punky three-piece is another diamond in the morass of boring punk bands.

When I reviewed the earlier VV&TCS album I made a point of commenting how refreshing it was to hear a band from the contemporary punk genre that wasn’t a sub-metal, Marshall-amped riff machine. That album took much of it’s hugely likeable influences from The Velvets, Subway Sect and Buzzcocks and despite its brevity, was a shot in the arm amongst the other muscular, macho posturing of many punk groups. It was also, mercifully, hugely avoidant of “destroy the system” -style lyrics which I frankly think are downright lazy and just pointless.

So to “Splat”. Featuring Viki on bass and vocals with trusty cohorts Steve on guitar and Theo on drums, it’s very much another sparkling set of songs. Viki doesn’t take herself too seriously and the songs are often paeans to friends, enemies and characters she’s met along the way. Lollipop People is typical; swerving pop-punk smarts and Viki’s excoriating lyric about celebrity skinny folk. When Friday Comes is a charging celebration of the weekend-impending and sets the tone for the albums’ joyful, grin-inducing fun.

Window Shopping continues the trip with a chorus that extols the pleasures of both window browsing and window smashing; it’s kinda like a riot of it’s own, but with added shoplifting…

Waste Of Time and Radio’s Dead are a pair of gleeful attacks on several of Viki’s shit-list targets. The band keep things deceptively simple but to the point and solos are very much at a minimum although  Steve’s clanging guitar and Theo’s clipped drumming are stylish and restrained. It suits the music and helps them stand out.

Grab Your Life is a statement of intent and closes the album in some style with its spiralling chords and bittersweet lyrics.