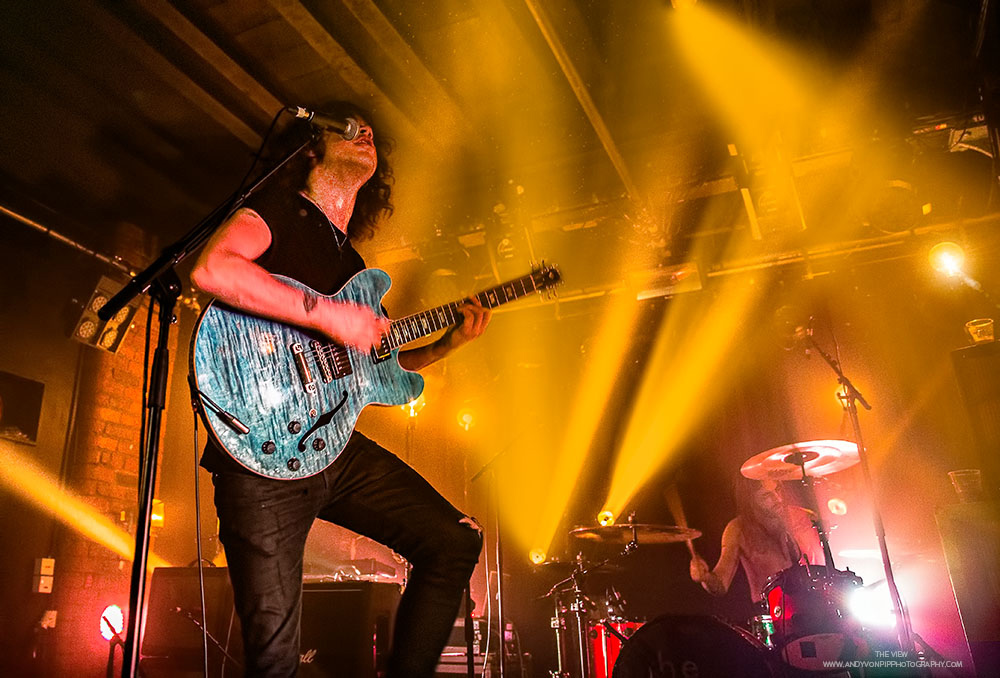 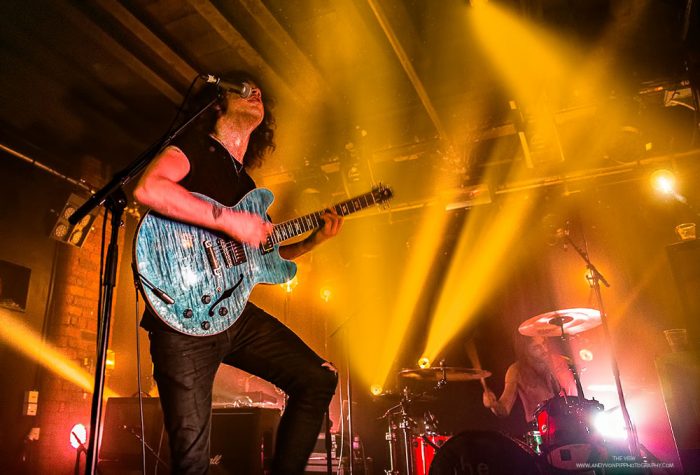 Scottish indie stalwarts The View return to their home away from home for a rousing set of sing-along classics leaving a passionate crowd baying for more.

It’s 10pm on a warm Thursday night in Liverpool and you might be forgiven for thinking The View aren’t going to turn up. Official sources said they were due on half an hour ago and if their past antics are anything to go by, tonight wouldn’t be the first time they were a no show. Even the sound techs at the console look slightly concerned. All doubt is quashed however, as Link Wray’s ‘Rumble’ (a song arguably impossible not to walk out to) plays over the PA and the band appear, inciting the crowd, pints aloft, to a communal chant of “The View, The View, The View are on fire.”

‘Glass Smash’ kicks off proceedings with its stripped back intro before piling into the first verse. From this moment onwards, the bloke stood next to me will not lower his arms once during the entire set, as if doing so would be rude or question his loyalty to the band. This loyalty and appreciation of the band is visibly rife throughout tonight’s set.

A few songs in, ‘Wasted Little DJ’s’ warrants one of the biggest responses of the night, turning into a huge sing-along, football chant stuff, almost emotional, leaving nobody standing still. ‘Grace’ and ‘Face For The Radio’ receive similar welcomes from the crowd, turning into folk-like sing-alongs that are enough to induce goose bumps.

Although older tunes undoubtedly get the biggest responses, other tracks still sound great. The hook on ‘Under The Rug’ is infectious and ‘Living’ – a recent album track that I have personally warmed to – is tight, despite not necessarily being able to muster up the crowd to ‘Hats Off’ levels of front of stage beer-throwing excitement. Yet despite them ebbing, the crowd greets every song with an excitable clap and more chants, always baying for more.

Everything after ‘The Don’ is back to full power. Falconer’s voice, although often completely indecipherable, is unique and edges the verses of the ‘The Don’ along beautifully before rasping into the song’s finale. By the time ‘Shock Horror’ is midway through, the crowd is on each other’s shoulders, with half-finished pint projectiles flying all over the room, with the united chants of “I feel sorry for you man” ringing out. Smash hit and meal ticket ‘Same Jeans’ (surprisingly) garners a slightly tamer response than other parts of the set, proving that the band are much more than a one-hit wonder to their fans. ‘Superstar Tradesmen’ sees the band finish officially, before Kyle returns for an impromptu piano rendition of ‘Don’t Look Back In Anger’ that’s difficult to not sing along to.

You can say what you want about The View and other bands of their ilk, but it’s tough to dispute them in the live setting. When those crowds meet that music, it’s a spectacle worth buying a ticket for.

Use of these images in any form without permission is illegal. If you wish to use /purchase or license any images please contact vonpip@yahoo.co.uk

All words by Davey Brett and photos by Andy Von Pip. More writing by Davey on Louder Than War can found at his author’s archive and more of Andy’s photography can be found here.