Home Books UK Book Reviews View From A Hill by Mark Burgess – news related to the... 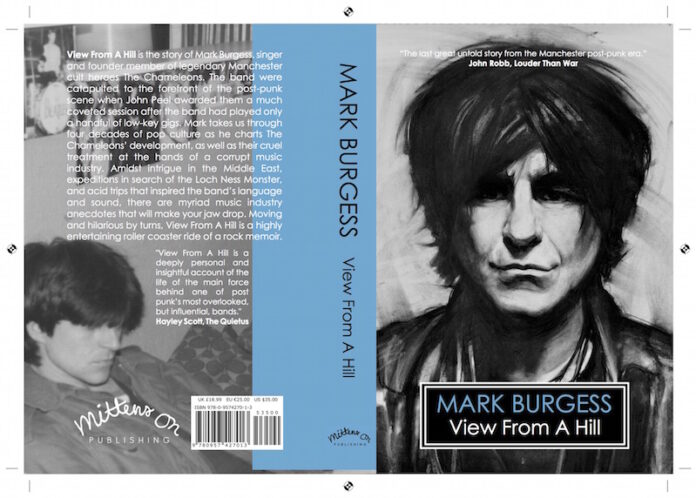 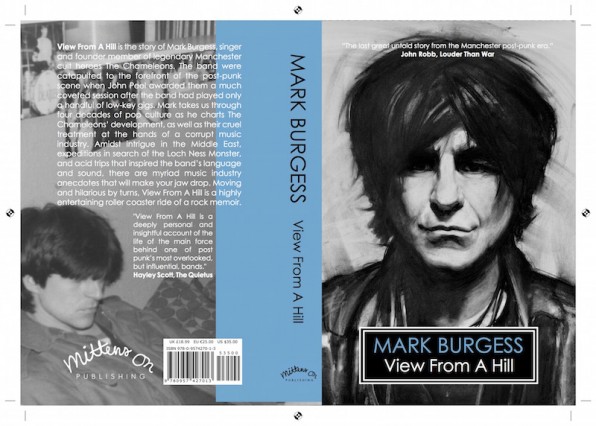 View From A Hill is the book about and written by Mark Burgess. It also tells the story of the band he was singer and founder member of, legendary Manchester cult heroes The Chameleons. The band were catapulted to the forefront of the post-punk scene when John Peel awarded them a much-coveted session after the band had played only a handful of low-key gigs. This publication will be the definitive version of the book.

View From A Hill tells the story of Mark Burgess, a child of 1970s Manchester whose life was changed forever following an encounter with The Sex Pistols on Christmas Day 1977. Buying a £20 bass guitar and founding a punk band of his own, he soon found himself in The Chameleons

In the book Mark takes us through four decades of pop culture as he charts The Chameleons’ development – as well as their cruel treatment at the hands of a corrupt music industry. Amidst intrigue in the Middle East and adventures with drugs, spirituality and unexplained phenomena there are myriad music industry anecdotes that will make your jaw drop. Moving and hilarious by turns, View From A Hill is a highly entertaining rollercoaster ride of a rock memoir.

The book was previously only published in very limited print runs and this third edition of Mark’s autobiography represents the definitive version of this work. Newly-edited, and augmented by a complete Chameleons discography, band family tree, and an introduction by music writer Karren Ablaze!, this book is a must for Chameleons fans everywhere.

About the band and this book our own John Robb has said:

“The Chameleons’ dark, thrilling music is treated like a religion in their hometown, where they command the same devotion as their fellow travellers Joy Division. They were on the verge of breaking internationally when it all unravelled, and at last the whole story is told, with a compelling writing style and unique pop culture perspective that reveals who, how, and why they are such a key band. The last great untold story from the Manchester post-punk era.”

And Record Collector called the book:

Mark is currently writing and recording a new album with Chameleons Vox, and will be embarking on a full UK and US tour with the band next year.