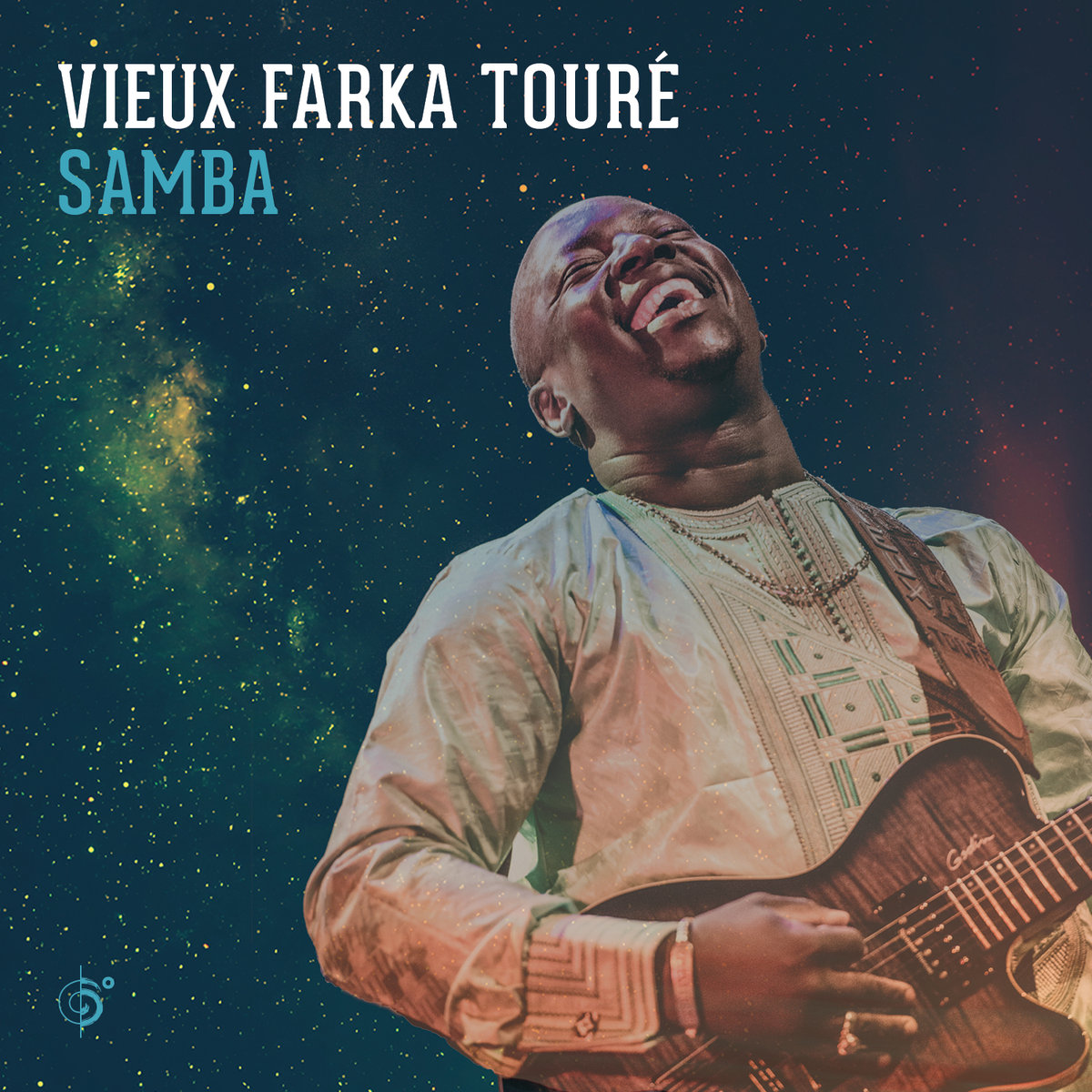 Beginning an album with a near six minute instrumental is adventurous by anyone’s standards, even more impressive is to carry it off successfully, and Vieux Farka Toure does just that as Bonheur grips the listener from the opening bars. Often referred to as the ‘Hendrix of the Sahara’ Vieux returns with is first album since his collaboration with Julia Easterlin on 2015s Touristes and is in blinding form.

Recorded as part of the Woodstock Sessions, the unique opportunity for fans to be seated in front of the artist as they both play live and studio record, Samba is a refreshing mix of blues, funk, reggae and rock as Toure knows only too well. An audience of around fifty people are briefed that they are to witness the recording of a studio album with a truly live feel. It’s an interesting concept and one that, on the evidence of this album alone, works incredibly well.

The son of legendary Malian artist Ali Farka Toure, Vieux was the second born to his parents which in the Songhai language is called the ‘Samba’. It represents the head position in the family and bestows great honour and power. Ironically, his guitar playing does very much the same. Often exceptional and hypnotic the solos alone are something to behold.

Highlighted track, Homafau Wawa is nothing short of brilliant as Toure’s voice glides over incredible guitars and a backing vocals provided by the audience in a track that has been described as almost Church like. Maya features friend and regular collaborator Idan Raichel who plays some wondrous keyboards on a track that sees a Muslim and a Jew working together and endorsing tolerance and understanding.

A more indigenous feel can be heard on Nature, the shortest track on the album at little under four minutes, it conveys a feel of the griot tradition and expresses concern over conservation and the abuse of wild animals.
Samba is an album of immense feeling, of power and of commitment with an unrivaled live feel.

Ten new tracks from a man in his ascendancy and an album well worth taking the trouble to listen to.