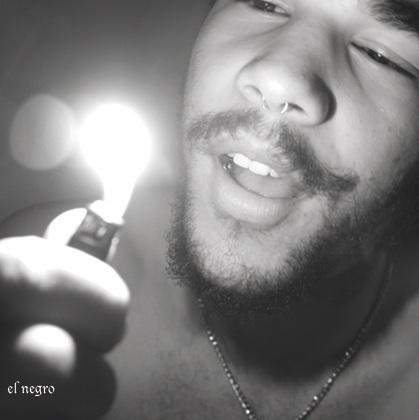 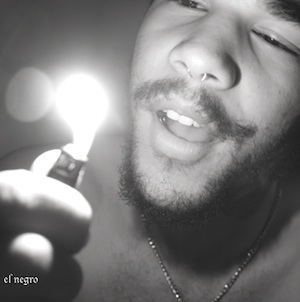 When the man who introduced you to the genius that is clipping. (now Sub Pop recording stars, of course) tells you he’s got another hip hop discovery to share with you, you gotta take notice right? And when the same person then offers you a premiere of the new video by the guy in question, you bite his hand off right? Which is just what we’ve done. So, ladies and gentlemen, by way of a stream of his latest video (which explores a love of The Cure would you believe) we present for your delectation the rap artist known as “Signor Benedick The Moor”.

OK, confession time – we’ve been sleeping on this guy’s music for far too long. The above-mentioned introduction happened an awful long time ago now, back in 2013 in fact, and we really should have bought Signor Benedick the Moor to your attention sooner. Our bad – and although it’s no excuse, it’s a reflection of the sheer amount of “other stuff” we have to keep us busy at Louder Than War towers. Hec, if we could turn off our emails you wouldn’t believe how much content we could throw up for you here – and how many great new artists we could introduce you to!

But enough about us – back to Signor Benedick the Moor! First, check out the video. You’ll find more info about the guy below it if you get your scroll on…

That is indeed a Shakespearean reference you spot there in Signor Benedick The Moor’s name, something that should immediately mark the guy out to you as someone a bit unique, not only in the world of rap, but in music in general. His music hops quite impressively around many genres, all centred around a base foundation of rap, and although some people may tell you he doesn’t do it 100% successfully we’re minded to disagree – and also to ask the naysayers what they’d rather, that he keeps on pushing his music into uncharted territory, or that he sloughs off into being “just another hip hop artists”?

For proof  of his versatility you should explore some of his previously released work, such as the album about to come out as a physical release for the first time, El Negro, or his mixtape “sbthemoor“, which came out at the start of this year. Both these releases showcase the regular tools of your average rapper, but they also include impressive guitar playing, drumming and all manner of other live instrumentation which, to quote the notes on the Bandcamp page “pushes the work into prog territory”. Plus there’s the guy’s impressive vocal dexterity which ovelays the whole.

This is rap alive and brim full with ideas and experimentation. It’s music which demands to be heard from the off and which inevitably reels you in to its slightly bonkers world. There’s an intelligence at work here, and to find him rubbing shoulders with all the other artists on Deathbomb Arc, who share many of his attributes, is no surprise. Danny Brown’s name is oft-quoted when people are talking about Signor Benedick the Moor, mainly due to his use of multiple flows and cadences, but this guy is considerably more experimental. However, when he locks down to more traditional rapping, he does so with a genius flow, as is well demonstrated in this video. Basically it’s easy to fall in love with Signor Benedick The Moor’s music and we expect you to do just that.

And the good news is that Signor Benedick the Moor is about to drop a physical release, via Deathbomb, of El Negro which originally came out as a 17 track, Bandcamp only, “concept” album release last year. The video above is for the bonus track off the re-released album, “h8 everybody [enter the black prince]”. We’re told it’s a live favourite, which we can believe as it’s incredibly catchy. It’s also a tad less complex than some of his arrangements, but no less thoughtful, so it’s a great introduction to The (other) Moor. Louder Than War readers will also be interested to learn the track is a hip hop tribute to pop goth groups like The Cure, with lyrics like “lips are so red that you would think I shop at Avon” and with it’s being a dark and somewhat paranoid story which references vampires. The chorus. mind, is contrastingly jolly. But I won’t spoil the video any more for you! (Except by urging you to hang with it to the very end.)

The album is also now on pre-sale (it ships f’reals on or before june 17) and to get a copy you should head over to the Deathbomb Big Cartel here.

Find Signor Benedick The Moor on Facebook here or on Twitter where he used the handle @sbthemoor.