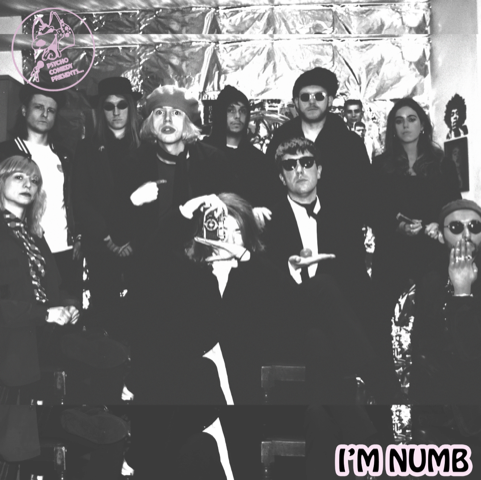 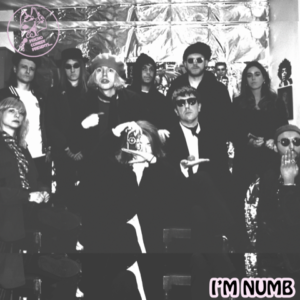 A new hedonists anthem for lockdown?  Don’t climb the walls: crank this up and hit the kitchen dancefloor instead. Psycho Comedy let Louder Than War premiere their latest video.

Early February when I reviewed their debut LP, Performance Space Number One seems like a lifetime ago now!

“Scouse psych collective combine narcissism and nihilism. poetry and groovy rock’n’roll on idiosyncratic debut album. Probably the most exciting band to emerge from Liverpool in a decade or or more.” I said.

With reference points like the Cramps, the Bunnymen as well as the Velvets and Can, Psycho Comedy are as unique a proposition as you can get nowadays – schooled in the demonology of sex’n’drugs’n’rock’n’roll as well as art-school leanings… they should be this years Horrors or Fat White Family.  Until Covid struck.   How is lead vocalist and peroxide extrovert Shaun coping with being quarantined and locked down?

“My life has basically turned into Pringles and beer, Curb Your Enthusiasm and 6 Music, oh and writing new Psycho Comedy material. Lockdown is great of a day but shit at night. We all like to come out and play at night, don’t we? I’ve been reading ‘On The Road’ by Jack Kerouac that Sophia got me, so he’s been filling me with exuberance and life whilst having no energy.”

But he’s pleased with new single and video: ‘I’m Numb’. Shades of Warhol, a touch of Iggy, it’s “A late night early / morning memoir. Laced with a sinister tone and black comedy. It’s an unapologetic confession of one’s debauched mindset…. With the tempo and rhythm reflecting the heartbeat of the character...”

Psycho Comedy are an art collective from Liverpool. Since their formation in 2015, they have now grown into a group of seven with a poet (Matthew Thomas Smith) and an in-house artist (Sophia Rose Powell) now frequent collaborators with the unit. In their work, Psycho Comedy aim to paint a world not only through rock’n’roll music but through many forms of art, including poetry, photography and film.

Psycho Comedy are completely unlike most new boring identikit ‘Rock School’ business-plan, options-open, genre-dabbling wanna-be’s… they have a vision and self-belief which will attract an outsider audience of like-minded lost-souls, hedonists and romantics who believe that soul and grit and (artistic) gold can be found in the gutter.

Performance Space Number One comes across like the debut albums by the Horrors and Fat White Family – out of time/out of place oddities from the fringes -with some fresh ideas, but others borrowed from shadowy corners of the past. It’s a statement of intent …a flawed but magnificent debut.