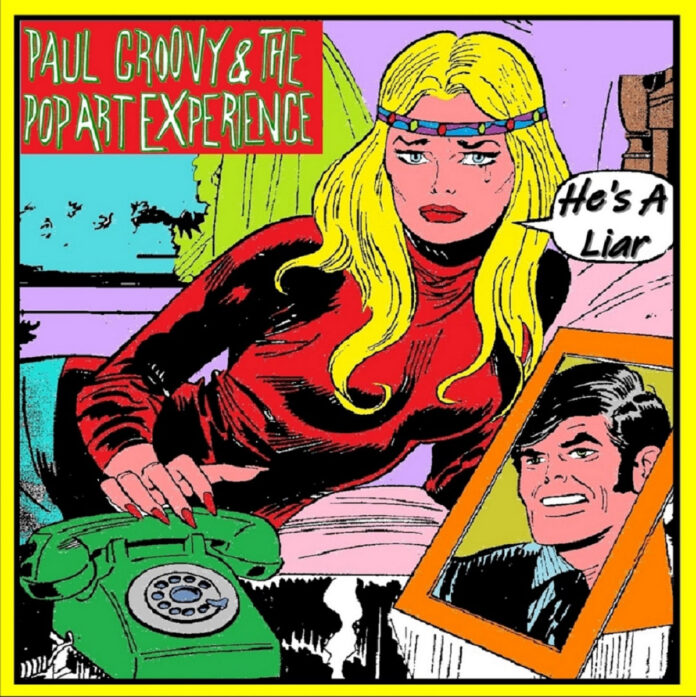 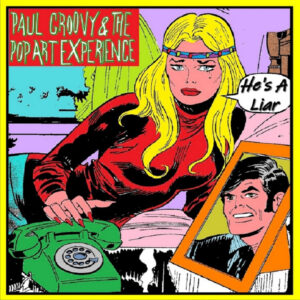 Paul Groovy is a genuine legend and his story has never really been told.

A kid from Portsmouth, born in the Sixties, discovered Bowie at twelve, punk rock as a teenager, but his whole outlook changed when he heard the Elektra records Nuggets compilation of ‘Original Artyfacts from the First Psychedelic Era’ and started seeking out like-minded fans in London…

He was there at the birth of a pop-cultural shift when music-obsessed outsiders decamped to London to create their own scene from scratch… He only played a minor role and he never reaped any rewards, too busy having fun, but he can say with hand on heart that he was there, and life was never the same again.

Paul Groovy was part of the early Creation Records scene, helping Alan McGee hand-fold and wrap 7″ singles and chronicling that early scene in his Groovy Black Shades fanzine (hence his Paul ‘Groovy’ moniker, given to him by McGee himself). Paul also sang with the Creation house band backing him at legendary venues like The Living Room and Ambulance Station.

A shifting line-up of Paul Groovy & The Pop Art Experience played alongside the likes of The Jesus & Mary Chain, The Pastels, The Prisoners and The Cannibals. The man must have some stories, and have had good-times others can only dream of.

Fast Forward thirty-seven years and Groovy and his latest line-up of the Pop-Art Experience look and sound like a world-beating garage-band from the current international underground of psych-garage-outsider scene.  They had a fantastic track on the Rebel Rousers. Raving Pop Blast compilation -which got a deserved ten out of ten in these online pages.

The label this release is on, Spinout Nuggets, has brought out some of the very best heroically cult rock’n’roll by cult heroes this year with platters from young Bullybones and (older) Armitage Shanks among others.

With new and retrospective albums on the way, this double A side seven inches of garage goodness is the perfect introduction to the Paul Groovy & The Pop-Art Experience, who, in their current incarnation, are:

Jane Hornet – formerly the Queen in the Green Hornets, on stand-up drums and backing vocals, Steve Pop on guitar and Tone E on bass.  It is now a band of equals: All of them legendary Pompey scene figures hiding behind psychedelic pseudonym surnames. (try saying that without your teeth in). Steve is a DJ and Tony an author and both are lovers of and fighters for the local music scene.

The Single: One track is a 13th Floor Elevators song and the other, an original but both are sheer quality.

Limited to 300 hand-numbered copies, the band use Beatles harmonies and key changes, and with their stand-up girl drummer, they have often been compared to The Velvet Underground. They add 70’s Punk sensibility to a 60’s Paisley Underground vibe.

This is a single which reviews itself.  If you are unfamiliar with the original You’re Gonna Miss Me  this version sounds more like  I Can’t Explain and the Mary Chains In A Hole melded together to me.

He’s a Liar, a Groovy original is a treat too: big guitars, girl-group harmonies, a Velvets meets Ramones via the Seeds sound… and the video is a sheer Pop-Art Experience in itself.  Enjoy!

It is excellent stuff – in the way that it captures the freshness of a first rehearsal, a jam. That moment when a band assemble and play their heart out for the first time, usually covering a favourite old song, when the moment of realisation hits that ‘we are fucking great! We sound like (insert fave band)’. But that was always the intention of Paul Groovy with or without The Pop Art Experience. The moment, the now… lets get up and do it!  Instant Fun. The sound we know and love. Garage Pop, past, present and future – same as it ever was. Rockin’, wild & Groovy.

Buy from vinyl from here

All words Ged Babey with press release content in italics. Artwork by Paul Groovy. Against the Tide documentary footage used with kind permission of Matthew Tiller.