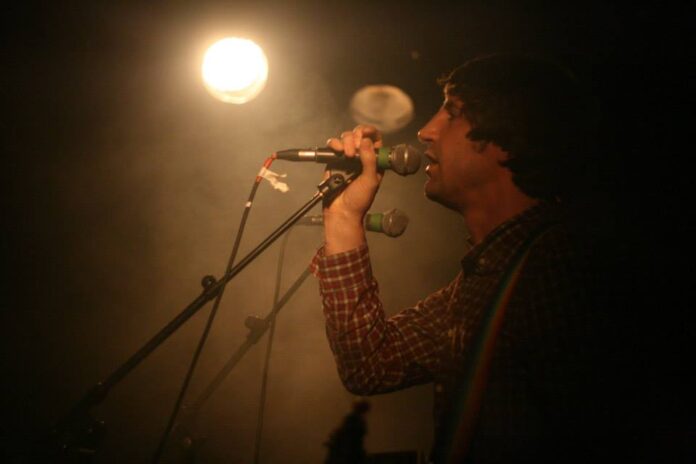 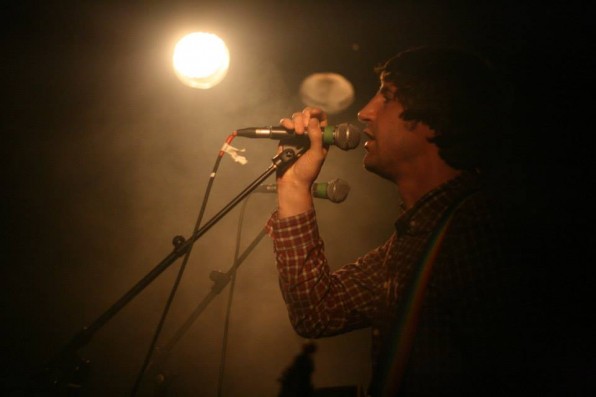 Louder Than War are thrilled to be able to premiere the new video by London singer songwriter Mat Motte and his new band. They’re collectively called Mat Motte and the People That Hate Him and the video is for the single Summer Song.

It’s been some time now since Mower’s “People Are Cruel” album reassured us that drinking, hangovers and inappropriate behaviour are actually, well, pretty good.

Great, then, that this amiable Londoner oddball should be back to scream at us once again. A swimmingly eccentric new single, “Summer Song”, is out on July 21. It’s a glorious catchy bastard of a tune, and it is hollered reassuringly loudly. Oh yes.

You can watch the Benny Hill-esque video, complete with sock puppets and band members propped up trees, below (or on this link if you’re on a smart phone).

Mat and his band launch the single with a gig at the Barfly, London, on Saturday (July 19). Mat Motte and the People That Hate Him will be onstage at 11pm.

Matt Motte is on Facebook and he tweets as @matmotte.

All words by Andy Barding. More writing by Andy on Louder Than War can be found at his author’s archive.