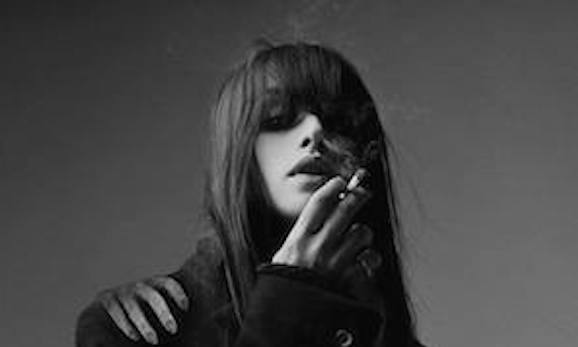 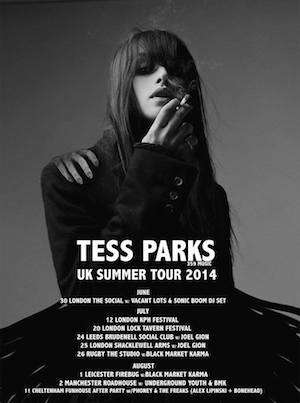 To help promote her upcoming tour Tess Parks has just released a new video for a track off her debut album, Blood Hot, which came out last year on Alan McGee’s 359 Music label. Louder Than War are thrilled to be able to premiere the video for you today so get scrolling and check it out, along with those live dates, below.

As is customary with pieces we put up about 359 Music artist we’ll start with a quote from the man, Alan McGee, himself, who says about Tess:

“She’s only 23 and is already an amazing songwriter she just doesn’t quite know she is yet … her most beautiful quality is her lack of ego. Tess is an amazing lady”.

Tess is a musician and photographer born and raised in Toronto, who has flitted between Canada and London ever since she was seventeen. In 2012, in Toronto, she assembled her amazing psychedelic backing band of “sexy and talented musicians”, The Good People. Early in 2013, she released a self-funded EP Work All Day / Up All Night, and began demo’ing songs, which were available via Bandcamp. Then Alan McGee entered the picture and invited her to record her debut album on his new label, 359 Music.

“I was brought up on Creation bands. I saw Oasis for the first time when I was eleven and it changed my whole world. That’s when I knew I had to play music,” she explains. Tess has hung out with the likes of the Dandy Warhols and met Alan McGee in London on the set of the film, Svengali. “We stayed in touch, that was it really. I just got so lucky. It is an honour to know him.”

Reviews have favourably compared her with the likes of the Jesus & Mary Chain, Mazzy Star and the Brian Jonestown Massacre – whose main man, Anton Newcombe, has subsequently recorded with Tess. She’s also performing with another BJM name, Joel Gion, as well as hooking up during her UK visit with Phoney & The Freaks (including ex-Oasis guitarist Bonehead).

The remaining dates on her tour are:

The video we’re premiering is for the track Life Is But A Dream. It’s a beautifully restrained, downbeat, mesmeric and entrancing number whose lofi drones one can imagine becoming fully bewitched by if one were to hear it played live.

So i guess what i’m saying is go and see her live at one of the dates above.

(IF YOU’RE ON A SMARTPHONE AND CAN/T SEE THE VIDEO GOT TO THIS LINK ON YOUTUBE.)

Tess’ 359 Music website page is here: 359music.co.uk/rosters/tessparks. She can also be found on Facebook and she tweets as @tessnormaparks.