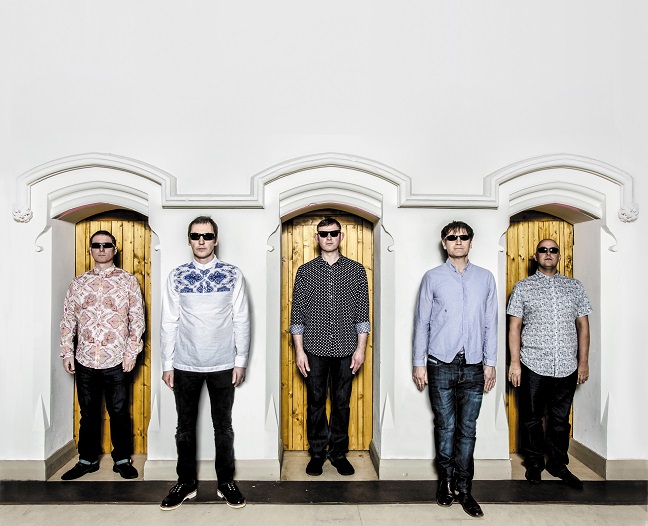 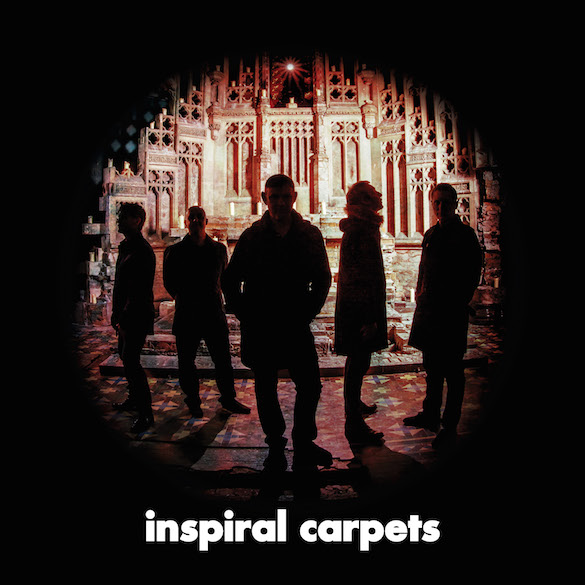 The Inspiral Carpets are due back with their first studio album in twenty years on 29 September 2014, the cover art for which can be seen above. Entitled simply Inspiral Carpets it’ll be released through Cherry Red Records with the first single off it being Spitfire. We’re thrilled to be able to premiere the audio for this single for you today – check it out below. A week before the video proper for their new single ‘Spitfire’ is premiered via Muzu TV (on August 12th), the Inspirals have uploaded the track to YouTube for their fans to hear. ‘Spitfire’ has also just been confirmed on the evening playlist for XFM…

Spitfire will be issued on 25 August on 7″ vinyl and download and it’ll be accompanied by an exclusive B-side ‘Controller’. Both the video and the photo for the album cover were shot at Gorton Monastery, one of Manchester’s most notable, historic landmarks. The album also boasts a unique collaboration with legendary punk poet John Cooper Clarke.

On 6 June the Inspirals played at another famous local location, Manchester’s Band On The Wall – all 350 tickets for which sold out in a record ten minutes! The show was filmed for release later this year. Other performances have followed, including the Isle Of Wight Festival and T In The Park. More are lined up – see below the video.

”The songs were worked on in batches,” explains Craig. “We recorded them quickly to keep them fresh and I think all this shines through in the music. It has captured the edginess of the old Inspirals’ sound and hopefully offers a nod to the future, too.”

Martyn agrees: “Ideas are easy, implementation is hard, as the saying goes, but with this album, the idea that Inspiral Carpets are a band that can still deliver exhilarating, no nonsense and relevant music has been delivered superbly!”

“Since returning to the band in 2011, I have been excited by the thought of writing and releasing new material,” adds Stephen. “We have had the chance to come full circle from the early days of dung 4, Planecrash and Trainsurfing.” 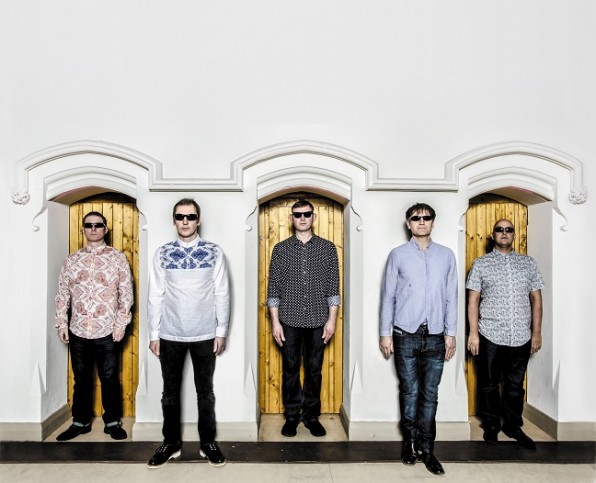